Schleswig-Holstein has pioneered the generation of wind power in Germany. Largely rural, the northern state has capitalized on the renewable energy boom and hopes to be exporting electricity soon. 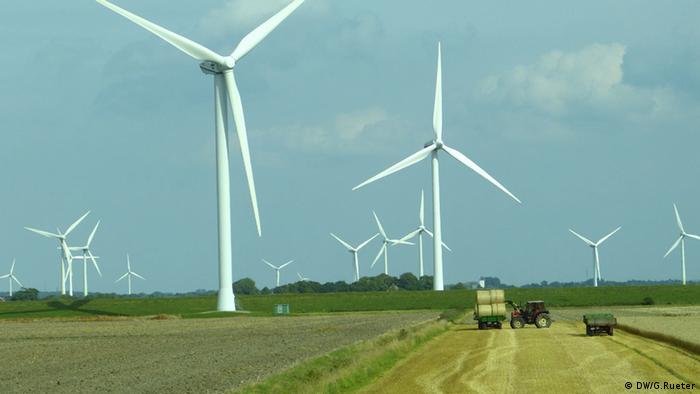 On the North Sea coast in Friesland, Germany's ambitious energy transition targets are already tangible; hundreds of wind turbines are in use, and most farms have solar panels on their roofs. Some grow corn for use in biogas plants.

In the last 25 years, the people and farmers of Schleswig-Holstein have worked to decentralize energy production, investing several billion euros, the kind of money that only large corporations can normally muster.

"Nine out of 10 windmills are owned by local residents," according to Nicole Knudsen from the Association of Wind Energy, which is based in Scleswig-Holstein. 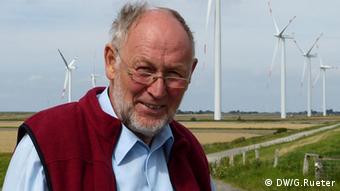 "In some villages, three-fourths of residents are already involved, a substantial number that truly represents the people."

Ernst Hinrichsen is one of those citizens; the former judge took out a loan from his bank to pay for a share in a local wind farm. The banks here know the business and that it works.

Selling the electricity pays for the loan. Hinrichsen, who is an advisor for the Galmsbüll wind farm, says a seven to eight-percent return on investment is the norm.

In the past, wind power was a bone of contention in many villages. Farmers were compensated as the windmills were erected on their land, but nobody else profited.

"People were green with envy and neighbors quarreled," Hinrichsen recalls.

Now, the wind farms are designed to benefit all - costs are kept low and profits are being shared out. "We pay rent for the land we use, and the amount is the same for everybody," says Jess Jessen, a farmer and executive director at the Galmsbüll wind farm. In addition, farmers receive compensation for the land used by the wind farms, because they cannot be used for farming.

Introducing rental fees has also had another advantage: "We've had two major technological innovations in the last five years," Jessen says, adding that the system allows wind farm operators to be flexible and erect bigger and more efficient plants.

Today, the mood in Galmsbüll is much better than in those early years. Out of 500 residents, 430 are involved in a new wind farm. "We needed 4 million euros, and in the end we collected 10 million from residents. It shows that the idea of citizen funding has taken root here," Hinrichsen says. 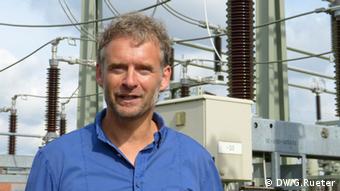 Jessen says wind power in the region benefits all

People are generally positive about wind power in Schleswig-Holstein these days, with 70 percent in favor of new facilities being built. By 2020, Germany's northernmost state plans to boost wind power from the current 3,700 megawatts to 9,000 megawatts.

For local councils, residents and farmers, renewable energy - especially wind power - has become a major source of income. Local authorities make 50 million euros annually from the trade tax paid by the industry. Farmers and residents can boost their income and benefit from an improved job market. Around 7,000 people work in the industry.

Over half of the state's power supply comes from renewable energies, 70 percent of which come from wind power, 20 percent from biomass and a further 10 percent from photovoltaics.

Schleswig-Holstein is the first German state to have a ministry for the energy transition,which also deals with agriculture, environmental issues and rural development.

By 2015, the state's energy demands are to be covered entirely by renewable energy sources, by 2020, twice or possibly even three times that amount is earmarked for export to neighboring regions, especially to nearby Hamburg.

"Conditions here are generally very windy, and this is why we can provide cheap electricity," Ingrid Nestle, deputy minister for energy and agriculture told DW.

The regional government has already doubled the amount of land available for wind farms to allow for more investment. It also engages with residents at an early stage to keep them informed about the necessary grid upgrades and possible building sites. 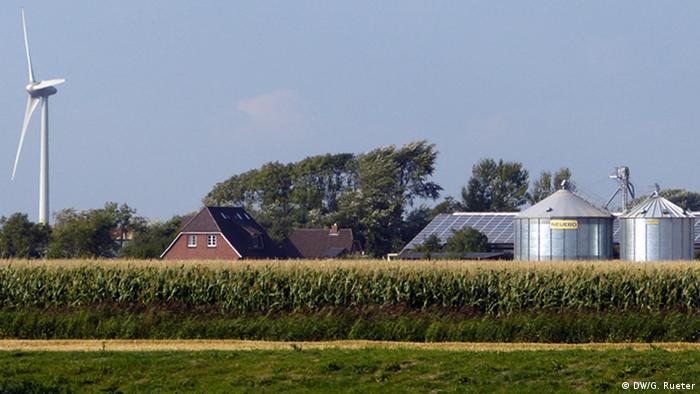 Many residents boost their income via wind power projects

Power from renewables also needs to be stored, which is why an underwater pipeline is planned from northern Germany to Norway. "There we have huge water reservoirs that can serve as storage space, and so far it's not being used," Nestle says.

She believes the energy transition will be a big boon for rural regions like Schleswig-Holstein. It is up to the local and regional governments to create the necessary frameworks and get residents involved:

"That's how residents become active participants. And that makes them amenable to the cause, so that money can be mobilized and ideas become reality."

A single newspaper report about German energy policy managed to cause a stir - but only in Germany. Was it a case of media hype – or did the EU backpedal after an unexpectedly strong reaction from Germany? (20.07.2013)

Do German offshore wind farms have a future?

Often hailed as the showpiece of German efforts to promote renewable energy, until recently there was general approval for the country's offshore wind farms. Now, however, the policy is falling out of favor. (03.04.2013)