Do German offshore wind farms have a future?

Often hailed as the showpiece of German efforts to promote renewable energy, until recently there was general approval for the country's offshore wind farms. Now, however, the policy is falling out of favor. 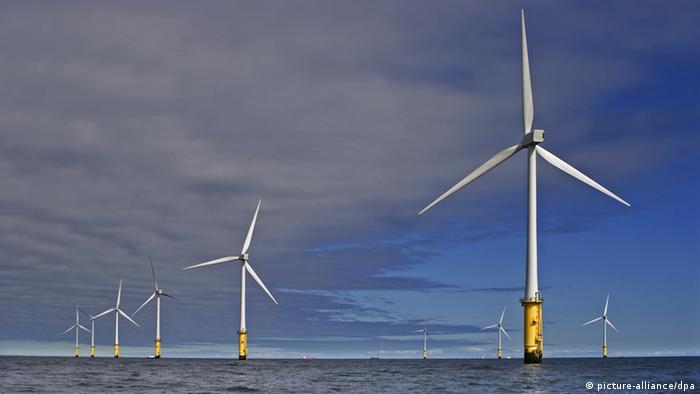 Off the coast of northern Wales, electricity provider RWE is running its "Innogy Windpark"

German electricity is to become greener. That's the official stance of the government since its decision two years ago to go for an "energy turnaround" - opting to shut down all nuclear plants by 2022 and boost electricity from renewable sources.

It's a decision that has sparked a lot of controversy, as the path towards clean energy is lined with obstacles. Consumers complain about prices going through the roof, industry demands more financial support for the development of new technologies, while policymakers just seem rather lost. Everyone wants the turnaround, but no one seems to be able to agree on exactly how to achieve it. The latest quarrel in this affair is about offshore wind farms.

Wind power: too expensive to include?

Building offshore wind farms is "the wrong road to go down, both economically and technologically speaking," concludes an analysis by the consumer rights group the Federation of German Consumer Organizations (VZBV). The organisation is opposed to the commissioning of any further offshore projects, according to Niels Schnoor.

"It doesn't make sense to support this technology, as it is too expensive," said the VZBV's Schnoor. "There are more economical methods than that of offshore technology."

He added that it would be in consumers' interests to bring about the energy turnaround as cost-efficiently as possible. 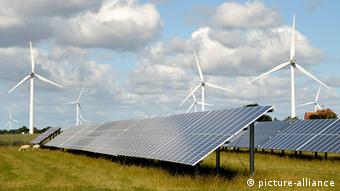 Renewables on the rise: Germany wants to phase out nuclear power by 2022

There is even support for this argument from the German Wind Energy Association, itself a lobby group for both on- and offshore wind farms. "The energy turnaround must not become too expensive. This is also the idea of the Renewable Energies Law (EEG)," says Matthias Hochstätter, an adviser to the association.

As a result, financial support for the industry could be reduced, meaning relief for consumers. "Less reimbursement means that production has to become more efficient. If that should not be possible, wind energy will lose its credibility," Hochstätter says, adding that the industry would therefore have to make more of an effort.

But who is supposed to pay for the turnaround? A valid question, but not the most pressing one, according to Stefan Gsänger of the World Wind Energy Association. At present, he says, the discussion is a one-sided one about costs, a juggling of numbers, that does not reflect the reality on the ground: "In an interview, the environment minister recently said the energy turnaround would cost 1 billion euros ($1.28 billion). That figure does not make sense. You have to look at it more closely: How much of this is investment that will later generate revenue?"

According to Gsänger, the expenses for oil imports over the next 20 years would be higher than the overall investment in renewable energies. But Gsänger, too, says that, compared to other forms of renewable energies, offshore wind farms would indeed be more expensive. 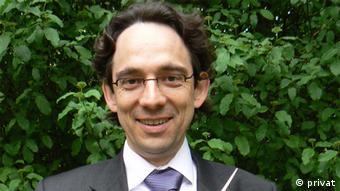 Gsänger: 'Offshore technology will be important for the export sector.'

Wind power is to be part of the German "energy mix," there's no doubt about it. But it's not the wind far out at sea that will contribute to German electricity. "The energy turnaround will happen onshore, not offshore - that much is certain," says Matthias Hochstätter. It's this source of energy that will provide the main part of the future energy mix. According to Hochstätter, southern Germany in particular still has a lot of potential for onshore wind farms.

One disadvantage of offshore installations is the geographical conditions. "Unlike Germany, many other countries are increasing their focus on offshore wind energy. But there the wind farms are closer to the coast, and this is impossible for Germany as we have the tidal flats here," Schnoor says. Germany would therefore be the only country that has to erect its wind parks far offshore - which, from an economic point of view, makes no sense.

Is it possible to go without?

So can Germany do away with offshore wind energy completely? Not according to Hochstätter. There's no form of renewable energy we can afford to do without, he says, and offshore wind power is no exception. Besides, he adds, the technology is still in the development phase and requires more investment: "Once the learning phase is over, even energy coming from offshore facilities will be cheap. It's just important that, at the current stage, we handle our finances more carefully." 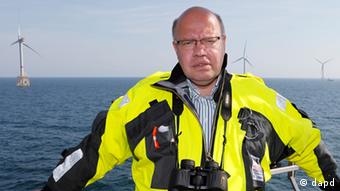 In either case, it's technology of the future that it's best not to ignore, says Gsänger: "In the long run, the new offshore method is likely to be an important export technology." If Germany were to shelve it altogether, it would be moving away from a technology that is increasingly in demand in other markets.

That's a view Schoor and his colleagues from the consumer rights group are ready to share. "We're not asking for a complete shutdown of the offshore facilities. But we want to see their expansion reduced. The current goal is to extend offshore wind farms to output of 14 gigawatts by 2020," explains Schoor. He believes that an expansion of up to 5 gigawatts is enough to achieve the energy turnaround, and that attention should be focused instead on onshore and photovoltaic facilities.

The surf in the Bay of Biscay, off Spain's north coast, has claimed countless lives in shipwrecks over the centuries. Spanish engineers have found a way to harness the power of these waves to produce electricity. (03.04.2013)