Two Pakistanis and two Afghan minors were arrested in North Macedonia for allegedly abusing other migrants "in an extremely cruel and humiliating manner." 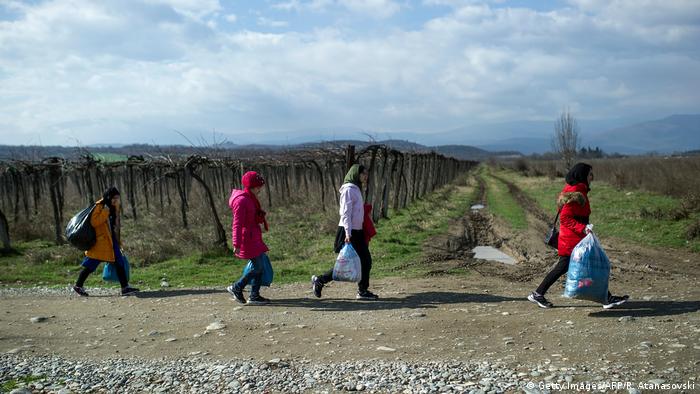 A group of two Pakistanis and two underage Afghans was detained in North Macedonia over crimes they allegedly committed against other migrants, local authorities said on Sunday.

The four detainees are suspected of being a part of a human smuggling ring. Prosecutors claim the group set up improvised camps near the Serbian border where they would house migrants who had arrived from Greece in hopes of reaching western Europe.

The suspects would "detain migrants in the camps by force and they would take away their cell phones and personal documents, making any communication outside of the camp impossible."

According to the prosecutors, the four suspects also physically abused their victims, and sent photos to the victims' families in order to extort money for their release.

They treated the camps' residents "in an extremely cruel and humiliating manner" including sexual abuse, officials said.

However, two of the migrants managed to report the group after leaving the camp and crossing the border into Serbia.

This prompted a joint effort by security services in North Macedonia and Serbia, officials said. The authorities raided the camp over the weekend to discover 35 migrants, including nine 14- and 15-year-olds.

If convicted, the suspects would face a minimum sentence of eight years in prison.