Police have linked the individuals to the "Islamic State" terror group. In November, an Austrian-born man of Macedonian-Albanian descent carried out an attack in Vienna, killing four and wounding several others. 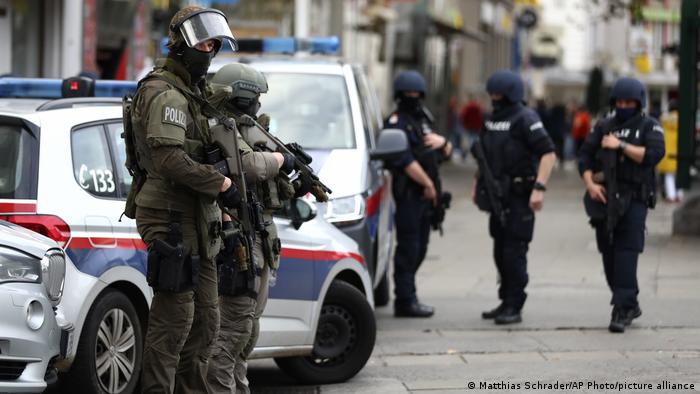 Police in North Macedonia have detained eight men on suspicion of planning terrorist attacks in the name of the "Islamic State" (IS), the Interior Ministry said Monday.

In addition, officers seized a large weapons cache as part of an operation that saw the men, aged between 21 and 31, arrested late on Sunday.

One of the suspects had a previous conviction for being involved in IS activities.

The eight were arrested in Skopje and Kumanovo after a monthslong investigation, the ministry said in a statement. If found guilty they face up to 10 years in prison.

North Macedonian law enforcers uncovered a supposed IS cell in September. The eight suspects arrested on Sunday are alleged to have links to that group.

On November 2, an Austrian-born man of Macedonian-Albanian descent went on a shooting spree in Vienna, killing four and wounding more than 20 others, before being shot dead by police officers.