Kim Jong Un said he would watch the actions of the United States a little longer before making any decision on firing missiles towards the US territory of Guam. South Korea has called for a peaceful solution. 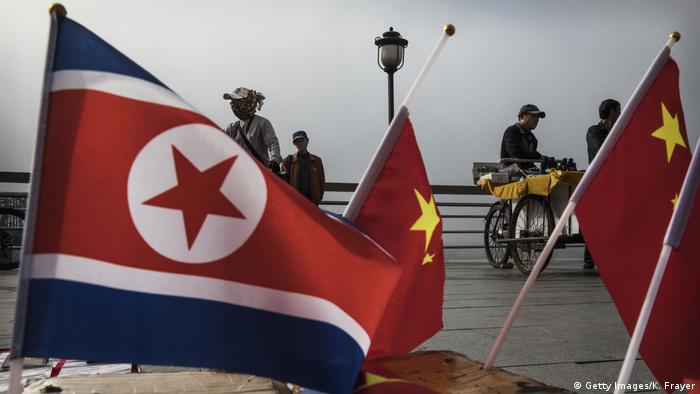 North Korea has said its leader was briefed on military plans to launch missiles into waters near the Pacific-US territory as part of its effort to create "enveloping fire" at Guam, home to key US military bases.

Kim Jong Un made his first public appearance in about two weeks on Monday. A report by the official KCNA news agency showed him inspecting his army command, examining the alleged plan and discussing it with army officers. Kim praised the military for drawing up a "close and careful plan"

Read more: Guam - what you need to know

Kim "said that if the Yankees persist in their extremely dangerous reckless actions on the Korean peninsula and in its vicinity, testing the self-restraint of the DPRK (North Korea), the latter will make an important decision as it already declared," the KCNA report said.

In a televised speech on Tuesday, South Korean President Moon Jae-in said the North Korean situation must "absolutely be solved peacefully" and there could be no US military moves without South Korean consent. Moon said his government would "put everything on the line to prevent another war in the Korean Peninsula."

Tensions between North Korea and the US surged last week when Pyongyang said it might strike the strategically important US territory with a missile after US President Donald Trump warned he would unleash "fire and fury" on North Korea if it threatened the United States. 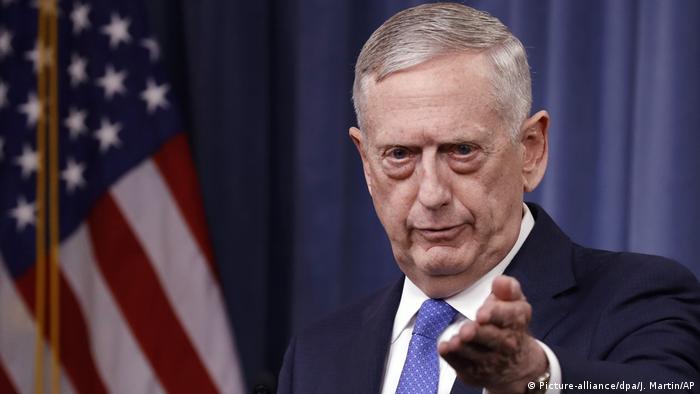 Jim Mattis: Any such North Korean attack could lead to war

"The United States, which was the first to bring numerous strategic nuclear equipment near us, should first make the right decision and show through actions if they wish to ease tensions on the Korean peninsula and prevent a dangerous military clash," Kim was cited as saying in the report by KCNA.

US Defense Secretary Jim Mattis said the US military would intercept a missile fired by North Korea if it was headed to Guam. "The bottom line is, we will defend the country from an attack; for us (US military) that is war," Mattis said.