Despite a lot of fanfare over arms reduction on the Korean Peninsula, Pyongyang has announced it is testing new weapons. It says it has long been developing its new weapons system, which was tested on Friday. 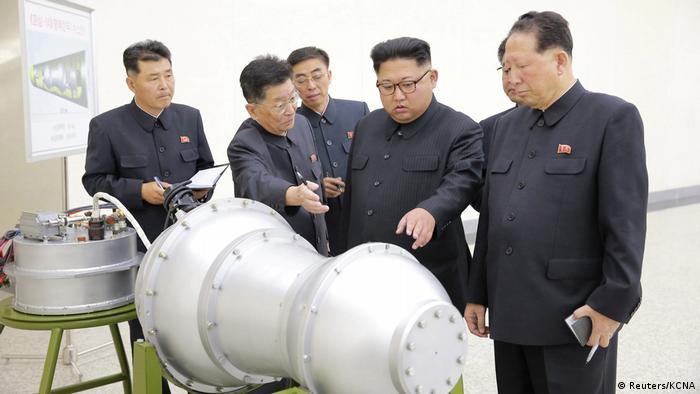 The weapon was not described, but the test was reportedly successful.

The test gave Kim "great satisfaction" and he said it marked "a groundbreaking turning point in strengthening the fighting power of our military," KCNA news agency said.

The incident marked the first official report of a weapons test by North Korea since it began talks with Washington over its nuclear and missile program.

Pyongyang has tentatively agreed with Washington not to develop nuclear or ballistic missile weapons. The latest weapons test did not appear to be either of those, however the development highlights the fragility of the agreement and could influence stalled diplomacy talks between the countries.

The dangers of goose-stepping

After the reported weapons test, the US State Department said it was "confident" the process remained on track.

"At the Singapore Summit, President Trump and Chairman Kim made a number of commitments regarding final, fully verified denuclearisation and creating a brighter future for North Korea," a statement said.

"We are talking with the North Koreans about implementing all of those commitments. We remain confident that the promises made by President Trump and Chairman Kim will be fulfilled."

Despite positive rhetoric from the Trump administration, intelligence reports and image analysis indicating an increase in weapons production provide a reminder of the difficult path ahead in disarming North Korea. (04.07.2018)