North and South Korea have officially announced they will hold bilateral talks on improving relations next week. They will be the first such talks between the two nations since December 2015. 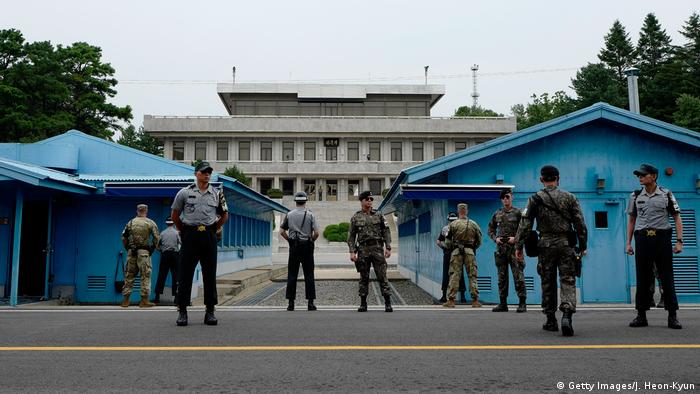 The Defense Ministry in Seoul confirmed on Friday that North Korea had accepted an offer of high-level talks scheduled for January 9.

The meeting, which will take place at Panmunjom (pictured above), a village in the fortified Demilitarized Zone dividing the peninsula, will cover the North's participation at the Pyeongchang Olympics "and the issue of improving inter-Korean relations," ministry spokesman Baek Tae-Hyun told journalists.

Tensions have been running high since Pyongyang conducted a series of missile launches in 2017, including ICBMs, and its sixth nuclear test. Bellicose statements from US President Donald Trump, most recently pointing out that the US has many more nuclear weapons than North Korea, have also raised tension in the region and around the globe.

The North's leader, Kim Jong Un, warned in his New Year speech he had a nuclear button on his desk, but also indicated he might be open to talks.

In return, South Korean President Moon Jae-In and his US counterpart agreed late on Thursday to delay joint military drills until after the Winter Olympics in Pyeongchang, which begin on February 9.

On Wednesday North Korea restored a cross-border hotline to the South to discuss its participation at the Olympics.

The hotline, which is situated in Panmunjom, was cut by the North in 2016 and the two countries have not used the channel in more than a year due to increasing tensions over North Korea's nuclear and ballistic missile programs.

South Korea has said it is well prepared should the North take part in the Olympics.