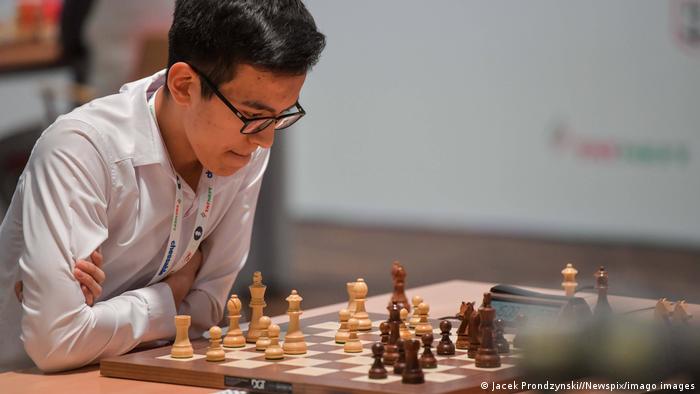 Abdusattorov won the title after defeating Nepomniachtchi in a tie-breaker

Abdusattorov only lost one match, against the Ukrainian Anton Korobov, and tied in five others. This gave him a score of 9.5 points.

He racked up seven wins in the 13 rounds of the tournament, including in his match against the previous champion, the Norwegian Carlsen.

Carlsen, 31, won five world chess titles in a row, most recently the World Chess Championship in Dubai. Before Abdusattorov's victory on Tuesday, Carlsen had had complete stranglehold on chess' most prestigious titles in all time formats. 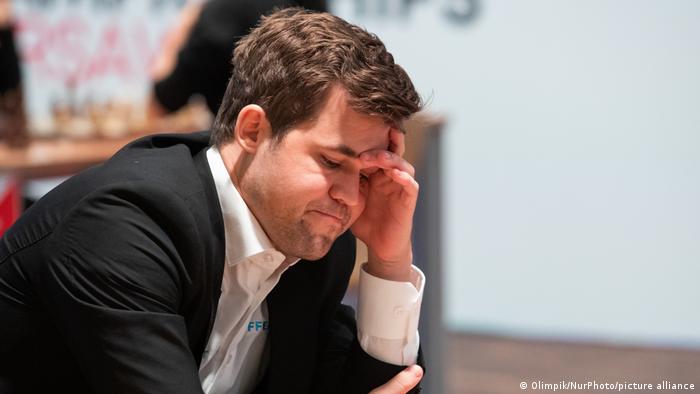 How did the rest of the championship go?

In the World Rapid Chess Championship, each player had 15 minutes on the clock, plus 10 additional seconds per move.

In the 13th round of the championship, Abdusattorov, Nepomniachtchi, Carlsen and the American Fabiano Caruana were all tied at 9 points.

On the last day of the rapid competition, Carlsen began the day as leader with a half-point advantage but ended up making a mistake early on in his match against Abdusattorov.

Although the four players ended up tied at 9.5 points, the tie-breaker was reserved for the two players with the best overall statistics. Carlsen called this rule "completely stupid."

Carlsen said on Twitter: "Squabbles about the rules aside, what an absolutely incredible achievement!"

The World Blitz Chess Championship will start this Wednesday at the same venue, where players will have 3 minutes on the clock. Carlsen will also be defending his title in this championship.

Carlsen: 'Then everything kind of clicked'

With material from the EFE news agency