A group of Nobel Prize laureates has urged the government of Cameroon and separatist rebel forces to cease fighting and let health workers tackle the coronavirus pandemic. 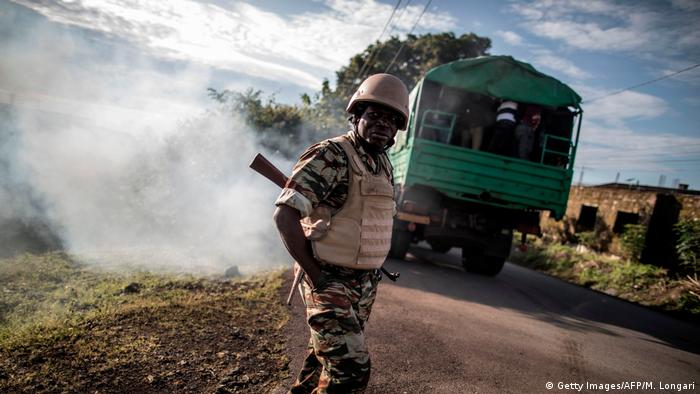 The Global Campaign for Peace and Justice in Cameroon on Monday asked the African Union, the Commonwealth and La Francophonie to urge the government of Cameroon to call for a "COVID-19 ceasefire."

The declaration was made after the United Nations Secretary General Antonio Guterres called for global ceasefire in countries in conflict to tackle the coronavirus outbreak.

"It is one of the great neglected conflicts of our times," said Dr. Simon Adams, Executive Director of The Global Centre for the Responsibility to Protect.

"The question of why now is something many people will be asking but I think there are many people in the world who don't know about Cameroon," Dr. Simon, also a signatory of the declaration, told DW.

"While people in West Africa and in Cameroon are very aware of the suffering and hardship that has been endured for such a long time, it's to the discredit of the United Nations Security Council that it has not formally addressed the conflict there and it has not been covered widely in the media."

"We signed the declaration because we want to see more international attention brought to what is one of the most devastating conflicts affecting Western Africa at the moment," Dr. Simon added.

The conflict in Cameroon began in 2016 when activists in the two English-speaking regions complained of marginalization and called for independence. More than 3,000 people have been killed since clashes broke out between government forces and Anglophone separatist rebel forces. More than half a million people have fled their homes.

Cameroon has one of Africa's highest rates of COVID-19 infection. Bamenda, the capital of Cameroon's northwest region, has been at the heart of the three-year conflict. The separatists are fighting to create a state they call Ambazonia.

Read more: Cameroon's separatist leader is willing to talk peace, but only with UN backing 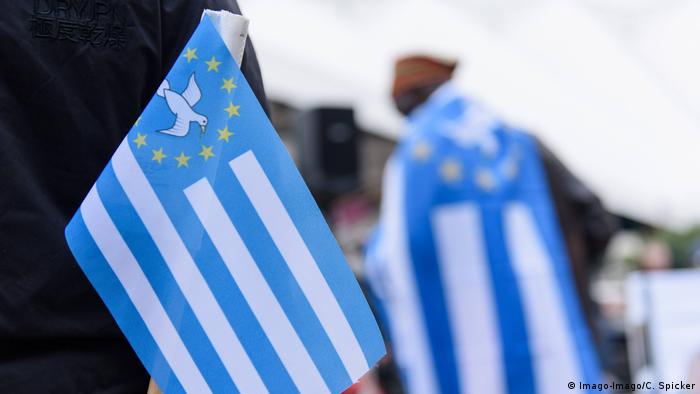 In 2017, secessionists declared the Anglophone parts of Cameroon, known also as Southern Cameroons, as an independent nation called Ambazonia

Frequent gun battles, lockdowns, road blocks and now the COVID-19 pandemic have made life difficult for the majority English-speaking population. Cameroon now has almost 12,000 confirmed cases of the coronavirus, with 303 deaths (as of June 22).

Several cases of attacks against doctors and nurses have been reported since the coronavirus outbreak began.

"On the May 29, seven of our health care workers were abducted and remained in the bushes for three days," said Professor Pius Tih, director of the Cameroon Baptist Convention Churches Health Services.

"On June 4, again three others were taken to the bush but were released in the night. And as we talk, four of our workers that went into the field yesterday to do HIV/Aids and COVID-19 sensitization have also been abducted and are still at large," Prof. Tih said.

According to the professor, many health workers are afraid when they see armed government and non-government troops. "We need to identify cases quickly, isolate them and treat those that you can treat while preventing more infections in the community. We are unable to reach out to the communities to do this."

Health officials warn that if preventive measures — such as washing of hands, wearing masks and maintaining physical distance — are not observed, the number of infections could rise further.

The northwest region's only COVID-19 treatment center is housed in a government-run hospital. It has a pre-isolation ward, quarantine center, diagnostic laboratory and other facilities for people infected with the coronavirus. Bamenda, Cameroon's third-largest city, has amore than 500,000 inhabitants.

"Since we have more intense cases which are moderate or severe, the doctors see patients as often as need be," Mercy Fundoh, head of the solidarity ward, told DW.

"We try to do a clinical evaluation of these intense cases at least on a daily basis and sometimes twice a day."

Scot, a resident in Bamenda, said the Coronavirus pandemic brought more uncertainties than the Anglophone crisis. "With coronavirus, the risk is just so high. You might get into a public space and contract the disease," Scot, who did not wish to give his second name for fear of reprisal, told DW.

"For the crisis, you know that there are some places that you are not supposed to go and certain things to do and not to do to avoid getting into trouble," he added.

Some observers suggested foreign mediators should be used to find a solution. In March, separatist leader Sisiku AyukTabe told DW he was open to dialogue but on the condition that a UN mediator leads the process.

"It will be a shame for the international community to wait and come late, as was the case in Rwanda," AyukTabe told DW.

A military court convicted and sentence AyukTabe and nine members of his de facto cabinet in August 2019 to life in prison for terrorism. In an interview with DW, opposition leader Kah Walla said no foreign nation should mediate in Cameroon's domestic problems.

"To resolve the Anglophone crisis, we need a series of dialogues about different issues," she said. "So it is less about the conflict with the state, and looking more into what the state of affairs today is. We do not want the future of Cameroon to be negotiated in Switzerland."