Nobel Prize in Medicine: What makes our internal clock tick

Three Americans were awarded the Nobel Prize in Medicine for discovering how our bodies adjust to the rhythm of day and night. It's all down to a few proteins. And yes, the proteins also give us that terrible jetlag. 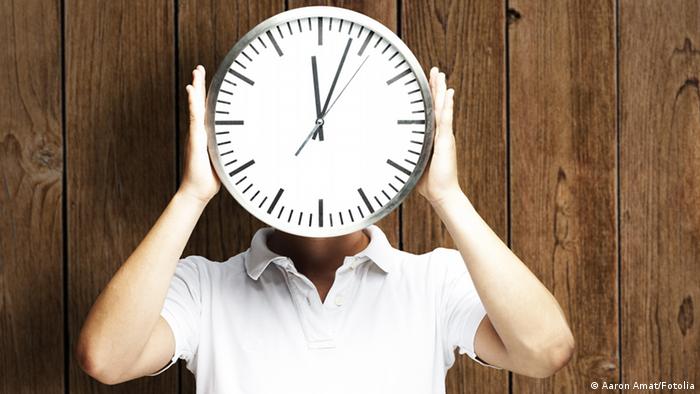 All living creatures have a biological clock - no matter if it is a plant, a fruit fly or an astronomy professor.

Jeffrey C. Hall, Michael Rosbash and Michael W. Young "figured out how it actually works," said Thomas Perlman of the Nobel Prize Committee for Physiology and Medicine when he announced the winners in Stockholm today.

For their discoveries of the molecular mechanism controlling the internal clock, Hall, Rosbash and Young were awarded the Nobel Prize for Physiology or Medicine today.

Two of the laureates - Rosbash and Young - are still active reseachers in the US - at Brandeis University, Waltham, and Rockefeller University, New York, respectively. Jeffrey Hall is now professor emeritus at the University of Maine.

"You are kidding me!" That's how Michael Rosbash is said to have responded when he heard that he had got the prize. 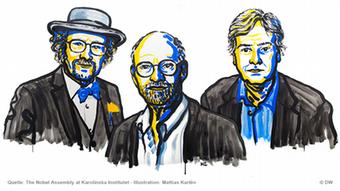 Other researchers were less surprised.

"It was obvious that it would go to these three if this research field was ever awarded with a Nobel Prize," Till Roenneberg, a chronobiologist at Ludwig-Maximilian University in Munich, told DW.

"They showed that the phenomenon of the internal clock is based on genes," he said.

Back in the 18th century, other researchers had discovered that plants have a circadian rhythm, closing their leaves at dusk and opening them again in the morning. Even if they stayed in darkness round the clock, they would still keep their 12-hour rhythm of opening and closing their leaves.

But nobody could explain at that time how the plants knew what time it was.

In the 1970s, Seymour Benzer and his team found one gene that was involved in the circadian rhythm of fruit flies. Fittingly, they called it the "period gene."

Then in the 1980s, Hall, Rosbash and Young isolated the gene.

Hall and Rosbash, who worked together at Brandeis University even then, showed that it encoded for a protein which accumulated during the night and degraded during the day.

"The protein inhibits its own production," Roenneberg explains.

So the body knows that if the amount of the protein is high, it must be night, and vice versa.

It's an ever-repeating cycle which adjusts our bodies to the natural rotation of the Earth. In evolution, living creatures had to find a way to adjust to the Earth's rotation. That's why the internal clock developed.

So, why wasn't Seymour Benzer, discoverer of the period gene not awarded the Nobel prize? Well, Benzer died in 2007, and Nobel Prizes are not usually awarded posthumously.

Henrik Oster of the Institute for Neurobiology at Lübeck University jokingly told DW that he knows two other colleagues from the same field - still alive - who had hoped for a Nobel Prize but also missed out.

Oster says he was very pleased when he heard the Nobel Prize committee's announcement. "It is a great honour for our research field," he says.

The quite young and small research field of chronobiology, which examines periodic phenomena in living organisms, only took off after the new laureates' discovery in the 1980s.

Oster describes Rosbash as "an outstanding personality, keen to debate and even quarrelsome," while Hall "stays more in the background."

Together they make a "good team."

Roenneberg adds that "all three of them are not only ingenious, but that their humour makes them very special."

"Nowadays we know that the internal clock is a very complex system," Roenneberg says. "There is not only one clock in the brain, but one in every cell of our body."

While the internal clock "is not essential for survival, it is extremely important to coordinate metabolic processes in the daily rhythm," Oster says.

Take the liver for example. It builds up glykogen from glucose during the day and breaks it down again at night, thus supplying the body with glucose. 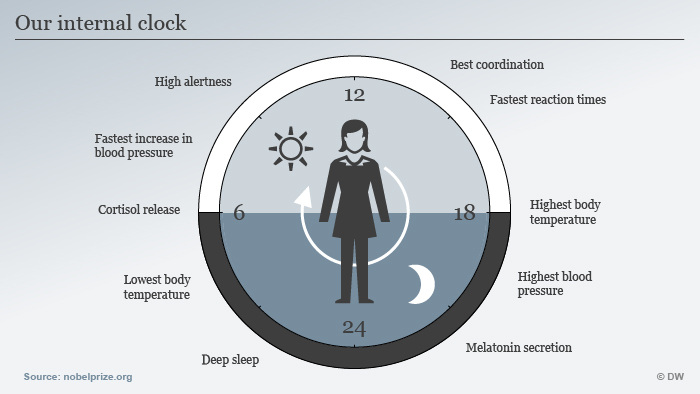 "If the building up and the breaking down were to take place at the same time, it wouldn't make sense at all," Oster says. "Both processes have to be separated in time."

When internal and external clocks do not harmonize, we feel sick, and, ultimately, get sick.

From jetlag to cancer

After flying from Los Angeles to Frankfurt, our internal clock runs slow. That's when we feel completely groggy, or as if we've been hit with a baseball bat.

While we normalize again after a few days, shift workers face a constant imbalance between external and internal clock - with negative consequences, including higher risk for diabetes, cancer and mental illnesses.

"The internal clock influences all processes that take place in our body," Roenneberg stresses.

While the internal clock is universal in all living creatures on Earth, it ticks differently in all of us, even from one human to another.

So, for instance, there are early birds and night owls. When researchers investigated skin cells of early and late risers, they found that the internal clock was ticking away a bit faster in the early risers' cells.

It is thanks to this year's Nobel laureates that we know that the internal clock is not only a lame excuse of some lazy people who can't get out of bed.

Night-time satellite images show a sea of light that stretches across populated areas of the Earth. But too much light can have a negative effect on the health of both humans and animals (28.11.2016)

New research suggests lack of sleep has the greatest impact on overall well being, beyond smoking, drinking, or stress. But that's not all. Read this and you'll be having an early night. (01.09.2015)

Sleeping pills have a bad reputation. They're said to be dangerous, addictive, and to be avoided at all costs. But for people with chronic insomnia, chemical assistance is often their only hope. (29.08.2013)

How the Brain Measures Time