Nobel Prize goes to prophets of the stock exchange | Business | Economy and finance news from a German perspective | DW | 14.10.2013

Nobel Prize goes to prophets of the stock exchange

Eugene Fama, Robert J. Shiller and Lars Peter Hansen dare to predict the future. Now they were awarded the Nobel Prize for their research on how to predict shares and index developments. 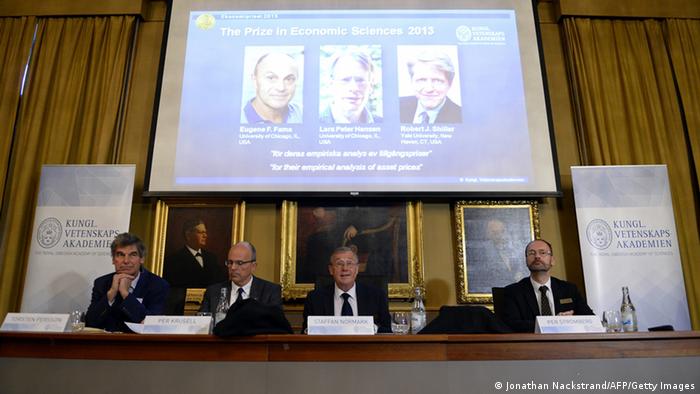 “This years' prize in economic sciences is about predictions," Permanent Secretary of the Nobel Academy Staffan Normak summed up the decision. This year's economics award goes to Eugene Fama, Robert J. Shiller and Lars Peter Hansen for their empirical analysis of asset prices.

What made their work so special was that it not only changed the view among researchers but also influenced market practice in many ways," stated Per Krusell of the Institute for International Economics Studies of Stockholm University in the jury's explanation.

Since the 1960s, Eugene Fama and his team have shown that share prices are extremely difficult to predict over short time periods like a few days or weeks. Their findings have lead, among other things, to the establishment of index funds that mirror the stock indexes.

That's why it was even more remarkable when in the early 1980s, Rober Shiller found out that the trends in the price development of shares can actually be predicted quite well – though only over a period of several days.

The Yale professor had long since been seen as a Nobel hopeful. Shiller had warned of the collapse of the US real estate market early on. In 2009, the Lehman crash proved him right and the world tumbled head-on into the financial crisis.

„Finance is a theory, that, while it has many controversial elements, also has a body of knowledge that is useful for society, and it will help improve human welfare," Shiller said in an interview broadcast live right after the winners were announced. "I am glad to see that this has been given recognition."

The third laureate, Lars Peter Hansen, is teaching at the University of Chicago like Fama. He developed a statistical method to test theories on asset pricing. 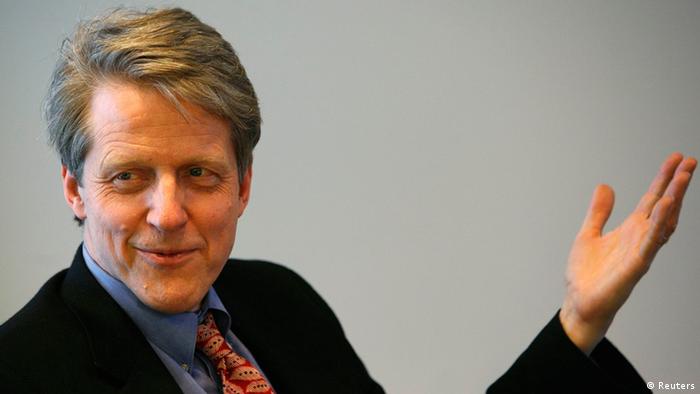 The Nobel Prize in Economic Sciences is controversial: Other than all the other Nobel prizes, it wasn't initiated by the Swedish inventor Alfred Nobel but by the Swedish Central Bank.

The prize was awarded for the first time in 1969 and the selection process is different from all other categories. Former laureates and a group of economists and institutions suggest their candidates to the committee.

The fact that this year's prize goes to the US is hardly a surprise. Since the turn of the millennium, all economics laureates have come from there. In total, about 75 percent of laureates since 1969 were from the US.

Until Fama, Hansen and Shiller can actually pick up their medals, they'll still have to be somewhat patient. All Nobel prizes are traditionally handed out on December 10, the anniversary of Alfred Nobel's death.

'A moral surge' against chemical weapons

Chemical weapons rank among the worst weapons of modern warfare. DW talked to Ralf Trapp, who co-founded the Organization for the Prohibition of Chemical Weapons, which just received the 2013 Nobel Peace Prize. (13.10.2013)

Martin Karplus, Michael Levitt and Arieh Warshel have been awarded the 2013 Nobel Prize in Chemistry. The trio were recognized for their development of multiscale models for complex chemical systems. (09.10.2013)