Nobel economist urges Greeks: Vote ′yes′ in the referendum | World | Breaking news and perspectives from around the globe | DW | 29.06.2015

Nobel Prize-winning economist Christopher Pissarides tells DW why he is deeply disappointed with the Greek government's mismanagement of the debt crisis. He also explains what Germany could have done better. 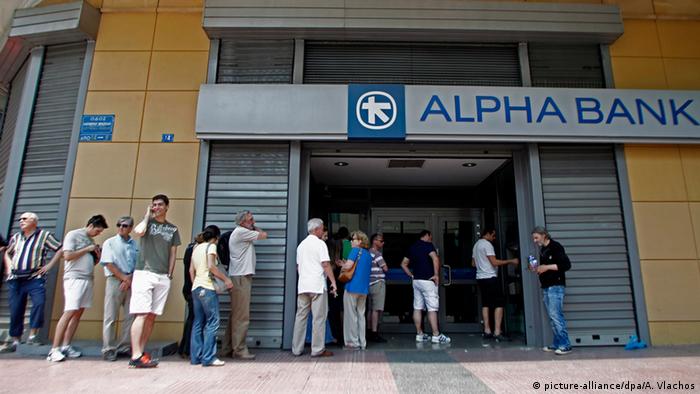 DW: The Greek banking system has been shut down and capital controls are in effect as the Greek crisis has escalated dramatically over the last couple of days. Would you ever have thought it could come to this?

Christopher Pissarides: I did actually, when I saw the run on the banks when the Greek government started saying 'No' and they really didn't seem to be willing to negotiate something that would keep them firmly in the euro. In fact, I think they made a mistake in delaying the capital controls for so long, and as a result, they now have to be much more severe than they had to be. In Cyprus, which is the only other example we have in the eurozone, they were very effective, but the restrictions there were up to 300 euros a day, whereas in Greece it is 60 euros. The Cypriots were also much more lenient with the use of credit cards abroad, allowing money to go abroad to pay for medical care, studies etc., whereas the Greeks don't have all that. They were forced to shut it down completely now. But under the circumstances, it was the only thing that could help them avoid bankruptcy this week.

Does the dire and very complex situation surrounding Greece have any historical precedent, what with a deadline to accept the creditor's proposals running out on Tuesday, and a Greek referendum on the proposals not scheduled until next Sunday? 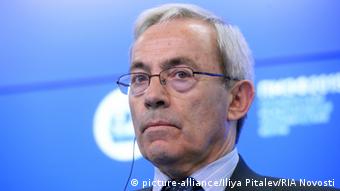 Not as far as I know. The only other example is Argentina more than 10 years ago, and I don't know exactly how they managed the details, but at that time there was mismanagement. And I have to confess now that I see the whole development of Greek economic policy since the election of Syriza in January, it's really one long story of economic mismanagement. I am not saying they should have agreed immediately to what they were offered then. But play to your deadlines, don't wait until they default and declare a referendum a week later and ask for an extension. What was wrong with the previous six months? They did ask for various extensions, of course, two or three times at least, but not together.

Now, with the benefit of hindsight, the whole issue has obviously been mismanaged by the Greek government and that's how we ended up in this situation. And I hope the vote in the referendum is a resounding Yes - although the opinion polls don't appear to show it that way - just to show that the Greeks do want to stay in the euro and they want to sit down at the negotiating table and work out something feasible for the benefit of both Europe and Greece.

You've mentioned the mismanagement by the Greek government. Germany is also playing a key role in the management of this crisis. How would you rate Germany's handling of the crisis?

It is really interesting that you would ask this. I don't really agree with the policy that was requested of the Greeks. I am not saying the German suggestions of what they call the institutional suggestions to Greece are right. In fact, I think the Greeks should have negotiated strongly against some of the measures – against the higher taxes, against the austerity.

But there is a difference between what you are proposing and how you are negotiating and how you are going about that negotiation. In January, when the new Greek government was elected, in fact, I had a piece in the Financial Times with Joseph Stiglitz and other economists saying that we don't agree with the program presented to the Greek government and there should be a better indication of what you are going to do with the debt and how these proposals would affect unemployment.

But what we were hoping to see would be a kind of well-thought out program of negotiation and counterproposals by the Greek government that pointed to the reforms that they were going to undertake to improve the performance of the economy. As a result, it would have then been easier to put pressure on Germany and the others partners in the European Union to say something more about the debt. 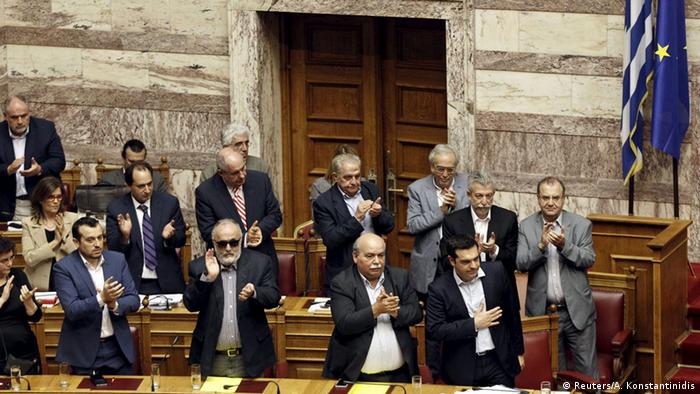 What we have seen instead from the European institutional side - with the support of Germany - is an insistence on certain policies that are not necessarily good for Greece and the Greeks going about it in a haphazard way, sometimes saying 'No' to this or 'No' to that; then taking a break of weeks without saying anything; then going back to the negotiating table saying we want something else and we want postponement. That's what I mean by mismanagement. I think the Greeks had something strong to stand on, given the proposals in January, but they didn't quite negotiate the way they could have done from the beginning to get what they wanted and avoid this crisis now.

What needs to be done now to find a way out of this conundrum?

Now, the only thing that can be done - and I am really hoping for it - is to get a Yes vote. The only thing that could get us moving in a good direction is a Yes vote and a strong government to sit there and renegotiate some parts of the program. I know the suggestions have been withdrawn by the European institutions, but I am sure if there is a Yes vote, especially if there is a good majority, they would come back to the negotiating table and negotiate something on the debt, negotiate some immediate policy needed now to get us into a reform program and move forward from there. I can't see how a No vote would help anything at all now.

So you definitely would vote Yes?

I would vote Yes and I would encourage everyone that I can to vote Yes, because a No vote would be a complete dead end which would lead eventually to a Grexit. In that case, I cannot see how you can stay in the euro and hope to get sufficient liquidity from the European Central Bank to run a banking system and get the economy to recover and move again. Greece would be going backwards and backwards into more recession.

Do you think Greece will be able to remain in the eurozone?

If there is a Yes vote I think Greece will definitely stay in the eurozone. If there is a No vote the chances are that Greece would leave. There is a very small chance that they manage to work something out that eventually doesn't throw them out of the eurozone. My view – a combination of expectation and hope – is that the Greeks are going to see that there is a lot of political propaganda currently being thrown at them by the government. With the banks closed they are going to see how difficult it would be to run the banking system and get on with their normal business if there is no support from the European Central Bank, and so I hope they vote Yes on Sunday. And then, as of Monday, we start a new year with a commitment by the Greek public that they want to make the sacrifices necessary to stay in the euro.

With all the frantic actions and talk about the Greek crisis, isn't the big elephant in the room that Greece simply won't be able to pay back its debts?

That is true. And that's what I meant when I said that it would have been much better from the way I see it if Germany and the others had said okay we are going to renegotiate the debt situation. We tried to do it in 2012 with the haircut. It obviously failed because it left Greece with a debt that is still not serviceable. So, let's sit down and offer something so that Tsipras and his colleagues can go back to the Greek public and say 'look we got something out of the other side.' We now have promises on the debt, let's now accept what they are suggesting so we can move forward and see the debt proposals materialize. I think that's where Germany has mismanaged.

Sir Christopher Pissarides was awarded the 2010 Nobel Prize in Economics, jointly with Dale Mortensen of Northwestern University and Peter Diamond of MIT, for his work in the economics of markets with frictions. He is professor of Economics at the London School of Economics, professor of European Studies at the University of Cyprus and chairman of the Council of National Economy of the Republic of Cyprus, and professor-at-large of the Hong Kong University of Science and Technology.

Finance Minister Wolfgang Schäuble has told German public television that Greece will not meet its June repayment to the International Monetary Fund, which is due on Tuesday. He said Germany remained "prepared to help." (29.06.2015)

Greece and lenders remain locked in brinkmanship, with one EU commissioner saying Athens had been only "centimeters away" from a deal to avoid default and euro exit. Greek bank dispensers are low on cash. (29.06.2015)

Greece: A week with no banks

Greece is on the edge of the economic abyss. As capital controls are rolled out the country's banks will remain closed for at least a week. DW's Jannis Papadimitriou reports from Athens. (29.06.2015)