As world leaders and experts discuss climate change, Ethiopia is experiencing a serious drought which has decimated food crops. Food aid agencies warn the number of people in need could rise to 15 million in 2016. 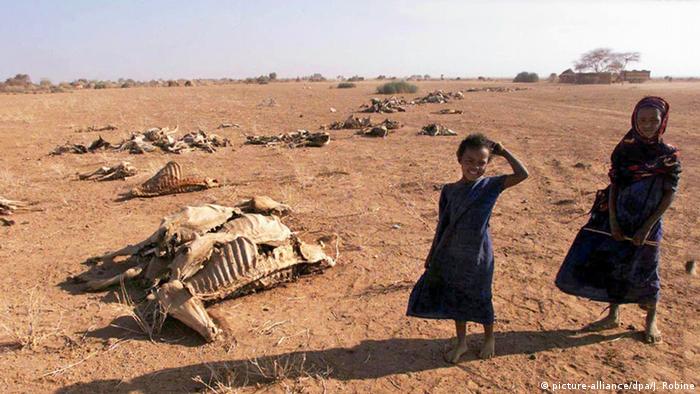 A herdsman in the Awash-Fantale district of the bone-dry Afar region of Ethiopia bemoans the death of his cattle from drought. "The last drop of rain fell around Ramadan of last year," he says. Cattle are the major form of currency in this remote corner of Africa's second most populous country. "Since then we have had no rain. So there is no water and no grass. Cattle are dying in great numbers. There is no government help," the herdsman said. He and others appealed to a DW reporter to take a message of urgency "back to the responsible body."

Ethiopia is once again in the iron grip of a potentially devastating drought. While the worst-affected regions including Somali, Oromia, Tigray and Amhara have yet to record the loss of human lives, the dying of livestock – a major export earner of much-needed hard currency – has set alarm bells ringing in government offices in Addis Ababa and at international food agencies. Some 8 million Ethiopians currently need food aid.

Most of the farmers who make up the economic backbone of this nation of 96 million in the Horn of Africa rely on a rain-fed farming system. But failed rains during the summer and spring seasons have led to severe water and food shortages. 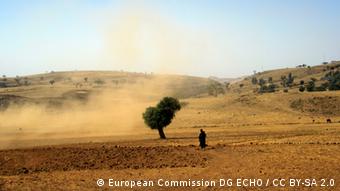 Deforestation also increases the likelihood of drought and flooding

The weather phenomenon El Nino, which causes extreme weather conditions like heat, heavy rains and flooding, has made matters worse. In light of the country's appalling drought history, the government recently announced the purchase of one million metric tons (1.1 million US short tons) of cereals, and said it was spending some $280 million (256 million euros) to deal with drought-related effects.

Worst may be yet to come

Although grazing lands for livestock are recovering and food security is improving in some drought-stricken areas, the situation could deteriorate at the beginning of next year since the harvest in the fertile highland is significantly reduced and food stocks might be depleted, Manfred Bischofberger, regional director with the German NGO Welthungerhilfe told Deutsche Welle's Amharic service.

By purchasing wheat on a large scale, the government hopes to mitigate the impact of the current El Nino phenomenon, said Mitiku Kasa, state minister for disaster management and food security.

However, that amount still falls short of the 1 million metric tons announced earlier by the government. 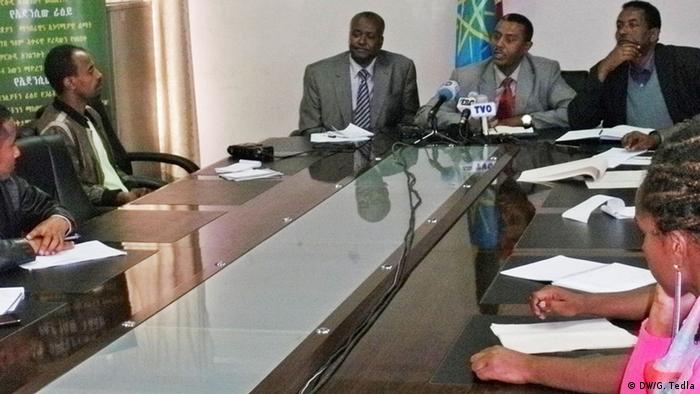 It will be hard to stave off a repetition of previous large-scale droughts. A UN report shows that 350,000 children are already acutely malnourished. The current figure of eight million Ethiopians in need of food aid could rise to 15 million in 2016 when El Nino peaks between October and January as scientists have forecast.

International humanitarian organizations have put the price tag for disaster intervention in Ethiopia at just below $600 million. According to State Minister Mitiku Kasa, the purchase of food items has so far been made from government savings as international aid has been slow in coming. Traditional donors, he said, were preoccupied mainly with the political crisis in the Middle East. And Europe, struggling to cope with the influx of refugees, is busy in its own backyard.

El Nino, a natural weather pattern linked to extreme droughts, storms and floods, could be one of the strongest on record this year. Parts of Africa are already facing hunger, disease and water shortages. (17.11.2015)

Often dubbed the false banana, the giant enset is a staple crop in certain parts of Ethiopia. As climate change brings increasingly frequent droughts, the plant's versatility and resilience could help fight hunger. (03.11.2015)

The Turkana people have persevered in an arid landscape, but weather in this region in Kenya’s Northwest is getting ever more erratic due to climate change, putting the Turkana at risk. (30.10.2015)