The Turkana people have persevered in an arid landscape, but weather in this region in Kenya’s Northwest is getting ever more erratic due to climate change, putting the Turkana at risk. 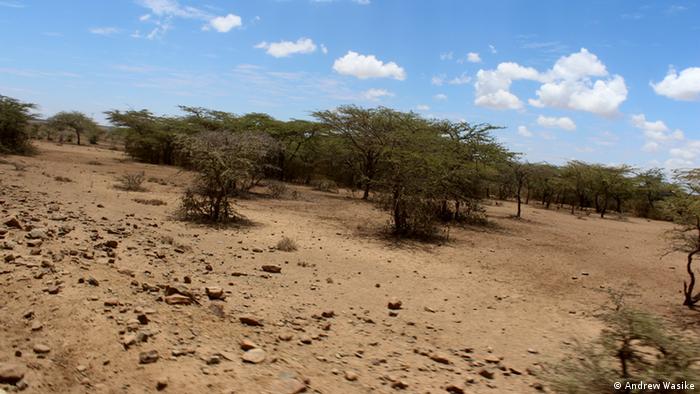 In Turkana's punishing terrain in northwestern Kenya, dry periods are getting longer, rainfall patterns are changing and water is scarce.

10-year-old John Lechipan sits on the sun-scorched earth to have a rather unusual breakfast. The temperature is hovering at around 45 degrees. Nearby, goats and sheep are scrambling for a place under a flat-topped acacia tree to shelter themselves from the sun's unforgiving rays.

Clad in traditional Turkana attire made from goat skin, Leshornai Lechipan points at his child, who is busy suckling from a goat, his lower lip pierced as is the custom.

John's main meal today is goat milk. On account of the acute food shortage, the 10-year-old has been forced to live on a diet of milk alone, straight from the goat's udder.

The change in climate has heightened the level of poverty for the people of Turkana, who are already one of Kenya's poorest communities, living as they do in the country's arid northern region.

His father Leshornai Lechipan says that things have changed for the family due to the erratic weather. Now life is becoming a daily struggle, as food and water are scarce.

"Most of our animals have died because of the lack of water in this region. Now I've been forced to give one of my goats to my son, who is 10 years old, so that he can suckle with the goat's newly born," Lechipan said.

"The goat's kid will first start suckling from its mother, and then my son can suckle as well. That way he'll have energy to look after the animals until evening falls," he explained.

Food insecurity to increase with change in climate

Under the intense heat, 48-year old Kigen counts his losses as he passes through a pathway littered with some of his dead animals.

Together with over 20 other herders, he travelled from Baragoi to Kirisia about 80 kilometers after he heard news of small rain showers in that region. 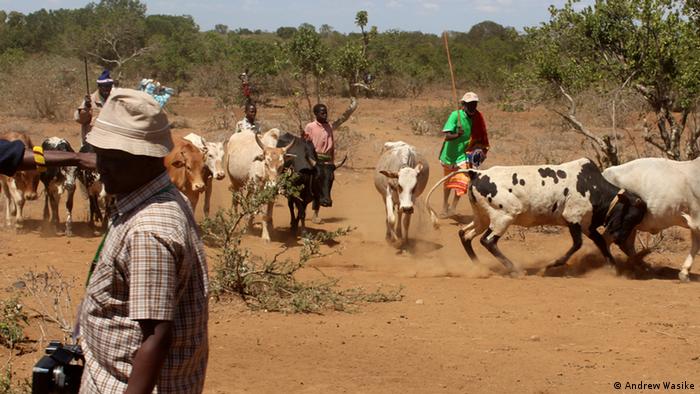 On arrival at Kirisia, the group found no rain, just the dry Turkana land, scorched by the sun.

"Since the weather started changing, I haven't been able to benefit from my farm because we have no water," says Kigen.

According to a report by Human Rights Watch climate change, among other factors, is contributing to the Turkana people's lack of access to food and water.

Rainfall patterns, the report adds, have become unpredictable, and average temperatures in the region have increased by 2 to 3 degrees Celsius.

"Everything here is about water, so as the temperatures increase and the levels of drought increase, the impacts on Turkana are going to be extremely devastating," Horne said.

He added that as a result many people have become dependent on food aid, especially from the UN's World Food Programme and the Canadian Food Grains Bank.

Drought in the Horn of Africa region

The impact of the severe drought is also being felt beyond Turkana – in other parts of Kenya, and across Djibouti, Ethiopia and Somalia, where it's also led to a food crisis and severe cases of malnutrition. 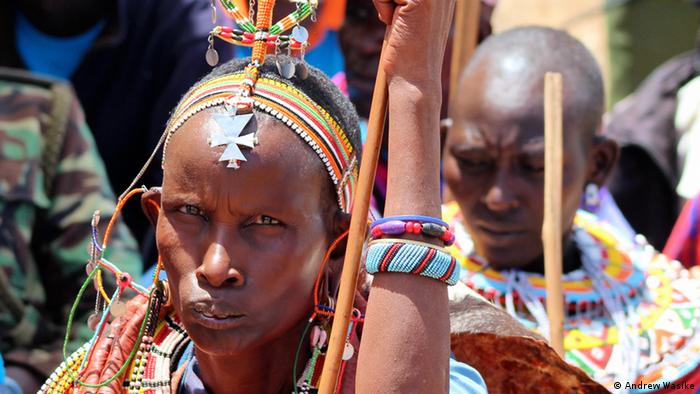 It is not just the Turkana that are affected, but other indigenous peoples in the region as well.

According to the UN's World Food Program (WFP), over 1.5 million people are malnourished in Somalia, while over 7 million are being affected by the drought in Ethiopia. The WFP has provided urgent food aid to around 3.8 million people.

Climate scientists predict the worst of climate change is yet to come, with the world heading towards a global temperature rise of around three degrees celsius.

"Droughts which before occured maybe every four of five years, are now almost constant," the researcher said, adding: "It is becoming more and more difficult to access the grazing land and the water needed for the goats, so that herds are completely decimated, with families now possessing only two or three goats which used to have hundreds.

Horne says that it's not too late to help these communities which are suffering from the unforgiving climate change.

All hopes on Paris

As countries gear up for the UN Climate Change Conference which kicks off November 30 in Paris, environment campaigners warn that if world leaders do not act to limit the global temperature rise, then some marginalized communities along the Horn of Africa may cease to exist.

In Paris, a global climate change agreement is to be signed that is supposed to set the world on track to limit global warming to two degrees celsius by the end of the century.

Without any changes to current trends, warming could go up by as much as five degrees. 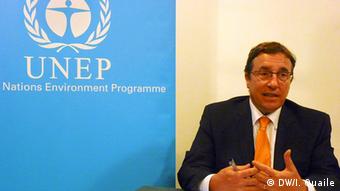 Achim Steiner, who heads up the United Nation's Environment Program (UNEP), says political leaders have the power to make a difference.

"Without leadership, without personal responsibility amongst those who can make a difference not much will change," Steiner said.

"The question is whether we can get an agreement which is both meaningful in terms of the science, but also equitable and fair in terms of different responsibilities," he added.

While diplomats and politicians negotiate a climate agreement, the residents of Turkana fight to hang on to their centuries-old way of life, trying to cope with the difficulties imposed by living in a harsh and unpredictable environment.

Envoys have reached an outline for a UN global climate pact to be reached in Paris in five weeks. The five day negotiations in Bonn have been marked by fractious arguments between developed and developing countries. (23.10.2015)

Negotiators struggled in Bonn at the last meeting to prepare a text for the key Paris climate conference in November. Meanwhile, scientists confirmed 2015 has so far been the warmest year on record. (23.10.2015)