No peace in sight in Central African Republic

For more than a year, the Central African Republic has been descending into violence. A truce is about to be negotiated between the warring factions. However, the rebels have little interest in peace talks. 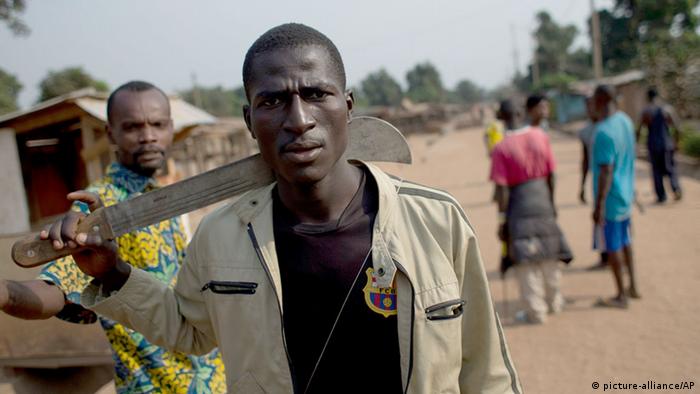 Feuding Seleka and anti-Balaka militias were set to meet on Monday (21.07.2014) in Brazzaville, the capital of the Republic of Congo, at a National Reconciliation Forum. The aim was to draw up a ceasefire agreement. That was the plan, at least. But as soon as the venue was announced, civil society representatives threatened to boycott the negotiations. "The political and religious leaders find it inappropriate that Central African's problems should be solved in Brazzaville," a statement said.

There could be dificulties for the Muslim Seleka if the talks are held outside the CAR. Last Saturday (12.07.2014) Seleka rebels re-elected Michael Djotodia as their leader. In Match 2013, Djotodia, overthrew the then President Francois Bozize and he declared himself head of state. The country sank in chaos and violence. Seleka militias were officially disbanded but continued to spread fear and terror throughout the country. Anti-Balaka vigilantes, who are mainly Christian, responded by attacking Muslims. 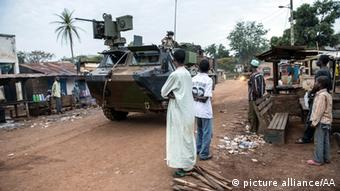 Since the removal of Djotodia, anti-Balaka militias have been hunting down Muslims

In December 2013, Chadian mediators urged Djotodia to resign and he went into exile in Benin. He was not invited to take part in the Reconciliation Forum in Brazzaville. His deputy, who was also reappointed, cannot attend either because of UN travel sanctions. The Seleka is now planning to send other representatives instead.

A peace deal is not enough

However, the Seleka don't seem to take the peace talks seriously. "We are ready to have peace talks with anti- Balaka, but we won't negotiate with them. We make demands," Abdoulaye Issene, the leader of the Seleka told DPA news agency in the capital Bangui. Even if the forum manages to come up with a truce in spite of all the difficulties, it will not mean much to many Central Africans said Andreas Mehler, director of GIGA institute in Hamburg. "There are no clear hierarchical structures in either party, in which orders are issued and then carried out. " For that reason, several deals in different sectors coupled with major disarmament would be more appropriate rather than having one big peace deal. "A piece of paper would mean nothing for them," said Mehler.

A ceasefire agreement in Brazzaville would have formal significance for international peacekeepers' mandates and for development projects. More aid is urgently needed in the Central African Republic. Almost all of the 4.6 million inhabitants, according to the UN, now need humanitarian assistance. Several thousand people have been killed since December 2012 and more than a million people have fled or have been expelled. The current interim President Catherine Samba-Panza, who is in office since January 2014, apparently, has no power over the country. 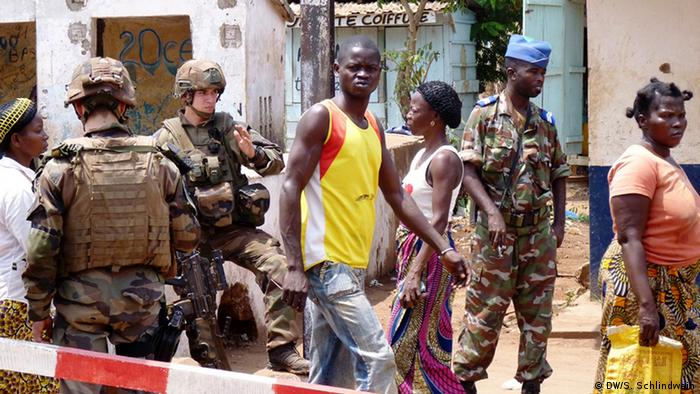 The rights group, Human Rights Watch, (HRW) reports that the violence in east of the country is spreading further afield. "The atrocities are happening in remote villages, which international forces can not reach," said Jean-Marie Fardeau, director of HRW's office in France. His hopes rest on the 12,000 UN soldiers to be deployed in the Central African Republic in September.

Some 6,500 African, 2,000 French and 700 other European UN soldiers are currently serving in the country. The EU had also announced that it would send a further 1,000 troops. But 22 countries which have been asked to send in troops are reluctant to deploy them to Central African Republic. Instead of waiting any longer, the EU has now cut the number of troops to 777 people. According to the German daily, Süddeutsche Zeitung, 122 of them will be stationed in the Greek port city of Larrissa and will not set foot in the Central Africa Republic.

The German Bundeswehr is sending four soldiers to Bangui. "We can not afford just to stand by while murder and rape which are becoming the order of the day," German Federal Defense Minister Ursula von der Leyen said in January. "The numbers are not very convincing - this is more of a symbolic deployment," said Mehler and he warned that if violence in the Central African Republic is not curbed soon, the conflict could impact on the entire region. "We believe the conflict could spread its tentacles to states and territories, in which there is little in the way of state authority."

Three days of mourning have been called in the Central African Republic after 26 people were killed in an attack earlier this week. This is the latest episode in an increasing wave of violence in the country. (10.07.2014)

The United Nations has been forced to cut food rations for nearly 800,000 African refugees because of insufficient funding from donor nations. Some refugees have seen their rations reduced by up to 60 percent. (01.07.2014)

There have been deadly clashes at a Catholic Church in the Central African Republic. Thousands of people had been seeking refuge in the compound when Muslim fighters attacked with grenades and gunfire. (28.05.2014)