Speaking on Sengalese radio, elected President Adama Barrow said there appeared to be an absence of state funds following the exit of Yahya Jammeh. The deal Jammeh struck to exit The Gambia may make him untouchable. 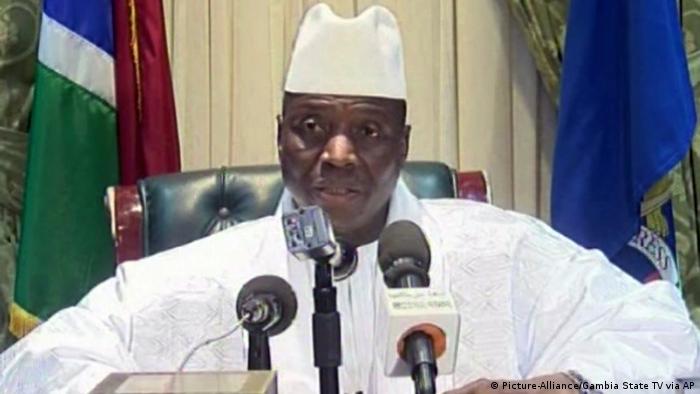 President Barrow said on Sunday he would return to The Gambia "soon." Spokesperson Halifa Sallah said by Monday Barrow would begin forming a Cabinet and work with Gambia's national assembly to reverse the state of emergency Jammeh declared in his final days in power.

The former leader Jammeh flew into exile late Saturday in Equatorial Guinea, which is not a state party to the International Criminal Court, ending weeks of tension in the West African nation.

'The Gambia is in financial distress'

But before he fled Jammeh plundered the state's funds, Barrow alleged on Sengalese radio on Sunday.

"According to information we received, there is no money in the coffers. It's what we have been told, but the day we actually take office we will clarify all of it," Barrow told "RFM."

A senior adviser of Barrow said Jammeh stole US$11.4 million (10.6 million euros) in his final weeks in power and flew luxury vehicles out by cargo plane.

"The Gambia is in financial distress. The coffers are virtually empty. That is a state of fact," Mai Ahmad Fatty told journalists in Senegal. "It has been confirmed by technicians in the Ministry of Finance and the Central Bank of the Gambia."

Jammeh had refused to hand over power despite losing his mandate, prompting a six-week crisis during which Barrow took refuge in neighboring Senegal, fearing for his safety.

A delegation of West African leaders backed by armed forces eventually convinced Jammeh to relinquish the presidency. Jammeh lost the support of Gambia's military during the stand-off, but was reportedly surrounded by mercenaries in a heavily fortified compound.

As Barrow was poised to enter Gambia, scores of West African soldiers entered the city on Sunday amid cheering crowds as part of a mission to secure the country and allow the president to safely take up office. 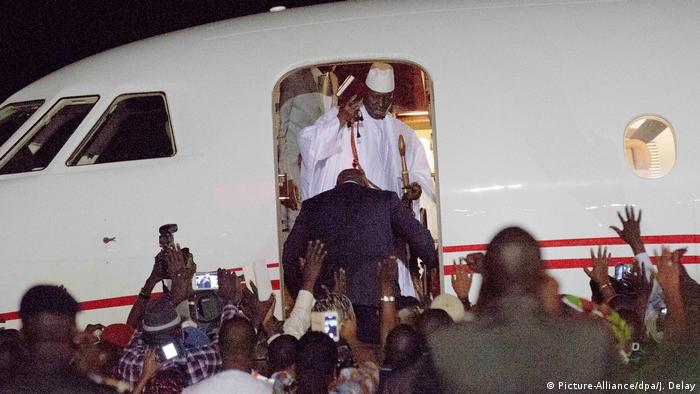 Jammeh, the leader of 22 years, demanded protection from future prosecution and the right to contest future elections in Gambia, in exchange for leaving the country. It was unclear whether those conditions were granted.

A member of Barrow's coalition rejected claims they had signed a declaration  for Jammeh that was supported by the Economic Community of West African States (ECOWAS).

"Gambia will neither respect nor honor what was contained in that joint declaration," said Mai Ahmad Fatty, an executive member of Barrow's coalition. "We don't consider it legally binding on us."

He said Barrow had seen what they understood to be a draft document and rejected it as a "non-starter."

"I was very shocked to learn from Facebook that the document we had rejected was already posted at the websites of both ECOWAS and the AU [African Union]."

Senegalese Foreign Minister Mankeur Ndiaye said that no promises of immunity had been made towards the former leader.

"President Jammeh and his team concocted a declaration to be endorsed by (regional bloc) ECOWAS, the United Nations and the African Union that gave him every guarantee, essentially impunity," Ndiaye said.

"This declaration was signed by no one," he added.

International rights lawyer Reed Brody said the declaration "doesn't give him an amnesty, and under international law in fact you can't amnesty certain crimes like torture and massive or systematic political killings."

"Depending where Jammeh ends up, though, the real obstacles to holding him accountable will be political," he wrote in an email. 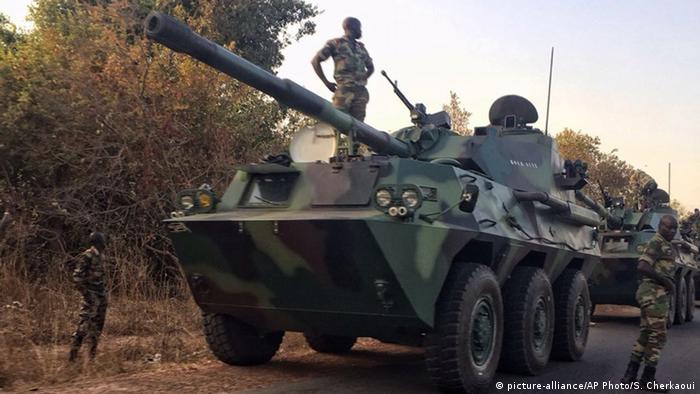 ECOWAS troops to work with military

The AU, ECOWAS and the United Nations released a joint statement congratulating Gambia on a peaceful transition and requesting the new government not to punish Jammeh, who was just temporarily outside of the country.

ECOWAS troops planned to remain in Gambia to work with the local military to secure the new president's return.

He said that, given appropriate orders, he would open the doors to the notorious prisons.

"We are going to show Barrow we are really armed forces with a difference, I swear to God," Badjie said. "I have the Quran with me." 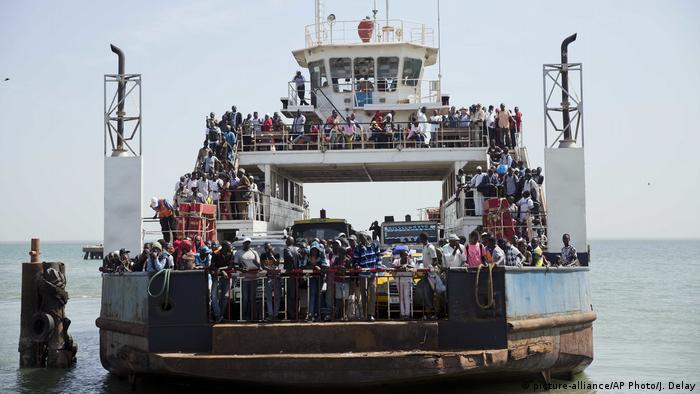 Barrow said he planned to establish a commission to investigate potential wrongdoing by Jammeh, who seized power 22 years ago in a military coup.

About 45,000 people had fled the country during the crisis, fearing violence.