No country for Pakistani Shiites

Shiite Muslims buried the victims of Quetta attacks after Pakistan's prime minister imposed governor's rule in Balochistan. But activists say the government is still refusing to act against perpetrators of the attacks. 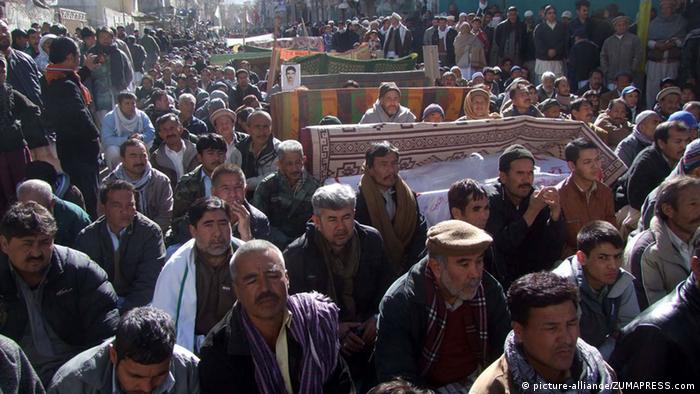 On Monday (14.01.2012), Pakistani Prime Minister Raja Pervez Ashraf announced that the government of the southwestern Balochistan province had been dismissed and the province's chief minister, Nawab Aslam Raisani, had been sacked.

The decision came in response to an attack on Thursday in Quetta, the capital of Balochistan, against the ethnic Hazara community belonging to the minority Shiite denomination of Islam. The twin bomb blasts killed at least 86 people, mostly the Shiites.

The provincial government was widely criticized for failing to counter terrorism in the province, which has seen a pro-independence movement for the past nine years.

"After complete consultation, we have invoked Article 234 of the constitution in the province," Prime Minister Ashraf said in a televised news conference in Quetta in the early morning hours Monday. Ashraf said the province's governor would now be put in charge. Ashraf, however, did not say anything about the operation against the militant Sunni group Lashkar-e-Jhangvi, which claimed responsibility of the Quetta attacks. 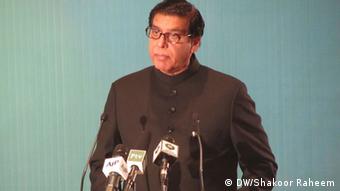 Of late, Pakistan's Sunni militant extremists with links to al Qaeda have intensified their attacks on minority Shiites, whom they do not recognize as Muslims.

The Hazara Shiites of Quetta had earlier refused to bury the dead until the provincial government was dismissed and the military took over the security of the city. Hundreds of people in Quetta - including men, women and children - spent four nights camped in freezing cold to protest against what they called the government's failure, or the lack of will, to protect Hazara Shiites. They also demanded that the government must act against militant groups in the province, which in the past had also targeted Shiites.

2012 was one of the deadliest years for Pakistan's Shiites. Human rights groups say that more than 300 Shiites were killed in Pakistan last year in sectarian conflict.

One of the attacks on an imambargah, a Shiite place of worship, in the garrison city of Rawalpindi near the Pakistani capital, Islamabad, killed at least 23 people and wounded 62 in November. On February 17, a suicide bomber killed 31 Shiites in the restive northwestern Kurram region, one of the seven semi-governed tribal agencies bordering Afghanistan.

Pakistani experts say that although the lives of Shiite Muslims are under threat all over Pakistan, those living in Balochistan and the northwestern Gilgit-Baltistan region face a systematic onslaught by the Taliban and other militant groups. Some experts have gone so far as to call it a "sectarian cleansing" of Shiites. 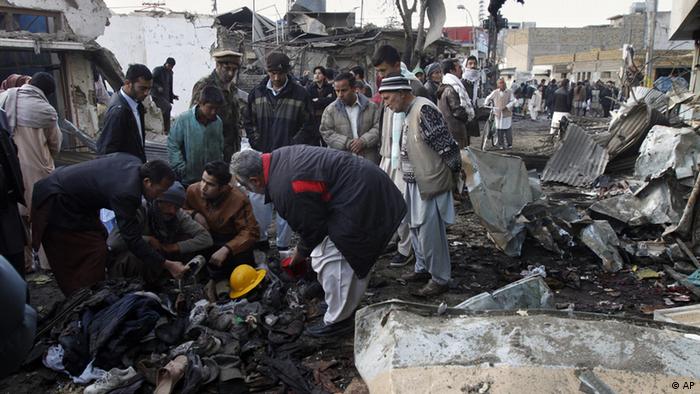 In August last year, several gunmen, who were in the guise of Pakistani security officials, stopped a bus traveling from Rawalpindi to the northwestern Gilgit region and dragged the passengers off the bus. The gunmen asked the passengers to show their identity cards to ensure they belonged to the minority Shiite community, after which they brutally killed 22 of them at point blank range. The Taliban claimed responsibility of the attack.

No action against terrorists

Bostan Hazara, leader of the secular Hazara Democratic Party, told DW that his party had agreed to call off protests and bury the victims after the prime minister sacked the provincial government. However, he said that if the government did not act against the terrorists, the Hazara Shiites would resume protests.

The Shiite and civil society activists have welcomed the imposition of the governor's rule in the province, but experts warn that sacking the elected civilian government in the province and calling in the army to control security matters can prove to be a double-edged sword for the insurgency-marred province. 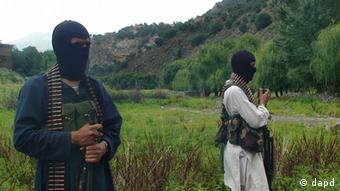 Most Sunni militants groups in Pakistan are loosely connected

"The imposition of governor rule is extremely disappointing and despicable,” said Malik Siraj Akbar, editor of the radical "Baloch Hal" magazine. “The way a democratic government - although corrupt and incompetent - has been dismissed clearly shows that Islamabad treats Balochistan as a colony where it does not respect the public mandate."

Akbar believes the governor's rule in the province will not solve any problems until the government goes after the militants.

But Sikandar Hayat Janjua, member of the socialist Awami Workers Party, told DW in an interview from Karachi that it would be foolish to expect that the government would launch an operation against the Sunni militants.

"Lashkar-e-Jhangvi is a militant wing of the [Inter-Services Intelligence], and no organization would like to act against its own wing," Janjua said.

Akbar, who lives in exile in the US, is critical of Pakistan's central government's overall treatment of the Balochistan province. He opposes the government's decision to give policing powers to paramilitary forces in the wake of the governor's rule in the area.

"National and international human rights groups have blamed the military's Frontier Corps (FC) for carrying out widespread human rights abuses in the province. It is believed to be involved in enforced disappearances, torture, and murder of Baloch political workers. The FC is a part of the problem and not the solution," Akbar commented.

Failure of the state

Pakistani analysts say that the Quetta killings and the imposition of the governor's rule in Pakistan's volatile province have again exposed the risks the Pakistani state has been confronting for many years. If the government is seen as losing further control, it may risk disintegration. 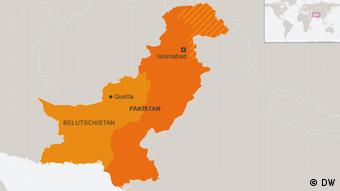 Ali Chishti, a security and political analyst in Karachi, argues that the Pakistani state has failed to protect not just the Shiites but most of its citizens. "Pakistan is headed in a completely wrong direction and faces an existential threat due to its policies,” Chishti said.

Many Pakistani analysts trace the origins of sectarian violence in Pakistan to the Afghan War of the 1980s. They say that Pakistan's former military dictator Muhammad Zia-ul-Haq made it a state policy to fund and arm extremist Wahhabi groups in the 1980s, using these organizations against the Shiites to kill Iran's support in Pakistan and to increase its influence in Afghanistan.

London-based Pakistani journalist and scholar Amin Mughal said that the policy of supporting groups like the Taliban had backfired and that the Pakistani state was no longer in a position to control the situation.

Twin bombings timed minutes apart in southwest Pakistan have left dozens dead and wounded many more. The regional government has announced three days of in mourning. (11.01.2013)

A man detonated explosives close to a security checkpoint, killing at least three paramilitary troops and injuring several others. The banned group Tehreek-e-Taliban Pakistan has claimed responsibility for the attack.