Nitrogen oxide: Is it really that dangerous, lung doctors ask?

Several German pulmonary physicians question the current nitrogen oxide and particulate matter limits. These are inadequate and mainly based on questionable epidemiological studies, they say. 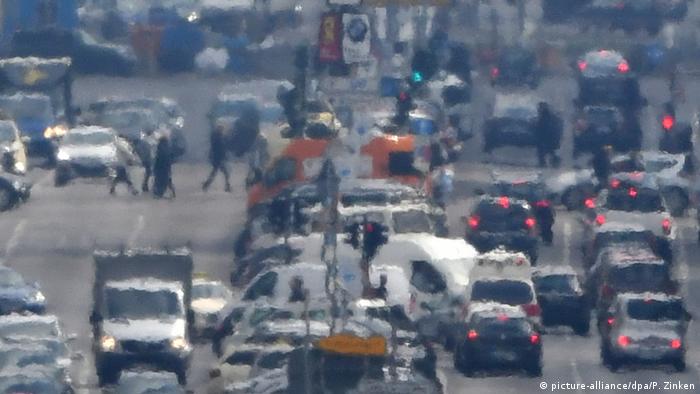 Are Berliners really dying earlier because of bad air, or does it have to do with their restless lifestyle?

How dangerous arenitrogen oxides (NOx) and particulate matter really? Lung doctors have now joined the debate on driving bans in city centers, designed to enforce current pollutant limits. And they are by no means unanimous in their assessment.

First, the German Society for Pneumology and Respiratory Medicine (DGP) published a position paper on December 3, in which the authors point out the dangers of air pollutants. They list the effects of various pollutants on the lungs, heart, organ system, brain and on unborn children.

They insist that a "significant reduction in air pollution is required and a lowering of the legal limit values is necessary."  The authors call for a "culture of avoiding pollutants" combined with very concrete regulatory measures.

Epidemiological studies or rather toxicological experiments?

In principle, however, the authors point to a difficulty in the scientific definition of legal limits. As a rule, statisticians use epidemiological studies as a basis for recommendations to politicians. On this advice, the legislators then set applicable limit values.

However, epidemiology, which deals with the causes and spread of diseases within population groups based on statistics, has its limits: Since "mixtures of pollutants usually occur in road traffic, a purely epidemiological separation of the effects of individual components on the organism can be difficult or impossible," the authors of the position paper posit. In contrast, experimental toxicological studies on cells, animals or humans are more meaningful.

No agreement among lung doctors

A group of high-ranking pulmonary physicians has also criticized the inadequacy of epidemiological studies. They do not, however, share a central conclusion of the DGP position paper — namely that legal limits should be further reduced. To date, 112 German lung specialists have signed a document opposing the validity of current nitrogen oxide and particulate matter limits.

The pneumologist and intensive care physician Dieter Köhler is the initiator of the group and recruited supporters of his position within the medical profession at the beginning of 2019.

He published an article last September in the German medical journal "Ärzteblatt" denying the "scientific basis" of epidemiological studies, used to calculate the applicable pollution limits.

It could also be due to other factors: smoking, alcohol consumption, lack of physical activity, lack of medical care, irregular use of medication and much more. "All these factors usually have a hundredfold stronger effect" than the increased risk from air pollutants, writes Köhler and his co-signatories.

Last but not least, the epidemiological studies completely ignore the question of a toxicological threshold dose for the respective air pollutant, the author posits, although "every poison, even the strongest, has a threshold dose."

More about that debate: How many people die from air or noise pollution?

Many victims of smoking, but where are the NOx deaths?

Should there actually be many causal deaths from particulate matter and NOx, then lung doctors should notice this in their daily practice, Köhler argues. But this is not the case at all.

Köhler cites an epidemiological study commissioned by Germany's Federal Environment Agency (UBA) as an example. This study calculates additional deaths per year for NOx at 6,000 - 13,000 and for particulate matter at 60,000 - 80,000. That would be about as many people as dying a result of smoking.

So it is "very likely" that the scientific data leading to these estimates "contains a systematic error." Apparently, they have been "interpreted extremely one-sidedly" and "always with the objective that particulate matter and NOx must be harmful," they write.

Appeal for a fair and open discussion

Köhler and his colleagues see their paper as helping to bring more objectivity to the emotional debate about driving bans, pollution limits and diesel exhaust gases. At least here they agree with the representatives of the established associations of pulmonary physicians.

The DGP, the Association of Pneumological Clinics (VPK), and the German Lung Foundation regard the publication "as an impetus for necessary research activities and a critical examination of the effects of nitrogen oxides and particulate matter," write the respective chairmen of the three associations Klaus F. Rabe, Thomas Voshaar and Claus Vogelmeier in a joint press release.