The party of Nigeria's outgoing president Goodluck Jonathan has won back the governorship of the country's oil hub. The gubernatorial elections come two weeks after the opposition's Buhari won the presidential vote. 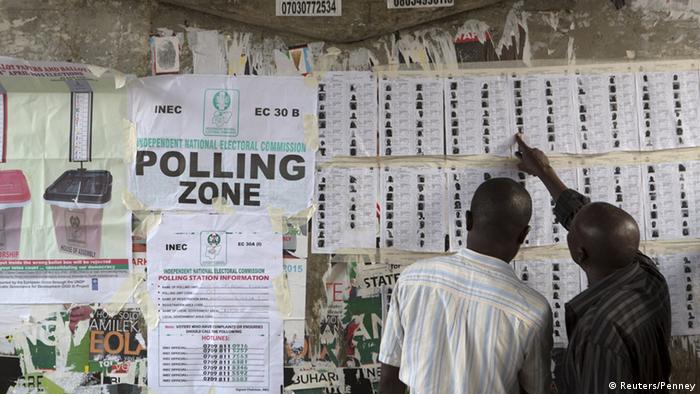 President-elect Muhammadu Buhari's APC, however, retained the governorship in the West African country's commercial hub Lagos and gained governorships in the northern states of Kaduna and Katsina.

The new governors will take office on May 29, alongside Buhari.

Rivers vote was crucial for both the PDP and the APC as Nigeria's governors control huge budgets and hold great influence on the country's politics. The PDP was particularly desperate for the victory after losing the presidency to Buhari.

In 2013, Rivers' outgoing governor, Rotimi Amaechi, joined the APC from the PDP after becoming critical of President Jonathan's policies. 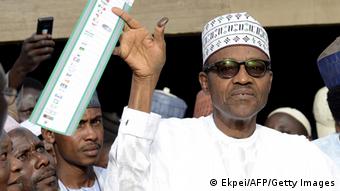 The APC said the elections were marred by irregularities and fraud.

"What happened on Saturday was a rape of democracy. There was no election in Rivers," said Ibim Semenitari, the state's information commissioner. "The PDP, in connivance with INEC (Independent National Electoral Commission) and the security agencies, merely wrote figures which they have churned out to the public," she told the news agency AFP.

"We are going to challenge the results," she added.

According to the PDP, the gubernatorial elections were "a reflection of the people's confidence" in the party. "The people have spoken. We urge the APC to accept the results in good faith," said Emmanuel Okha, a local PDP spokesman.

At least nine people were killed as Nigerians voted for state governors, their deputies and local assemblies on Saturday. Most of the violence was reported in the fiercely contested Rivers state.

Peterside said eight of his supporters died and police said an officer was killed. Witnesses also reported shooting in the streets of several Rivers towns.

"A lot of gunshots in the air as I speak to you, but the military is trying their best to bring the situation under control," Livingstone Membere, president of the Kalabari Youth Federation told The Associated Press news agency, from Asari Toru area in Rivers.

Membere also said a polling station was burned down, along with the house of the state commissioner for women's affairs.

Eight youth corps polling agents were kidnapped Saturday morning, and police had only succeeded in rescuing four of them by afternoon, an electoral official told news agency AP, on condition of anonymity.

In addition, a crowd of some 2,000 protesters delayed distribution of materials in the state capital Port Harcourt, causing the ballots to open hours later than planned.

Nigeria's former military dictator and main contender Muhammadu Buhari is reported to be leading against President Goodluck Jonathan. The count from the weekend's election is still underway. (31.03.2015)