Northern Nigeria is repeatedly hit by terror attacks carried out by Islamist sect Boko Haram. The region’s Almajiri Koran schools are widely thought to be a recruiting ground for the group. 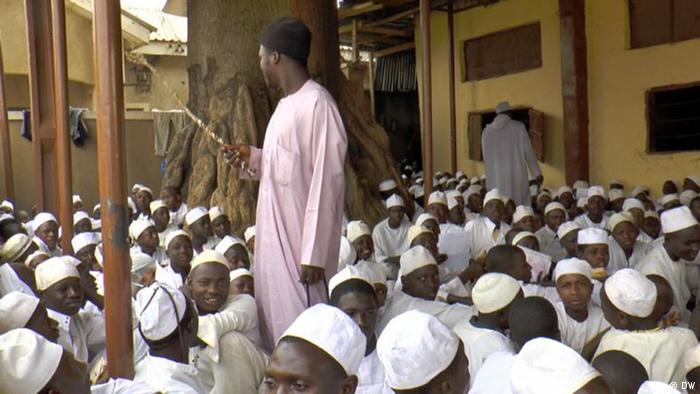 It's a good day for Rabiu. The 9 year-old has just started going from house to house, singing verses from the Koran. An elderly man opens his door and pours rice into Rabius' metal bowl. "I'll cook it and eat it straightaway," Rabiu says. He usually has to wait much longer until someone gives him something to eat but he rarely has to go to bed hungry.

It's midday in Bauchi, a city in northern Nigeria. The streets are full of boys looking just like Rabiu. They wear white robes and each one carries a bowl. 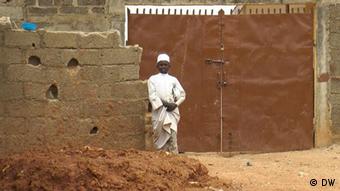 Rabiu goes out begging every day

They are known as 'almajiris' and are partly beggars, partly Koran pupils. There are several thousand of them in Bauchi alone. Most have been sent to the city by their parents who want them to receive a religious education in the Almajiri schools. For many families, that is preferable to attending a state school which costs money. Most of the religious schools provide free tuition. But the Almajiri pupils have to take care of their own daily needs which is why many of them go begging when they do not have to be in the classroom.

The social significance of the Almajiri schools has long been a topic of debate in Nigeria. There are hundreds of them, especially in the Muslim-dominated north. Many Muslims regard the schools as an important element of their religious identity. Critics, especially from abroad, say the young Almajiri pupils who wander through the streets and seek religious orientiation are ideal recruits for extremists.

Nigerian publicist and activist Eneruvie Enakoko went so far as to say in an interview that the Almajiri schools were partly responsible for the Boko Haram terror. The Islamist sect has been destabilising large parts of northeast Nigeria for years. The name Boko Haram means "western eduction is a sin." Attacks by the group on hospitals, police stations or schools have resulted in thousands being injured or killed, most of them Muslims. In February this year alone, an estimated more than 500 people died in Boko Haram attacks. 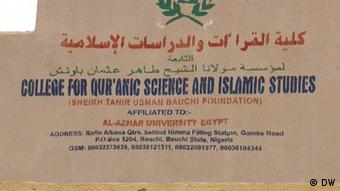 Ahmed Muhammad is a Nigerian journalist who has spent years investigating Boko Haram. He is among those who believe the widespread poverty in the north plays into the hands of such terrorist groups. But he does not see the Almajiri tradition as a central problem. Instead, he says the state must ensure that the many well-educated school-leavers have a perspective for the future. "Every year thousands of young Nigerians complete their school education but there are no jobs for them. They don't know where to go. They are easily influenced – both positively and negatively," Muhammad said. It is known that several leading members of Boko Haram benefited from a Western-style education before they joined the sect. Sect founder Muhammad Yusuf who was killed in 2009 spoke excellent English and is believed to have completed a university course.

Most Almajiri teachers distance themselves from extremist views, even though their methods of instruction appear highly antiquated. After his midday meal, Rabiu has to learn many verses of the Koran by heart. Together with more than a hundred other pupils, he sits on the stone floor of a hut made of corrugated iron that is not really big enough for them all. If one of the boys does not sing the verses loudly enough, he receives a lash from the teacher's whip. 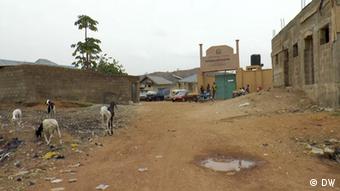 Despite Nigeria's oil wealth many people live in poverty, especially in the north

There are also more modern Almajiri schools which do not use such drastic methods. Here the pupils even receive a warm meal at midday and financial help is available for children from poor families. Teacher Abdullahi Muhammad was himself an Almajiri pupil. "After I finished my Koran training I completed my general studies and then went on to train as a teacher," he told DW. He now teaches mathematics. One lesson he learned from reading the Koran was that everyone should strive to live together peacefully with other people and other religions. "If you read the Koran closely, you will learn that the Prophet Mohammed also looked after non-believers when they needed help," the teacher said.

The Nigerian government intends to integrate the religious schools into the country's official education system. The idea is for as many almajiris as possible to receive a regular education in addition to religious instruction. Koran pupil Rabiu is already planning to go to university, although that day is still far off.

About 100,000 children, including Nigerians fleeing Boko Haram attacks, are among the refugees sheltering in hospitals and refugee camps in north Cameroon. Many are under five and suffering from acute malnutrition. (11.03.2014)

As Nigeria holds celebrations to mark its centenary as a unified state, it was promised support by visiting French President Francois Hollande in its protracted battle with terrorism. (27.02.2014)