Nigeria troops have freed 234 more women and children from the Boko Haram stronghold in the Sambisa forest. The army operation is aiming to recover more kidnap victims. 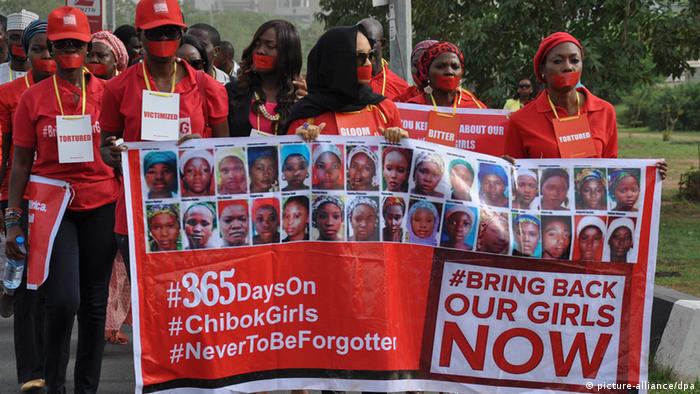 Nigeria's army announced on Friday it had freed a further 234 women and children from the Sambisa forest in the northeast of the country. A military spokesman said the "assault on the forest is continuing from various fronts and efforts are concentrated on rescuing civilian hostages and destroying all terrorist camps and facilities in the forest."

The Islamist terror group Boko Haram had seized about 2,000 women and girls since the start of last year, according to Amnesty International. Its stronghold is the Sambisa forest.

About 500 women and children have already been rescued this week by the military operating through the Kawuri and Konduga end of the Sambisa forest. The 234 will join them at the center where authorities are trying to determine the identities of all those released. "They have been evacuated to join others at the place of ongoing screening," the military said.

It is not yet known if any of the 219 girls taken from their school in Chibok in April of last year are among the children who have been released. A campaign under the social media hashtag 'Bring Back our Girls" (photo) was launched by friends and family of the girls for their safe return.

Outgoing President Goodluck Jonathan, who lost the March 28 elections, was criticized for not doing enough to free the girls, or end the six-year-long Boko Haram insurgency. Some 13,000 people have died and 1.5 million fled their homes in the wake of the group's attacks.

Former military ruler Mohammadu Buhari won the election and is due to assume office on May 29. He has promised to wipe out Boko Haram and prevent the group from setting up a hardline Islamic state in northeast Nigeria.