Nigeria's elections have been postponed for six weeks. Officially, army and police are too busy fighting Boko Haram to keep voters safe. Some welcome the delay; others suspect a government stratagem to stay in power. 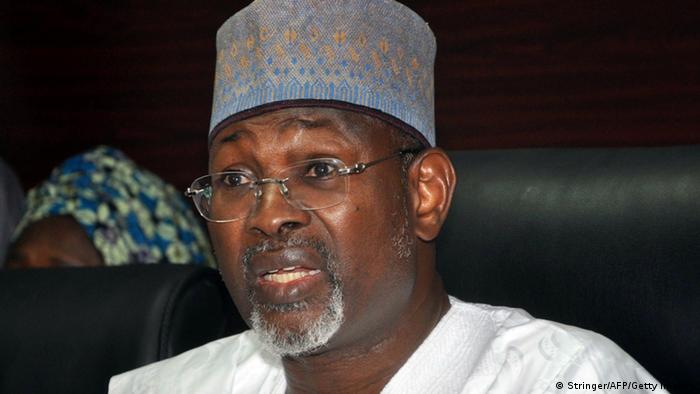 Murna Philips is sitting in one of the olive-green tents which serve as an emergency accommodation for refugees on the outskirts of the town of Yola in northeastern Nigeria.

She is one of more than a hundred thousand people who have fled from Boko Haram in the north of the Nigerian federal state of Adamawa. But even though she has experienced much misery in recent weeks, one item of national news has given her a glimmer of hope.

"We were very pleased to hear that the elections had been postponed, because they also said they would put an end to Boko Haram."

The need to tackle Boko Haram was the reason given for the six-week postponement of the elections and Philips hopes the military will be as good as their word. "Then perhaps we can go back home and vote there," she said.

Outside the refugee camps, few Nigerians have welcomed the delay. Those who do are mostly supporters of the ruling People's Democratic Party (PDP) of President Goodluck Jonathan. The PDP candidate for the governorship of Yobe State, which is under attack from Boko Haram, Adamu Maina Waziri, defends the postponement. 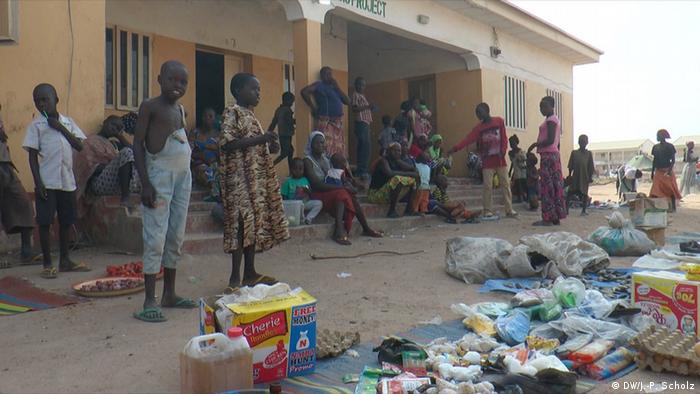 "The Independent National Electoral Commission (INEC) was far from finishing its preparations. Courses in the modern digital technology for polling officials hadn't been completed," he said.

Members of the PDP had been calling for weeks for the poll to be put back because of alleged deficiencies in INEC's preparations. But INEC had always rebuffed such criticism and the military had never referred to difficulties in providing security for elections in the past, said Aisha Ado Abdullahi, a young lawyer from Kano.

The announcement that the vote was being deferred because of an anti-Boko Haram offensive took her by surprise. "We all kept grumbling that all this while they have not been able to fight Boko Haram. And now when we want to have our elections they want to go and fight Boko Haram?" Abdullahi asked.

It is a question which is also preoccupying Hussaini Abdu, who runs the Nigeria office of the international civil rights organization Action Aid. He believes the independence of the INEC is in jeopardy.

"It was a postponement that was largely induced by the military, who said they couldn't guarantee security during the elections and INEC was practically compelled to postpone the elections by six weeks," he said. 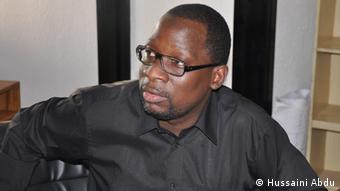 Abdu fears this means the fate of the elections is practically in the hands of the police and the military.

For the first time in sixteen years - since the return to democratic governance in 1999 - the opposition have a realistic chance of unseating the ruling PDP, assuming that the elections are above board.

The hope that they will be free and fair is linked to one particular individual: Attahiru Jega, chairman of the INEC. The renowned political scientist ensured that the last elections four years ago were substantially cleaner than previous ones.

However, officials close to President Jonathan are calling for Jega to be removed because he is alleged to be secretly in cahoots with the opposition. Hussaini Abdu is worried. "We believe this would a very dangerous gamble that the president, anybody, could do - removing Jega before the elections," Abdu said.

What are Jonathan's plans?

President Jonathan remains as evasive as ever. Facing reporters in a live television interview on Wednesday (11.02.2015), he was asked whether he still had confidence in Jega. "If I feel that Jega is not good enough then I can by provisions in the constitution remove the person I have appointed. But I have not told anybody that I want to remove Jega," Jonathan said. 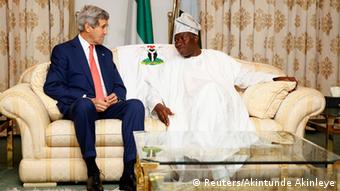 This is hardly an expression of confidence in the work of a key official, quite apart from the fact that the president would need a two-third majority vote in the Senate in order to remove Jega.

Critics of the postponement say the plan to remove Jega was the most plausible reason why the government wanted to create a breathing space for itself - in the shape of a postponement.

Abdu recalls action taken by Jonathan in the case of the former head of the central bank and current Emir of Kano, Sanusi Lamido Sanusi. After Sanusi had drawn attention to the disappearance of billions of dollars in oil revenue, Jonathan did not instigate official proceedings for his removal, but suspended him for inappropriate conduct instead. If Jonathan were to proceed in a similar manner in Jega's case, the elections would be over before any judicial review of the decision could be completed.

Abdu is convinced that Nigeria's civil rights activists wouldn't tolerate Jega's removal without putting up a show of defiance. If the government were to postpone or cancel the elections on March 28, they would risk popular unrest, possibly even street violence.

Interestingly, President Jonathan, when facing the cameras on Wednesday, did not make a commitment to March 28 as polling day, but to the day on which a new government would take office.

"Let me assure Nigerians that elections will be conducted in this country and a government will be inaugurated on the 29th of May," Jonathan said. Stories that he was planning to remove Jega "belong to the garbage world."

Fighters of Nigeria's Islamist militant group Boko Haram have attacked a Chadian village, killing several people. The strike is the first known attack by the group in the neighboring country. (13.02.2015)

President Goodluck Jonathan says he was 'not consulted' over the six-week postponement of elections originally scheduled for Saturday (14.02.2015). He repeated a promise to bring home the Chibok girls. (12.02.2015)

Niger has joined Chad in approving the deployment of troops to northern Nigeria to fight Boko Haram. But the Islamist militants may prove a more formidable challenge than many anticipate. (10.02.2015)