The Nigerian government has hailed a plan by African Union leaders to deploy 7,500 troops to fight against Boko Haram militants and said that it showed the extent of cooperation among neighboring countries. 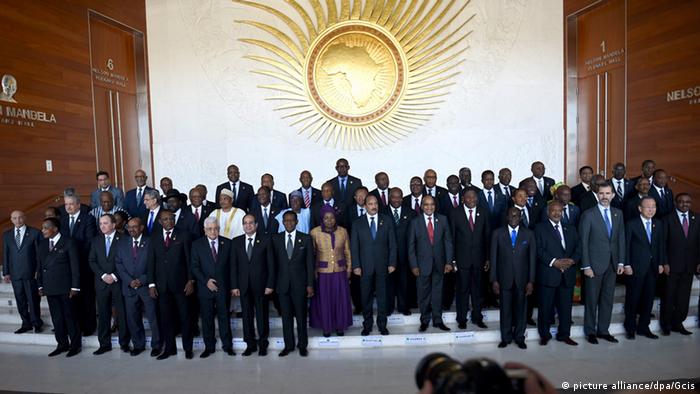 In an exclusive interview with DW, presidential spokesman Reuben Abati said the new plan "shows the commitment of the African Union (AU) to ensure that an end is brought to the nightmare the militants have caused to the entire region."

He refuted previous media reports that said Nigeria had rejected any external help to deal with the insurgency in the northeast of the country which has claimed thousands of lives and destroyed the infrastructure there.

"Nigeria has never been against cooperation among neighboring countries," said Abati. "President Goodluck Jonathan has always said both regional and international cooperation was required."

But in recent months, ordinary Nigerians have accused the government of failing to address the rising insecurity especially in the northeast of the country.

The three states of Adamawa, Borno and Yobe states have been the worst affected by the insurgency started by Boko Haram in 2002.

'Need for a decisive response'

About 15 African leaders who met prior to the AU summit in Addis Ababa, Ethiopia, drafted plans to deploy a multinational force to fight Boko Haram. At the summit the chairwoman of the AU Commission Nkosazana Dlamini-Zuma said, the threat "has now spread to the region beyond Nigeria and requires a collective, effective and decisive response."

UN Secretary General Ban Ki-moon, a guest speaker at the summit, said that "terrorism knows no boundaries and affects African countries in the Horn, the Sahel and elsewhere."

"In Nigeria and beyond, we are all appalled by the brutality of Boko Haram, which poses a clear danger to national, regional and international security," Ban said.

The AU now wants the UN to set up a trust fund to provide the multinational force with logistical and financial support. 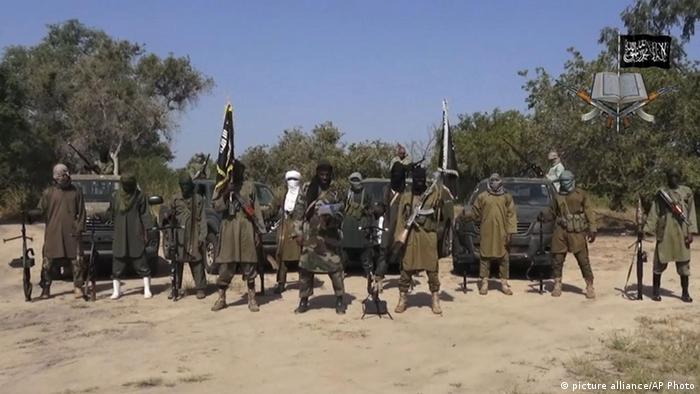 Boko Haram is responsible for numerous attacks and kidnappings in Nigeria

Praise and criticism for plan

There have been mixed reactions from ordinary Nigerians, especially in the north of the country, on the pending deployment of foreign boots on Nigeria's territory to fight against the militants.

"It is good for regional troops to come and join our forces in fighting Boko Haram because Nigeria has contributed to peacekeeping missions in different parts of Africa," said Olajipo Haruna, a local resident.

Abdulahi Muhammed, a legal practitioner, said the deployment of regional forces shows irresponsibility, lack of purpose and lack of determination on part of the Nigerian government. "They are sending 7,500 troops to Nigeria while the country has more than 50,000 troops. Truly today is a sad day for Nigeria because we have realized that our leaders are not responsible enough to run this country."

"It is a welcome development and a good idea because the present administration is not serious about tackling the insurgency. The insurgents overpowered the army in so many places like Bama, Mubi etc.. I see no reason why we have the air force, infantry and the navy," said Abdullahi Abubakar, another concerned resident.

Boko Haram, Ebola, Central African Republic, South Sudan - African leaders have much on their agenda at their summit this weekend. At the top of the list is the creation of an anti-terrorism force. (28.01.2015)