Nigeria steps up the fight against Ebola

Nigeria is fighting to become an Ebola-free country again. The government has now set up a free hotline. It is a place where phones ring nonstop. 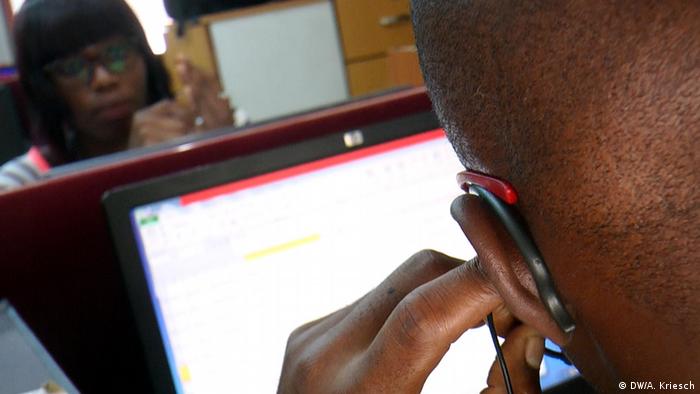 Bodunrim Kehinde Paul is sitting in front of his computer. He is wearing his headset and holding a pen in his hand. The caller is talking about a neighbor who might have contracted Ebola. "What symptoms does the person have?" Paul asks. "Fever," is the answer. "And his body itches."

On average, the doctors and medical students at the hotline center receive about 500 calls a day. Two Ebola cases have already been identified thanks to the helpline. That makes Paul proud.

But the everyday work at the center can be frustrating. The telephone network breaks down constantly – that's pretty normal in Africa's most populous country. Despite all the patience and understanding shown for callers' fears, sometimes Paul has to smile. 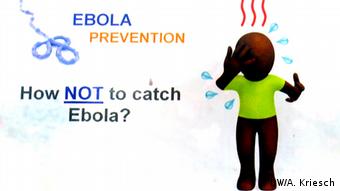 The hotline desk receives about 500 calls a day

"A man called and he was telling us that there is a Liberian woman who sells food across the street," said the doctor. "Now she went back to Liberia and she is not back yet – he called to report so that the police would intercept the woman at the airport."

The Ebola virus was brought to Nigeria in July, by a man who came by plane from Liberia. Now the country has registered 18 Ebola cases and on Wednesday (03.09.2014) the country recorded its seventh death.

Fear and prejudice towards people coming from the affected countries have been increasing rapidly. On Sunday the police arrested 39 citizens from the Democratic Republic of Congo and Sierra Leone in two Lagos hotels, afraid that they could be carrying the virus.

According to Lawal Bakare, the core task of the hotline desk is to educate the population. The young physician is the head of "Ebola Alert", a multimedia awareness campaign.

Bakare is proud of what he and his team have achieved in a very short time: the hotline, plus an interactive website incooperating Twitter, and also chats with experts.

"On Twitter alone we have reached more than two million people," said Bakare. But social media have also been a source of false rumors about Ebola. A few weeks ago someone posted that salt water can protect people against the virus. Two Nigerians died and several were hospitalized due to excessive consumption of salt.

Over the weekend, a flyer claiming that a pastor can immunize people against Ebola was all over the Internet. 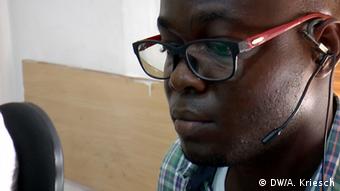 Bodunrim Kehinde Paul says the Ebola hotline is a success

"This is dangerous," warns Bakare. "If someone with the virus comes to church, he or she could also infect the pastor and members of the congregation." The flyer caused an outrage on Twitter and some participants called for an immediate arrest of the pastor.

'Hopefully, our job is soon superfluous'

While other countries in West Africa are desperately grappling to bring Ebola under control, Nigeria has been able to prevent a major outbreak so far.

All Ebola patients in the country had direct or indirect contact with the Liberian who brought the virus into the country.

"We are lucky that this case was discovered in time," says Bakare adding that awareness has been increasing fast.

The voluntary call center doctor Bodunrim Kehinde Paul is convinced that he will soon return to his hospital. "We pray and hope that our job soon will become unneccessary and the epidemic will be contained."

This week the World Health Organization hosts consultations on the use of experimental drugs against Ebola in West Africa. DW speaks to the US Center for Disease Control's top epidemiologist for Ebola, Dr Barbara Knust. (04.09.2014)

The World Health Organization has released new figures on the number of casualties from the ongoing Ebola epidemic. Nearly 2,000 have died of the virus since February. (03.09.2014)

As the continent gears up for its African Nations Cup qualifiers, concerns are growing that the deadly disease could ruin the games. Some argue soccer players and fans from Ebola-hit countries could spread the virus. (03.09.2014)