For Nigeria, Friday marked the end of a full year without a single new case of polio. If this continues for another two years, the country will be officially declared polio-free. Experts warn against complacency. 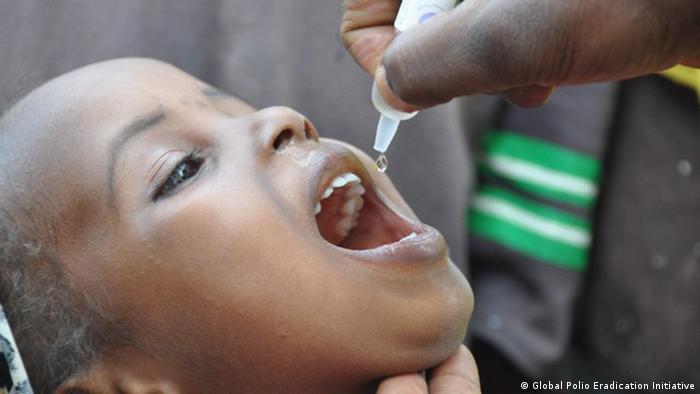 The last registered case of polio in Nigeria occurred in the Sumaila district of Kano state in the north. It brought to six the total number of cases in 2014, a sharp decline from 338 recorded in 2009, according to figures from the World Health Organization (WHO).

The next step towards being officially declared polio free will be taken within the next four to six weeks. If samples sent for checking are found to be clear and surveillance data meets international standards, then Nigeria can hope to be removed from the WHO's list of polio-endemic countries, provided there are no new cases within the next two years. 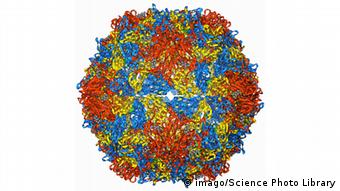 Polio is a contagious viral illness that in its most severe form causes paralysis, difficulty with breathing and sometimes death. In 1988 it was still common in 125 countries; today only Nigeria, Pakistan and Afghanistan remain on the WHO list of countries where it is endemic.

Immunization protects people from polio and stops the disease from spreading.

The news that no new case had been recorded during the past twelve months has been welcomed in Nigeria but some health experts have been quick to warn against complacency. Speaking to news agency AFP, polio eradication expert Oyewale Tomori stressed that the next two years will be crucial.

All three countries still on the WHO list have faced challenges in implementing immunization programs. Immunization teams have been attacked and some members even killed as rumours were spread about the safety of the vaccine. Several immunization workers were shot dead in northern Nigeria in February, 2013, two months after nine female workers were killed in Pakistan.

Ten years earlier, in 2003, the immunization program came to a temporary halt in Nigeria when scientists were called on to investigate rumours that the vaccine caused AIDS or was a plot to sterilize Muslim girls. As a result, several years were lost in the fight to eliminate the disease.

In an interview with DW, Dr Ado Muhammad, Executive Director of Nigeria's Primary Health Care Development Agency, said that while the news of a polio-free year is "for us in Nigeria an exciting moment, the work is not yet finished because our goal is eradication, not only interruption." 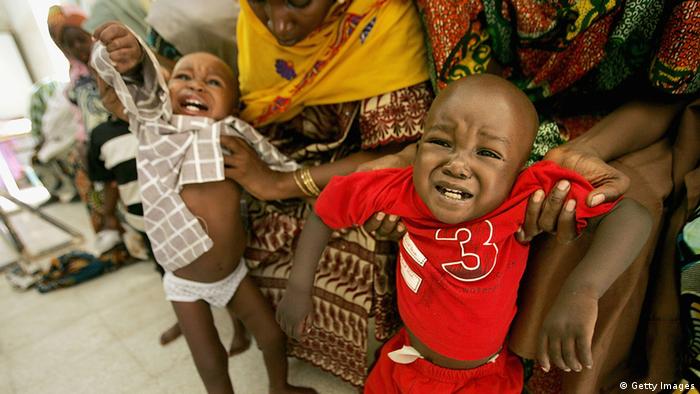 To achieve that goal, Dr Muhammad said the gains already made must be sustained "by improving the quality of polio awareness campaigns. Secondly, we intend to strengthen routine immunization as well as our surveillance system so that if there is any case of poliomyelitis anywhere in the country, we'll be able to pick it up."

Dr Muhammad called on Nigeria's international partners to realize the fight against polio is not over yet “so funding should not be reduced." He said the new government of President Muhammadu Buhari would continue to fund the anti-polio program and "we expect partners to do the same so we can retain our polio-free status."

Dr Muhammad said there are still some areas not fully assessed "particularly in the northeast where we are witnessing a security challenge" - a reference to the ongoing Boko Haram insurgency which has devasted many communities and caused more than 1.5 million people to flee. They are now living in camps as internally displaced persons (IDPs). Special hospitals have been set up in the camps and immunization teams have developed a "fast in and fast out" strategy in dangerous areas so that as many children as possible can be immunized. 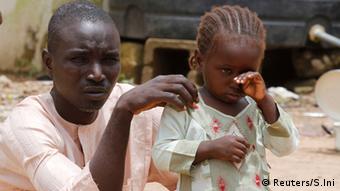 Dr Muhammad had words of praise for the Nigerian military "for opening up most of the local government areas in [the northern states of] Borno and Yobe. That will allow us to assess children in those areas."

Another important factor in improving the level of surveillance, Dr Muhammad said, was that "we have activated additional sources of information." These include traditional birth attendants and patent medicine vendors.

While the main focus is on achieving complete eradication of polio, the plight of those afffected has not been forgotten. Last year, operational surgery was carried out on some 600 victims and Dr Muhammad gave an assurance that work would continue "to help those affected have a quality life."

Representatives from Nigeria, Pakistan and Afghanistan meet every six months, coordinated by the WHO Independent Monitoring Board, to review the situation and share notes. Three weeks ago a team from Pakistan visited Nigeria to see the work of the emergency operations center at first hand.

A clinical trial gives hope that the right vaccination scheme could eradicate polio worldwide by 2018. Another study, though, warns that mutated viruses could jeopardize that goal. (22.08.2014)