A clinical trial gives hope that the right vaccination scheme could eradicate polio worldwide by 2018. Another study, though, warns that mutated viruses could jeopardize that goal. 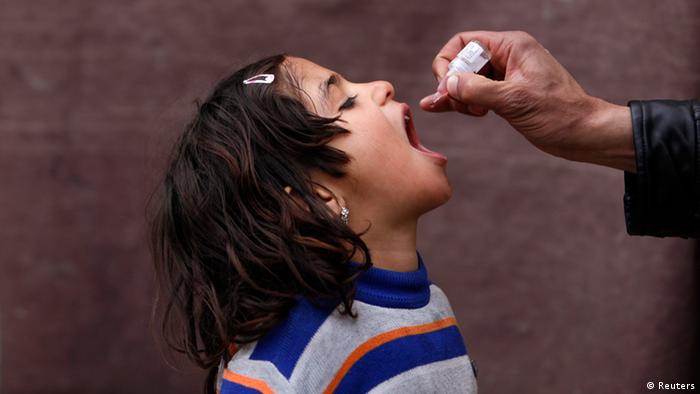 The crippling and potentially fatal disease polio, caused by a virus, is almost eradicated - but only "almost".

It still persists in remote or conflict-ridden areas of Nigeria, Pakistan and Afghanistan. From there, travelers can take the virus to other countries and infect unvaccinated people.

The Global Polio Eradication Initiative, spearheaded by national governments and the World Health Organization among others, has set the target of wiping out polio completely by 2018.

Vaccination is the key to reaching this goal. But scientists have been debating for more than 50 years which kind of vaccination is the most suitable. A new clinical trial suggests the answer could lie in a combination of both.

In the 1950s physician Albert Sabin developed a live oral polio vaccine (OPV). It contains attenuated polio viruses, those are viruses which are still live, but less virulent. Experts say it is cheap and easy to use.

According to the Robert Koch institute - one of the central health institutions in Germany - more than a hundred countries still rely solely on this vaccine.

It not only protects against the disease itself, but also blocks transmission of the virus. That is because the virus from the vaccine replicates inside the human gut. If someone who is vaccinated later comes into contact with a polio virus, the immune system in the gut will recognize the virus and fight it.

However, after vaccination, active viruses are excreted with the feces and could infect other people.

As attenuated viruses are still infectious, in very rare cases the vaccine itself can make people ill.

Studies show that as many as ten separate doses of OPV might be needed to reach full immunity - a problem in those very polio-stricken regions that need protection the most. 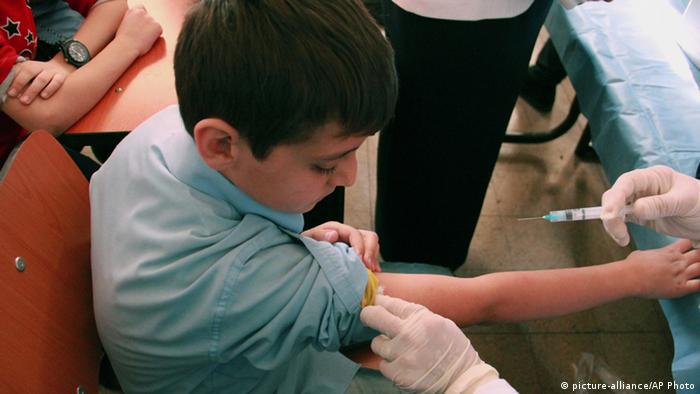 Vaccination by injection is more expensive than the oral vaccine.

Also in the 1950s, Jonas Salk developed another polio vaccine that can be injected (IPV). It contains an inactivated virus that can no longer replicate. Wealthy countries including Germany use only IPV nowadays.

Combine both to have the best results

In a clinical trial involving nearly 1,000 infants and children in India, an international team of researchers set out to find out which vaccination scheme is best.

They vaccinated children with one vaccine or the other. Four weeks later the children received a dose of the oral vaccine, regardless of what they had received before. The researchers then examined the children's feces for polio viruses.

The best protection was achieved with a shot of IPV and a dose of OPV four weeks later, the researchers report in "Science". The number of viruses in the feces was reduced by up to 75 percent, so that these children were much less infectious to others.

"Both vaccines complement one another and should be used to interrupt the final chains of transmission to attain a polio-free world in the most rapid and effective way possible," said study co-author Roland Sutter, WHO's coordinator for research and product development, polio operations and research.

The world is 99 percent polio-free, says Hamid Jafari, director for polio operations and research at WHO and a co-author of the study. Just one percent is missing, "and IPV could play a significant role in achieving this final one percent," Jafari said at a press conference. 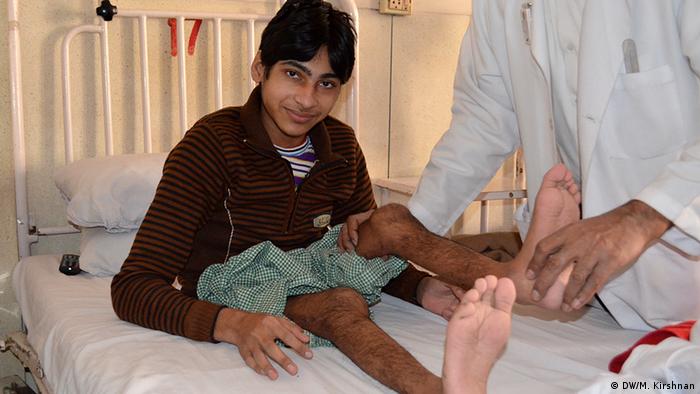 Polio can lead to paralysis and permanent leg damage.

Confirming what was already guessed

Sabine Diedrich, polio expert at the Robert Koch institute (RKI) in Berlin, told DW she was not surprised when she read the study.

"These results only confirm current scientific vaccination recommendations," she says.

The WHO has already called on all countries to introduce at least one dose of IPV into routine immunization.

"But up to now there haven't been extensive studies to support this," Diedrich says.

While the WHO and many polio researchers are optimistic that polio could soon be wiped out, a mutated form of the virus could put a spoke in the wheel. In 2010, during a polio epidemic in the Republic of Congo, an unusually high number of people died, even though many of them were vaccinated. 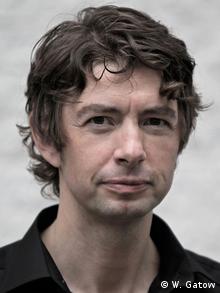 A study lead by Christian Drosten at the University of Bonn found out why this epidemic was so lethal: in the bodies of the deceased, they found a mutated polio virus, they report in "PNAS".

The researchers tested this new form of virus on 30 blood samples taken from their students, who had been vaccinated against polio. They found that the immune reaction against this new virus was weaker compared to the reaction against other non-mutated polio viruses.

"We estimate that every fifth test person could have been infected with this new polio virus, maybe even every third," says Drosten.

RKI's Diedrich stresses there is no reason to panic: "Only those whose protection through vaccination is already weak would be in danger." People who get vaccinated against polio regularly and thus have enough antibodies in their blood, would still be protected, she says.

The results provide one more argument in favor of taking good precautions against polio - even in wealthy countries where the virus is no longer circulating.

WHO: 'Pakistan is one of the taps for poliovirus'

The World Health Organization has identified Pakistan as one of the countries posing the greatest risk of spreading polio. WHO spokeswoman Sona Bari explains how various international outbreaks are linked to the country. (08.05.2014)

The World Health Organization has declared polio a "public health emergency." Civil war and conflict are thought to have led to the deadly disease's re-emergence in countries where it was believed eradicated. (05.05.2014)