At least three dozen bodies were recovered, but rescuers fear more than 150 people in total could have drowned. A local official said the boat was carrying at least twice as many passengers as permitted. 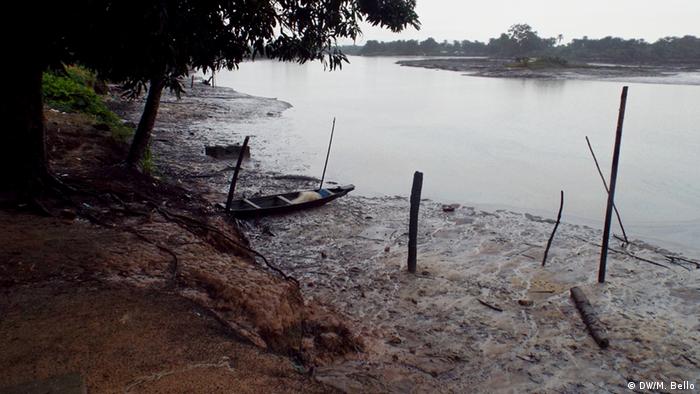 Boat capsizals are common in the area

Nigerian rescue workers pulled three dozen bodies from the water on Thursday, after a boat carrying at least 160 people capsized in the Niger River in northwestern Nigeria on the previous day.

The boat's maximum capacity was 80 passengers, with the vessel also weighed down with bags of sand from a gold mine.

The incident occurred near the town of Wara, which is on the shores of the Kainji Lake, according to a spokesman of the governor of Kebbi.

How many victims were there?

Abdullahi Buhari Wara, an administrative head of the Ngaski district, said the boat was overloaded as it left central Niger and was traveling on the river, when it broke apart. Officials said only 23 people were rescued, although one survivor, Buhari Abubakar, told the Reuters news agency that 40 survivors have been found so far. Many are still missing.

"Five bodies were recovered yesterday and 31 bodies today, and the recovery operation is ongoing. More bodies are expected to be found," Abubakar Shehu, a local official supervising the rescue operation, told AFP.  "The bodies are bloated and now coming to the surface which makes it easy to spot them."

"My brother is among the missing. This is the worst boat accident that has happened in this water," he told Reuters.

He said most of the passengers were returning from a newly-discovered gold vein in neighboring Niger. The Wara resident said most of the people who take the boat travel in the evening and return in the mornings.

"Most of them are petty traders, food vendors and the local miners," he added.

Why are boat accidents a frequent problem in Nigeria?

Boats capsize fairly regularly in Nigerian and Nigerien waters because of overcrowding and a lack of maintenance, especially during the annual rainy season.

Earlier this month, 30 people drowned when an overloaded boat broke apart in central Niger. The boat broke in two after hitting a stump during a storm, according to emergency officials.

The accidents put pressure on Nigerian authorities to tighten policies on water transportation.

“Anyone who wants to do business in water transport just [does] it. They have old boats, there are no safety measures and officials barely control this,” said DW’s Muvunyi.