Nigeria is grappling with overcrowded prisons and a backlog in court cases. In a bid to change this, Oyo State is now punishing lighter crimes with community service rather than jail time. 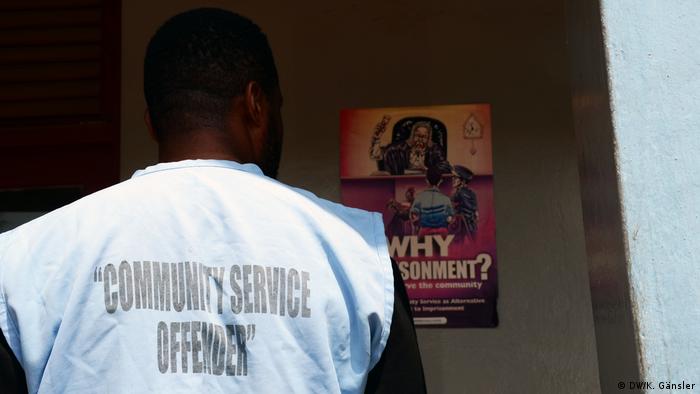 Registry books and forms are spread out on the desks of Oluwatosin Olaoye and his three colleagues. They consult each other and fill out the forms. The cramped office lies in the center of Ibadan, a city of about one million people in southwest Nigeria.

Their positions are new and were created as a part of a reform of the judicial system in the state of Oyo. Since 2017, people who commit petty crimes such as stealing food, can do community service instead of jail time. Olaoye is a field officer. "A field officer is there to supervise the offenders, to take them to the field, to supervise them to work," he explains.

Olaoye greets a young man standing outside the office. The man, who doesn't reveal his name, slips into a light blue shirt bearing the words "community service offender." He started his three-month-long service just a few days ago.

The man seems irritated and says that he isn't guilty of the crime he was accused of committing. "What brought me here to community service was my salesgirl. She worked for me and she stole my money. When I wanted to take stock, she ran to the police station to report me," he says. "Before I knew what was happening, they took me to court. In court, the girl said she lent me money." For the next few weeks, he's been set the task of sweeping the corridors and cutting grass around the courts. Although he is not happy with the sentence, he agrees that community service is better than serving time in jail.

Over 72,000 people are currently serving sentences in Nigerian prisons. Like the Agodi prison in the center of Ibadan, most of tthe country's prisons are overcrowded. A huge board at the entrance of the prison states that 1,189 persons are currently being held here – officially the prison has a capacity of 290 prisoners.

The overcrowded prisons were the main reason why churches and civil society groups fought for a change in the prison system. A second reason was that the judiciary was not able to keep up with its caseload.

"Mostly [prisoners] stay longer than they are supposed to. They stay awaiting trial. They stay six months, a year, without their case being tried. At the end of the day, when their case is being tried, they're still given a sentence in prison,” says Tolulope Fayemi from the catholic-based Justice Development And Peace Commission (JDPC).

Only 159 of the inmates currently in Agodi prison have received a verdict. As Fayemi explains, prisoners are routinely "forgotten" by the judicial system, especially when the people concerned have no money or influential contacts who could push their case forward.

Apart from the business capital Lagos, Oyo is currently the only Nigerian state implementing community service. Between July 2017 and January 2019, a total of 124 persons were sentenced to community service hours. 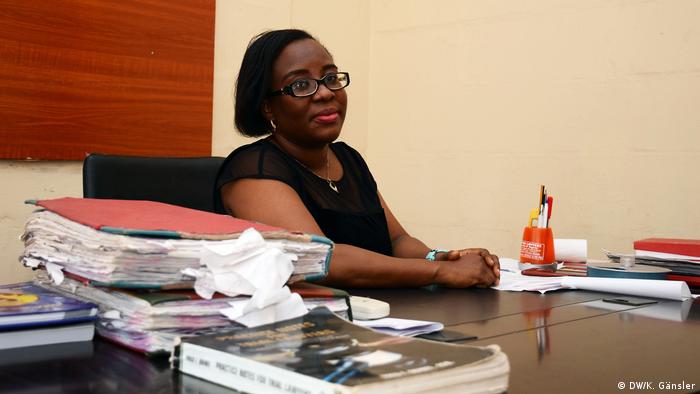 Judge Olabisi Ogunkanmi views this as a positive development: "There are simple offences whereby you don't have to necessarily give prison custody or fines. Simple offences that can be punished via community service and it's been working." She believes that people should be given the chance to better themselves. There's hardly any scope for that in prison. Both the government staff and the NGOs admit that the prisons are often a place where many people first come into contact with hard-core criminals – a perfect ground for recruitment for criminal networks.

Being jailed together with hard-core criminals was also the main worry for the young man cleaning the corridors of the Ibadan court house. "Of course my wife is not happy about the situation," he explains as he sweeps away cobwebs and dust. "But I can go back home and see my family every evening.” It also prevents awkward questions from neighbors and social exclusion.

The offender, however, does need a guarantor so that he or she doesn't run away, says Tolulope Fayemi. 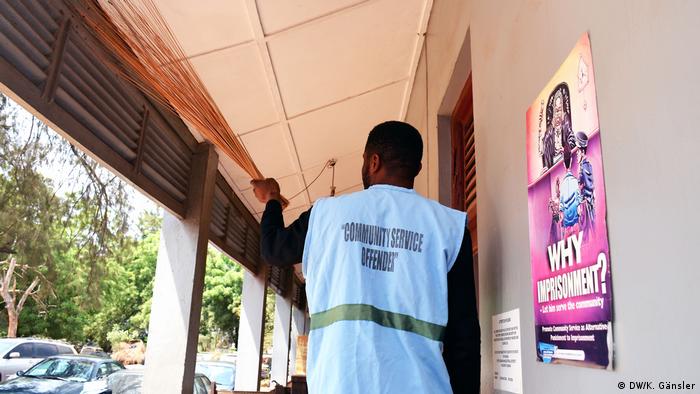 The offenders may not be happy about the work they have to do, but at least they are allowed to sleep at home

If a person steals milk, it's hunger

Until now most of the service is restricted to the court grounds. "People don't quickly adjust to change, but by the time they see that it's working, they accept it," says Ogunkanmi. Once the system has proven itself, the judge thinks, it can be expanded. Then neighborhoods and the community can also profit from the service.

In many cases, however, it is the offenders themselves who profit most. "We had an offender – the boy was good. He was hardworking, he knew how to cut grass very well. We advised him that if he could do this it would be a good job for him and he could earn money with it," says field officer Olaoye.

Such advice is very valuable, because as Fayemi points out, poverty and unemployment is one of the main reasons that people land in jail. "Poverty is a major issue in Nigeria and I think it's part of what makes people commit offences that make them land in prison. Most of the offences we get are petty stealing. We have cases of people stealing sachets of milk – then you know that it's hunger,” says Fayemi. "We have cases of people stealing bananas, a tin of rice – that is just a portion that could serve one person."

Who provides your security?