Nigeria's Air Force said one of its planes crashed in central Nigeria with the country's army chief Ibrahim Attahiru on board. 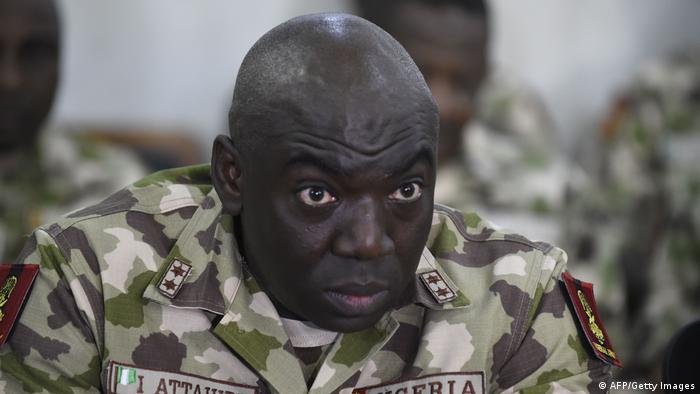 The spokesman acknowledged that one of its planes was involved in a crash near Kaduna International Airport, some 180 kilometers (112 miles) north of the capital, Abuja.

Ten other military officers were killed when the plane went down in bad weather.

Attahiru was laid to rest in Abuja on Saturday. The army posted videos on social networks of the service attended by political and military leaders at the national mosque.

"It's a sad development, but of course the values that he stood for [are] values that we cherish as members of the armed forces," Nigeria's Chief of Defense Staff General Lucky Irabor told DW.

Ibrahim Gambari, chief of state to President Muhammadu Buhari told DW that he was deeply shocked and saddened at the fatal crash: "Their deaths will not be in vain because what they stood for — the end of all these security challenges — will be the best way of honoring [them]."

Attahiru took over as army chief in a major military reshuffle in January. Nigeria has been facing insurgencies from Boko Haram and Islamist State-affiliated militants, as well as separatist Indigenous People of Biafra group (IPOB). Additionally, security forces are struggling to respond to  kidnappings and other security threats by well-organized groups of bandits. Buhari appointed Attahiru and three other top military leaders in an attempt to curb the violence.

Buhari called the crash a "mortal blow ... at a time our armed forces are poised to end the security challenges facing the country."