The west African state of Niger is the world’s third largest producer of uranium ore. A new deal has been signed with French nuclear energy company Areva. Will this benefit the population of the bitterly poor nation? 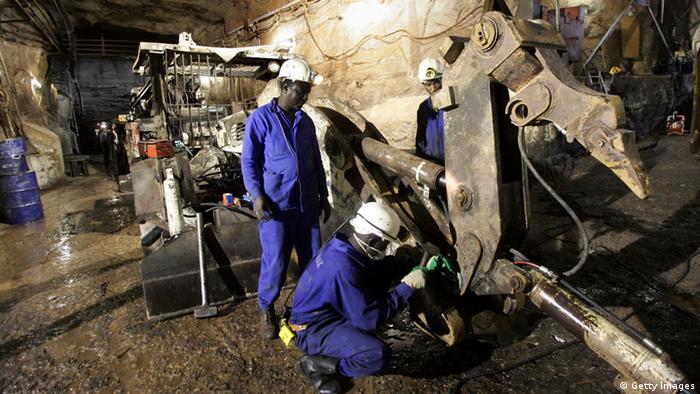 Areva employees at a uranium mine in Niger's Arlit desert region

The government in Niamey had been fighting for this signature for over a year. Finally, on Monday (26.05.2014) the minister for mines and energy had it in black and white. The French nuclear company Areva will continue to extract uranium ore in Niger for the next five years – but now in accordance with conditions set by the government.

Speaking at a press conference, Minister for Mines Omar Hamidou Tchiana said "All sides are satisfied with the outcome." In the words of Areva's CEO, Luc Oursel, a new chapter will now be opened in the history of uranium ore extraction in Niger.

Under the new deal, Areva must now pay up to 12 percent in taxes on the uranium ore extracted, instead of the previous 5.5 percent – as required under the country's minining law of 2006. For the government in Niamey this is a huge success as Areva had previously benefited from hefty tax benefits. The company did not pay export tax for the uranium ore or corporate tax, according to reports published in early 2014 by news agency Reuters which were based on confidential information. According to Niger's minister for mines, this meant the country was losing some 30 million euros ($40.8 million) annually. Niger is the world's third largest producer of uranium after Canada and Australia.

"For years the state has irresponsibly allowed huge sums of money to slip through its fingers," says Nigerien activist Nouhou Arzika. He is not convinced that things will change with the new contract. The two Areva subsidiaries Somair and Cominak, which extract uranium ore round the clock from the region around the the town of Arlit, had expressed strong reservations about the new rules. But they agreed to them nonetheless – and in return will not pay value added tax. "That is highly untransparent and we do not know whether the general population and the mineworkers will really profit more in future," Arzika told DW. 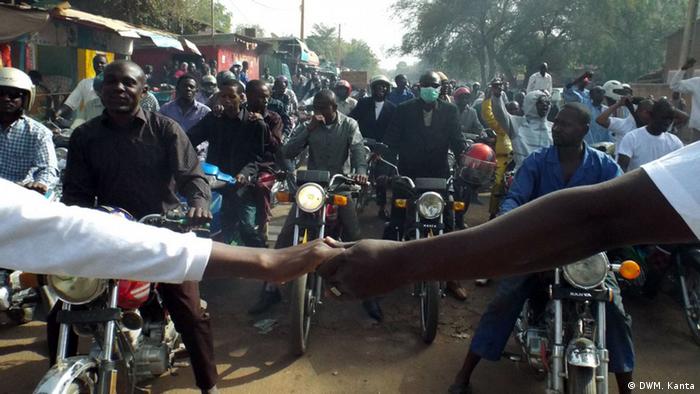 With a workforce of 6,000, Areva is the biggest employer in Niger. The company has been extracting uranium ore in the north since 1968, in quantities large enough to cover 40 percent of requirements in France where nuclear power is the primary source of energy. The French state is the main shareholder in Areva, holding 80 percent. According to the International Monetary Fund (IMF), in 2013 Areva's profits of around 9 billion euros were almost double Niger's Gross Domestic Product.

Set against this, the 100 million euros which the company has now agreed to invest in development projects in Niger are just a drop in the ocean. The money will be used, for example, to build asphalt roads between uranium town Arlit in the north and Tahoua further to the south. But the majority of the population of 17 million continue to wait for electricity, a functioning water supply and work from which they can earn a decent living. Niger is one of the world's poorest and least developed countries, occupying the final position on the United Nations' Human Development Index.

More than 60 percent of the population live on less than a dollar a day. Those who work close to the uranium ore extraction sites or live nearby face serious risks to their health. The mines at Arlit are surrounded by millions of tons of radioactive waste material.

"Most people know nothing about the risks," says Idayat Hassan from the Center for Democracy and Development in neighboring Nigeria. There is a lack of political will to implement international standards and reduce contamination levels, she complains. 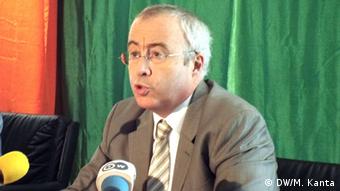 Areva CEO Luc Oursel has agreed to the new conditions

In 2010, environmental watchdog Greenpeace published a report saying that the level of radioactive contamination around Niger's uranium ore mines was 500 times higher than normal background radiation. Greenpeace accused Areva of using water from the region for its own needs and then piping the contaminated waste water back into Niger's rivers and lakes. In four out of five samples, Greenpeace recorded a level of uranium contamination many times higher than that deemed acceptable in drinking water by the World Health Organisation (WHO). This brought Areva the infamous "Public Eye Award" not just once but twice in 2008. This is an award made by NGOs to companies which demonstrate blatant irresponsibility towards man and environment.

Time for the president to act

The breakthrough in the negotiations between Areva and the Nigerien government is a success which could encourage other countries to stand up against foreign investors, says Idayat Hassan. But now the government in Niamey must make the next move. When President Issoufou took office in 2011 he promised an economic boom. He himself is a mining engineer, trained in France. Between 1985 and 1992 he even worked for Areva.

Hassan is not very optimistic. In the whole region – be it Nigeria, Niger or Guinea-Conakry – the wealth of raw materials has not led to improved living conditions, she says. "That is mainly because of corruption and Niger is no exception. How can a country be one of the biggest producers of uranium ore and at the same time one of the poorest in the world?"

Alongside neighboring states Mali, Libya and Nigeria, Niger had seemed like an anchor of stability. After a coup in 2010, things seemed to be moving forward again. But now a power struggle threatens to halt the progress. (27.05.2014)

France has unveiled plans to set up a state-owned mining company aimed at exploring and exploiting mineral resources abroad. The move is yet another sign of the return of French state intervention in industry. (21.02.2014)

Though many consider the risks incalculable, Tanzania is planning to mine its radioactive uranium. A history of gold mining shows that the country, its people and abundant wildlife stand to gain little from doing so. (19.10.2013)