Though many consider the risks incalculable, Tanzania is planning to mine its radioactive uranium. A history of gold mining shows that the country, its people and abundant wildlife stand to gain little from doing so. 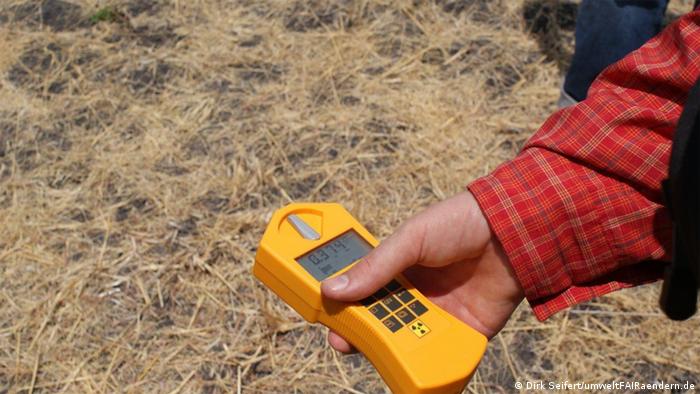 Not far from Tanzania's capital of Dodoma is the rural area of Bahi. The small village in the heart of the country on Africa's coast, though, is sitting on a proverbial "gold mine," one that has raised eyebrows at both the national and international levels: uranium. Tanzania has been carrying out exploratory drilling operations for a number of years so that it might soon begin the real business of uranium mining. People who live in Bahia, however, have reacted to the drilling with skepticism. 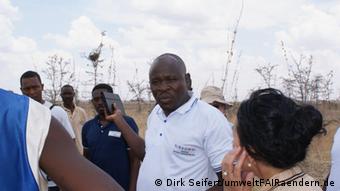 For Anthony Lyamunda, the local population is not involved as part of the discussion. Lyamunda is the director of the CESOPE, an NGO devoted to empowering local Tanzanians by providing education and information about their legal rights.

"We still don't know where that money's supposed to go," he told DW, adding that he has little hope that much of what will be gained from drilling in the region will end up in the hands of the people living there - particularly given the country's experience with gold.

"That was a long time ago, when we began mining for gold in Tanzania. Has the land developed in any way since then?" He asked, adding that the general population continues to live in poverty. "What miracle has to happen now for us to finally become rich through uranium mining?"

Uranium, a radioactive element, is sought after around the world over. It is used in nuclear medical treatments, is essential for the production of nuclear energy and is also used in nuclear weapons. 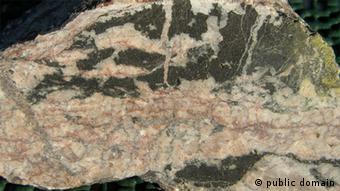 Roughly .72 percent of "normal" uranium will be the weapons-grade uranium-235 isotope

Though Tanzania's government appears determined to take part in the lucrative mining business, German parliamentarian Ute Koczy has called for a worldwide ban of uranium mining. Her party, the Greens, has been promoting an end to nuclear power for decades, saying that nuclear energy carries incalculable risks. In Bahi, Koczy visited exploratory drilling sights back in 2010 and has been following the developments since then.

Koczy recalled the risks of nuclear energy, pointing to the nuclear reactor catastrophes in Chernobyl and Fukushima. But she also said there were potential safety risks in Tanzania, which are high during the mining of radioactive ore. Uranium's utility for Tanzania itself is very limited, Koczy said. The German parliamentarian criticized the fact that the large majority of mining licenses have gone to foreign firms, with the public having no oversight as to the profits secured by these companies.

Tanzanian Minister of Energy and Minerals Sospeter Muhongo views the future brightly, though. For workers, safety risks will not be an issue, he said.

"Through the advances made in nuclear technology, we can take care of ourselves and guarantee that people near the mine will not be affected by radioactivity from uranium," he told DW. He added that Tanzania already has a nuclear regulatory authority in place, the Tanzania Atomic Energy Commission, which will ensure that international standards are maintained. 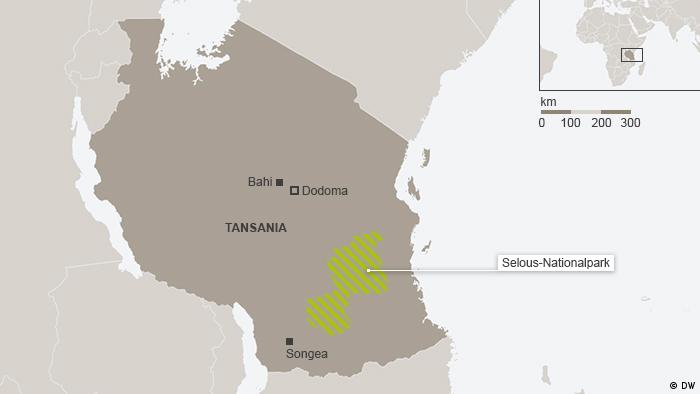 Beyond uranium mining, the park has received criticism for elephant poaching and a planned hydroelectric dam

Further south, there are also uranium deposits. There, the majority of the deposits reside in an area unpopulated by humans but well populated by animals. The Selous Game Reserve is one of Africa's largest contiguous wildlife sanctuaries and a UNESCO World Heritage Site. Yet even here, a compromise was made: UNESCO allowed Tanzania to reduce the size of the park in order to preclude illegal mining - and at the same time avoid losing UNESCO World Heritage status.

Christof Schenck considers that the least-bad option. The director of the Frankfurt Zoological Society oversees a project aimed at protecting the park and knows the area well. For Schenk, though, the relatively poor country has a legitimate interest in developing the new source of income, since just a small area of the park is to be affected by it.

But he said he worries whether Tanzania will take the appropriate safety precautions. "How will water sources in the area be affected? And how can you recognize early enough if dangerous materials end up in the environment?" he asked in an interview with DW. In order to avoid large-scale environmental damage, Schenck called for an alarm system that meets international standards - as well as pre-emptive studies. 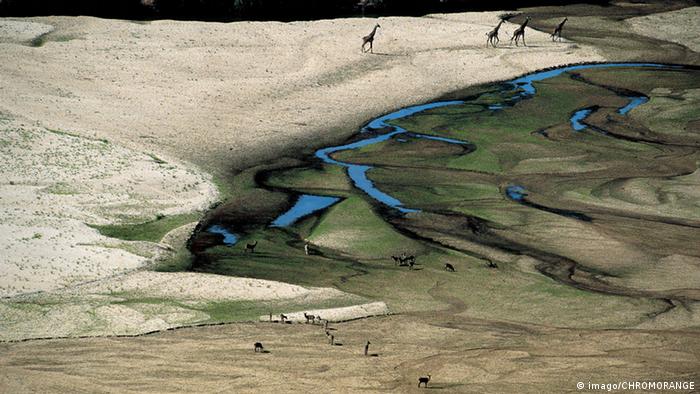 How would those at the Selous Game Park if the waters were radioactive?

In southern Tanzania, the uranium is thick and close to the earth's surface. That brings yet another danger: A gust of wind can blow uranium dust from surface mining operations and into the surrounding landscape.

For CESOPE director Lyamunda and his organization further north in Bahi, the issue is clear: The best thing would be for Tanzania to desist entirely from mining uranium. His group is not alone in that opinion. At a conference in Tanzania that took place in early October, his call was supported by the International Physicians for the Prevention of Nuclear War and the Germany-based Rosa Luxemburg Foundation.

Only by keeping away from the substance altogether, the groups argue, can another risk be avoided: that of uranium falling into the wrong hands and then utilized for the construction of nuclear weapons.

Is Ghana's oil a curse or a blessing?

The west African state of Ghana could use the revenue from its oil exports for the benefit of all. Instead, the politicians ignore their own laws. This is a great risk, experts say. (10.10.2013)

Around the world, coal-producing countries are struggling for a "just transition" away from fossil fuels. But for Donbas in war-torn Ukraine, shuttered mines threaten ecological disaster.