The carnage on Nice's famed seaside boulevard as the summer season got into full swing has sent shockwaves through France's tourism industry, a vital sector for the economy of the world's most-visited country. 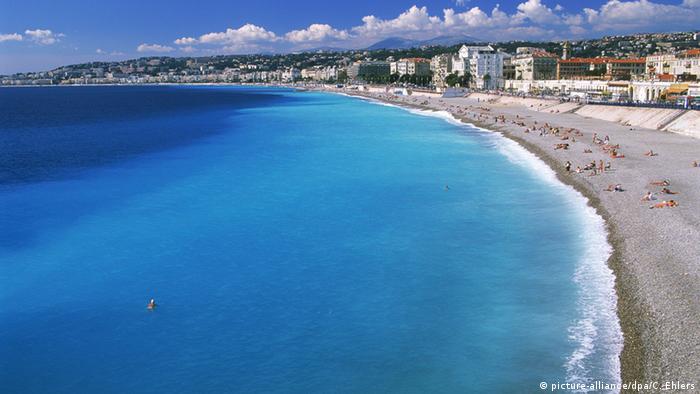 "France has been projecting very violent images to the outside world for 18 months now," told Vanguelis Panayotis, managing director of the MKG tourism consultancy.

"The impact on business is going to be large. It's tough, because France is just coming out of a successful Euro (soccer) tournament, and the feeling of insecurity had receded," he said, predicting a 30 percent decline in visitor numbers to France in the coming month.

The blow will be harshest for Nice, France's second most-visited city after the capital. One of the first resorts to emerge in the 19th century, the city rakes in 1.5 billion euros ($1.65 billion) annually from tourism.

The seafront Promenade des Anglais, where 84 people were killed on July14 as they celebrated Bastille Day, is named after the English aristocrats who helped make Nice a popular holiday spot.

Joanna Marat, owner of the Hotel Cronstadt, on a side-street leading off the Promenade said an Australian couple staying at the hotel had left early after the attack. "They were scared," she said.

Marat was pessimistic about the outlook for the rest of the summer. "There will be far fewer tourists," she said, standing behind the wooden counter in the lobby of her hotel, with stucco ceilings, antique furniture and old carpets. "I was planning to take more people on to help in August but now I said to them that there will be no jobs," she added.

Although Nice and the Riviera are likely to suffer this summer, the impact for the $2 trillion French economy is harder to gauge.

Spain and Britain did not suffer lasting economic damage after attacks in Madrid in 2004 and in London a year later. It could be different for France, however, if the multiple attacks establish a perception that the country is inherently more dangerous.

"The specificity of the Nice attack is that such a tragic event can now happen in any region and is no longer specific to Paris," Philippe Waechter, chief economist at asset manager Natixis, said in a briefing note. "The impact on France's image will probably be key. Non-residents may come to see it as a risky country," he said, although he was not changing his outlook for French growth at this stage.

Flagship airline Air France and Accor, Europe's biggest hotel chain, both reported a significant hit to their earnings from the Paris attacks, and their shares sank the day after the killings in Nice.

The effect on gross domestic product (GDP) of the Paris assaults was marginal, however, with the INSEE national statistics office estimating it at 0.1 percent in the fourth quarter of last year, mainly through lower consumer spending.

It did not prevent France from posting the strongest growth in a year in the following quarter, with the government's 1.5 percent target for the whole year still within reach.

"The consensus is that the impact of the Nice attacks on GDP will be more marginal than that of the November attacks," Christopher Dembik, economist at Saxo Banque told. "It will be smaller than the fallout from Brexit on the French economy," he said, seeing less than a 0.2 percent impact on the quarter. He said he did not expect tourists to shun France for long, in contrast to what has happened in north Africa following the Arab spring.

"France has an advantage compared to other tourist destinations, there is no identical substitute," he said, referring to the country's mix of culture, sandy beaches, ski resorts and nightlife.