For the first time in history two Germans have been selected in first round of the NHL draft. However, this also comes at a time of uncertainty for the country's top league, which helped make them the players they are. 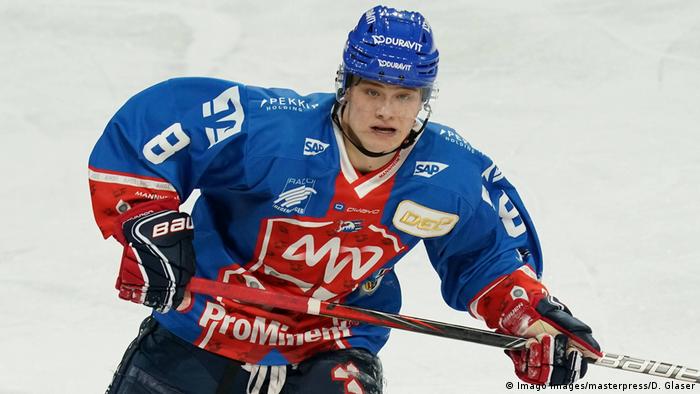 Despite having had very little sleep since their names were called in the National Hockey League's (NHL) first virtual draft, both Tim Stützle and Lukas Reichel looked surprisingly fresh in a virtual press conference with German hockey writers on Wednesday.

Tim Stützle (pictured above), who was made the No. 3 overall pick by the Ottawa Senators became just the second German to go that high, after the NHL's current MVP, Leon Draisaitl was selected in the same slot in 2014.

What truly made Tuesday night historic for German ice hockey though, was that the Chicago Blackhawks took Lukas Reichel with their first-round pick – at No. 17. This was the first time that two Germans have been selected in the first round – something that would have been unimaginable just a few years ago.

Not surprisingly, both were delighted to have taken the next step towards a career in the world's best hockey league. With the draft forced to go virtual, Tim Stützle spent a slightly nervous night waiting with his family and teammates from the Adler Mannheim, the team where he spent this past coronavirus-shortened season in the DEL, Germany's top hockey league.

Hoping to jump straight into the NHL

"It was extremely exciting, even though it couldn't be held in Montreal due to COVID-19," he said. "It was also pretty stressful right after (being picked). I had to do a whole lot of interviews. I hardly had a chance to speak to my family and friends."

The 18-year-old Stützle added that he was pleased to be going to a team that is in full rebuild mode after a few lean years – as this would increase his chances of stepping straight into the NHL when the next season starts, likely late this year or early in 2021.

"Now my immediate aim is to get to Ottawa as soon as possible,"

Reichel, who spent last season with the DEL's Eisbären Berlin was at least as delighted to be selected by Chicago, as the Blackhawks have always been his favorite team – including his favorite player, Patrick Kane. 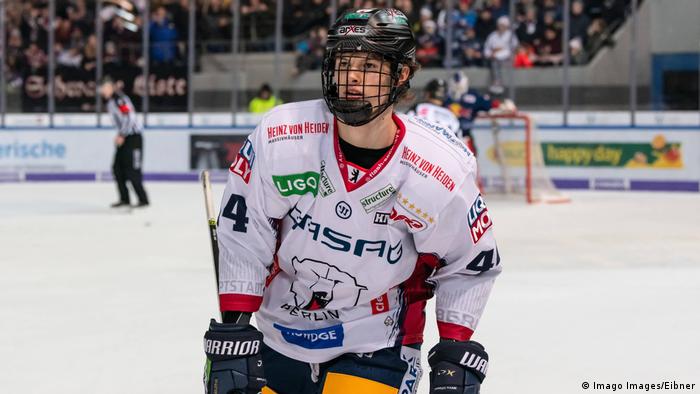 "It was an unbelievable feeling when I heard my name called," said the 18-year-old forward, who watched the first round of the draft with family and teammates in a restaurant in Berlin. "I was really surprised. I had had good discussions with Chicago and they had expressed a lot of interest in me. But I never thought I would be drafted at No. 17 and then also by my favorite team. It's pretty special."

The Ottawa media have been abuzz for months about the prospect of getting the third-round choice, and with the Senators having gone through several rough seasons, the expectations placed on Stützle will be high. However, the forward, who can play both at center and on the wing, doesn't seem phased.

"To play in the Canadian capital at some point had always been a dream of mine. Canada is the birthplace of hockey, so there is always pressure playing there," he said. "I can't wait to play under that pressure there. I'm the kind of player who likes to be out there in the last minute of the game."

While Stützle is hoping to play in the NHL this coming season, Reichel expects it could take a bit longer for him.

"If the team thinks I am ready, then I am ready. But personally, I think I need at least another year of seasoning, perhaps in Berlin, to get more ice time and work on myself and my game," he said.

However, just how and where the two newest German NHL draftees will play their next games is up in the air.

NHL President Gary Bettman conceded on Tuesday that the league, which had previously hoped to start the new season in December, was now aming to drop the puck on the opener on January 1. The second-tier American Hockey League, where either Stützle or Reichel could also be assigned by their NHL teams, has a statement on its website saying its season will start "no earlier than Dec. 4."

Season still on hold in Germany

The other logical choice would be for both to play another season in the DEL, but it's also unclear when Germany's top league will start its season – if at all.

Due to the COVID-19 outbreak, the DEL called off last season's playoffs. Unlike European football leagues, which, due largely to the millions they earn in television rights revenue, were able to continue to play behind closed doors, the DEL simply could not make it work financially. While there is a TV contract and the league and teams have various other sponsors, they are highly dependent on gameday revenue, and simply can't cover the costs without being able to sell a significant amount of tickets.

The league says that since it is only allowed to fill its arenas to 20-percent capacity, due to current restrictions, it needs government aid to make it work, and so far it has no guarantees. Last week the DEL announced it was pushing back the start yet again, with the aim of dropping the puck sometime in the latter half of December.