Next stop Lindau: The Nobel meeting that rehabilitated German science after the Nazis | Science| In-depth reporting on science and technology | DW | 10.12.2015

Next stop Lindau: The Nobel meeting that rehabilitated German science after the Nazis

The 2015 Nobel Prize science winners have joined a select group - they are now "Nobel Laureates." Once a year laureates meet at Lindau, a small town on Lake Constance that helped restore trust in post-war German science. 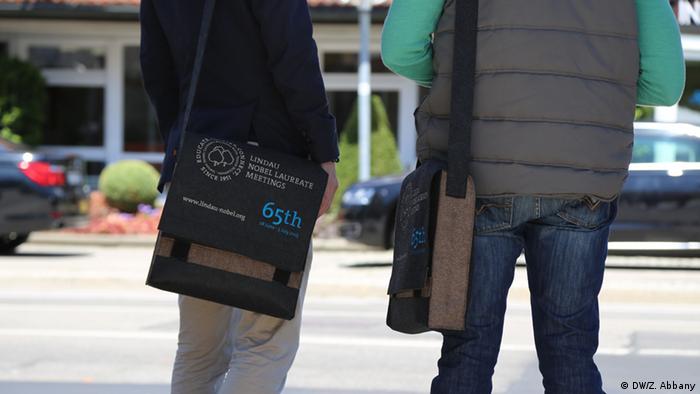 Today Stockholm - tomorrow Lindau. It doesn't quite roll off the tongue, does it? And yet Lindau is exactly where some of this year's Nobel Prize winners will be next June.

In those first "grey" years after the end of World War Two, Germany was the most unlikely location for any meeting of minds.

"Lindau was under French occupation. It was never destroyed by bombs, so the city and nature were intact. But the city was grey, it was just waking up to new life," says Dr Beate Hein-Bennett, daughter of Dr Franz Karl Hein, who together with Professor Gustav Parade dreamt up the Lindau Meetings.

"The atmosphere was one of looking forward," says Hein-Bennett, "towards trying to break out of the experience of not only the war, but also of the Nazi period of intellectual isolation and scientific distortion." 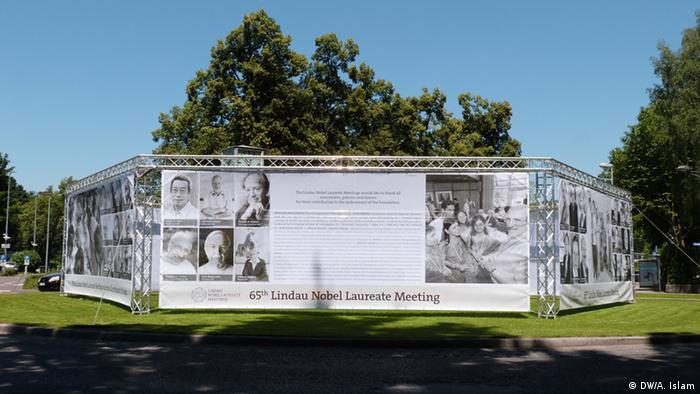 "They were talking about a highly challenging scientific meeting, primarily for the physicians of the area around here, and also for professors in medicine. It was a great idea, but [they had to fight for it]," she says.

Many scientists had emigrated during the Nazi era - often for their personal safety.

Others were lured to the United States from 1945 and onwards as part of Operation Paperclip, which aimed to starve the Soviet Union of German scientific and engineering expertise.

So finding top scientists in the country was definitely a challenge.

"The problem was finding the Nobel Laureates, especially those who had been forced to emigrate, to see if anyone was willing to come back," says Hein-Bennett.

Luckily, local Count Lennart Bernadotte, a grandson of King Gustaf V of Sweden, took up the cause and enlisted the help of the Nobel Committee in Stockholm. 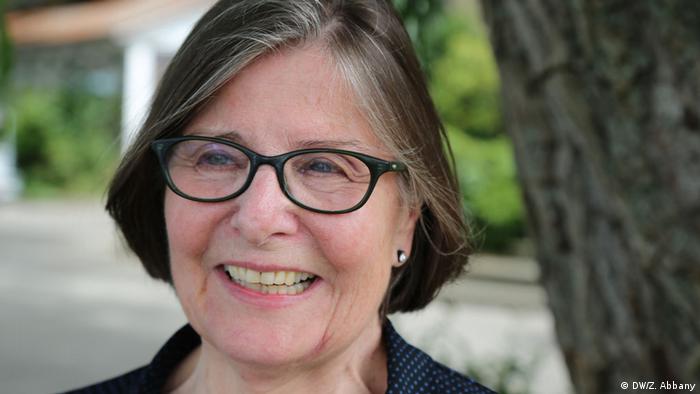 Beate Hein-Bennett: I wish my father could see this now, I think he would be very happy!

"Dam came from Copenhagen," says Hein-Bennett, "and that was an interesting problem. He had to cross over three occupation zones."

Trust in an old devil

Aside from complicated travel arrangements, there were ethical issues to confront as well - such as whether Germany could even be trusted with innovation so soon after the war.

This was after a country whose most recent inventions included the nerve gas sarin, and the V-1 flying bomb. That's not to mention the brutal medical experiments carried out by the Nazis in the concentration camps.

But Germany was also the country that had invented the soft drink Fanta, computer programming languages, such as Plankalkül, and cars. Perhaps it just had to focus on the best of its wares and demonstrate it could be trusted.

The first meeting was a step towards reconnecting with the world. It had an impact and a lasting effect. 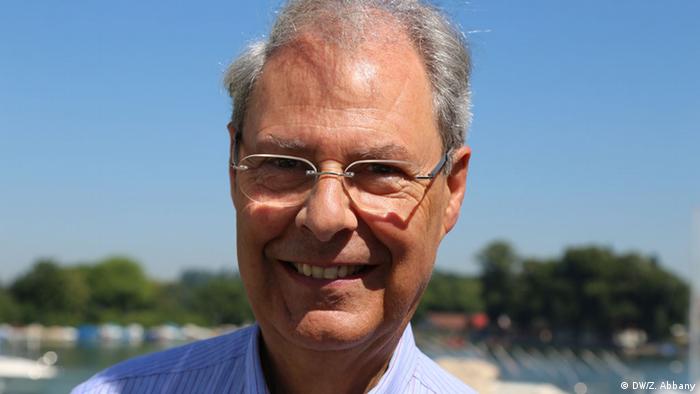 Wolfgang Schürer: we couldn't do this without the science academies around the world who scout for the best talent

Professor Wolfgang Schürer, the outgoing Lindau Foundation Board chairman, says you can't decouple the meetings as they are today from their roots in the 1950s.

"And the roots were the horror that departed from Germany in a global proportion during the Nazi regime," says Schürer. "And one should recognize and appreciate the enormous generosity of the laureate community to be willing to reconnect with the youth of Germany and the youth of the world."

Today, says Schürer, Lindau is becoming a network for the next generation of young researchers in the natural sciences, and slowly in economics too.

"Count Lennart Bernadotte had the vision to say the meeting only makes sense if it is laureates and the next generation," says Schürer, "and we're committed to staying true to his legacy."

In one area, however, the Lindau meetings have broken with tradition.

While there is often still talk at Lindau about "the wives of the Nobel Laureates" - a regrettable, if in some cases, accurate term - the meetings have done better than the Nobel Committee in Stockholm to reflect the number of young female scientists in the world today.

A rough head count at this year's meeting suggested a 50-50 mix of young men and women.

But the number of female Nobel Laureates remains shockingly low.

Hein-Bennett recalls the 1962 Lindau meeting when physicist Lise Meitner attended with Nobel Laureates Otto Hahn and Niels Bohr. Meitner had played an integral role in the discovery of nuclear fission with Hahn and their assistant Fritz Strassmann. But she was never recognized in her own right by the Nobel Committee.

"There was Otto Hahn, Niels Bohr, and Lise Meitner," says Hein-Bennett. "And Lise Meitner, among a few other of the scientists, are women who are very overlooked. She was the physicist who actually explained to Hahn what had happened by accident."

Among this year's eight Nobel winners in the natural sciences only one is a woman. Youyou Tu shares the prize in Physiology or Medicine for her research on malaria. She is 84 years of age, and her research goes back decades. Her prize was a long time coming.

At the Lindau Nobel Laureate Meeting, some of the world's most senior scientists have signed a joint declaration on climate change, backing the science, and calling for action. But what will it help? (03.07.2015)