From its bird-like snout to a tail that resembles an Aztec weapon, a new dinosaur species discovered in Chile is thrilling scientists. "It just looks crazy," said one researcher. 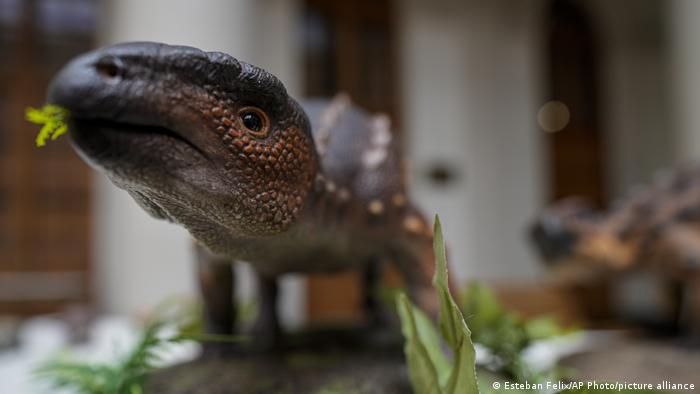 A new species of dinosaur that was discovered in Chile had a tail never seen in prehistoric fossil remains before, scientists announced on Wednesday.

Paleontologists said the exciting fossil find shows how much is left to uncover about the giant (and also not so giant) creatures who roamed the Earth millions of years ago.

What do we know about the new species?

The new species, dubbed "stegouros elengassen," has been puzzling researchers since its remains were found three years ago in Chile's Patagonia.

The dinosaur's fossils indicate it lived around 72 million to 75 million years ago, scientists said in a study published in the journal Nature.Scientists were able to recover around 80% of the animal's remains.

Its tail contained seven pairs of "blades" that were fanned out — bearing a strong resemblance to a weapon used by ancient Aztec warriors. 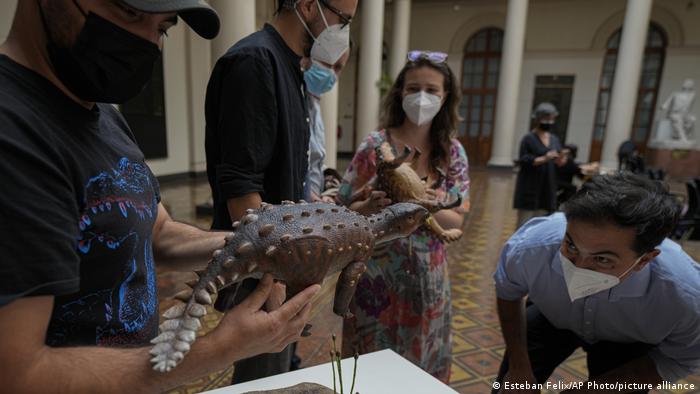 The dinosaur also had a bird-like snout and several hardened, armor-like bones that likely also served as a deterrent. The jutting armor would have made stegouros particularly "chewy" for predators.

Stegouros around two meters (around seven feet) long, but was only as tall as a dog. It is believed to have weighed 150 kilograms (330 pounds) and was a plant-eater.

While its name suggests a link to the stegosaurus — several rounds of DNA analysis revealed that stegouros is only distantly related to the pointy-plated dinosaur.

Instead, stegouros is considered to be "the lost family branch of the ankylosaur" — a type of dinosaur known for its tank-like appearance, thick armor and club tail. 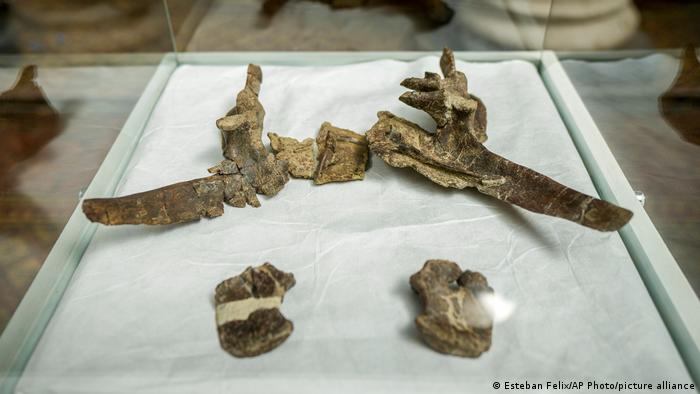 Paleontologists recovered over 80% of the stegouros remains

Why is the discovery significant?

The unique structure of the tail sets the stegouros apart from every other currently-known dinosaur.

"It's a really unusual weapon,'' said Alex Vargas, a paleontologist at the University of Chile and lead author on the study.

"Books on prehistoric animals for kids need to update and put this weird tail in there," Vargas told the Associated Press. "It just looks crazy."

The location where the fossils were found were also surprising to researchers.

The stegouros bones were found in southern Chile in "a region that hasn't yielded these types of animals before,'' Kristi Curry Rogers, a Macalester College biologist who wasn't part of the study, told the Associated Press.

"Stegourus reminds us that if we look in the right places at the right times, there is so much more still to discover,' she added.'