New Zealand's most watched albatross egg, the focus of a 24-hour livestream of the northern royal albatross colony, has cracked, with the chick now back in the nest with its parents. 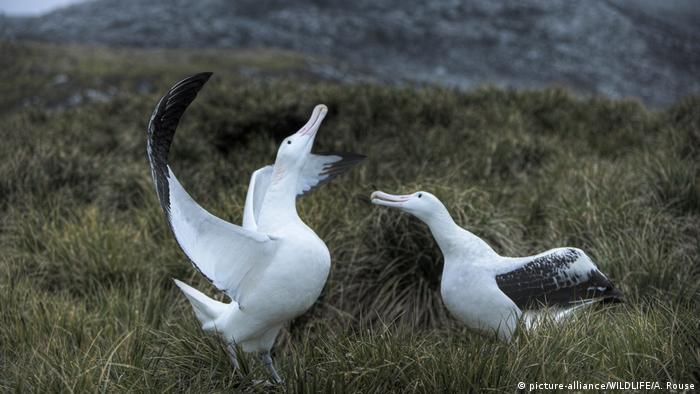 New Zealand's most-watched albatross egg — which was the focus of "Royal Cam," a 24-hour livestream of the northern royal albatross colony in Otago, in the country's South Island — hatched in the incubator on Sunday evening and was returned to the nest under its dad, known as LGK.

The colony is the only mainland place in the world to view the birds, known as toroa in Maori, in their natural habitat.

Each year, the livestream focuses on one breeding pair as they raise a chick to fledge.

Ranger Sharyn Broni said the chick was one of 16 that had hatched so far from a bumper breeding season of 41 eggs. "With the Royal Cam chick back in the nest, it's a great time to tune into the livestream, to watch the toroa grow to adulthood and learn about the work that goes into protecting these special birds."

Broni said it was a risky time for newly hatched chicks as they needed to be monitored for flystrike and to make sure their first feed from their parents went smoothly. "We're keeping an eye on the hot weather forecast for later in the week and will be using the irrigation system as necessary to make sure the toroa stay cool."

This is the third time Royal Cam parents LGK and LGL, named for the colors of the bands on their legs, have attempted to breed since they got together in 2017.

Last breeding season the livestream received more than 2.5 million views globally and was watched for 584,033 hours.

The survival of toroa or northern royal albatross, one of the largest seabirds in the world with wingspans up to 3 meters, is threatened by changes to habitat and climate and some fishing practices. They also reproduce slowly, with breeding pairs typically raising a chick once every two years.

The albatross: A bird built to soar

Albatrosses have the longest wings in the animal kingdom. And they are masters at using them efficiently. In fact, they spend most of their time up in the clouds, and very little with their feet on the ground

Paraguay: President calls on cabinet to resign after protests over COVID response 1h ago