The economy shrank by 2.9%, mainly as a result of the hard lockdown prompted by the pandemic. The economy is expected to bounce back by 2022, with vaccine rollout and the prospect of a travel bubble with Australia. 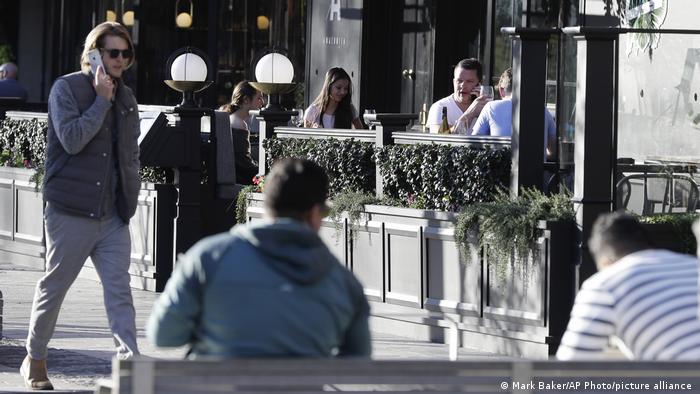 The lockdown had a great impact on the economy.

New Zealand released official data showing its economy shrank by 2.9% in 2020, owing to the coronavirus pandemic.

"The decline in annual gross domestic product is largely due to the effects of the Alert Level Four national lockdown earlier in 2020," said the report. The annual drop was the highest on record.

A hard lockdown in April and March had helped New Zealand contain the virus last year, recording only 26 deaths. The country broadly halted international travel, taking advantage of its unique geography, shutting down in a bid to keep its caseloads at or near zero for the most part.

The economy had recovered with a 13.9 percent growth in the third quarter. The fourth quarter saw a 1% fall.

Kiwibank chief economist Jarrod Kerr said the absence of international tourists meant there was also likely to be mild negative growth in the first quarter of 2021.

However, he said, there was reason to be optimistic.  "Vaccine rollouts and talks of a travel bubble with Australia — and hopefully more countries into next year — should support solid growth into 2022," he said.

Finance Minister Grant Robertson said the economy remained strong, and added, "We will stick to our plan that has successfully helped New Zealand through this pandemic." He pointed out that the country's economy had still outperformed many other nations.

Eurozone countries logged an aggregate dip of 6.3% in GDP in 2020.Germany's GDP shrank by around 5% in 2020, a similar slump to the one logged in the financial crisis, with predictions about a 2021 bounce-back already being watered down as lockdowns persist.

China posted GDP growth of 2.3% in 2020, making it the only major economy with positive growth, albeit still its worst performance in decades. South Korea's economy contracted by a modest 1%, the first dip in 22 years.