China is still the only major economy that avoided a contraction in 2020, despite the challenges of the coronavirus pandemic, which it has largely managed to get under control. 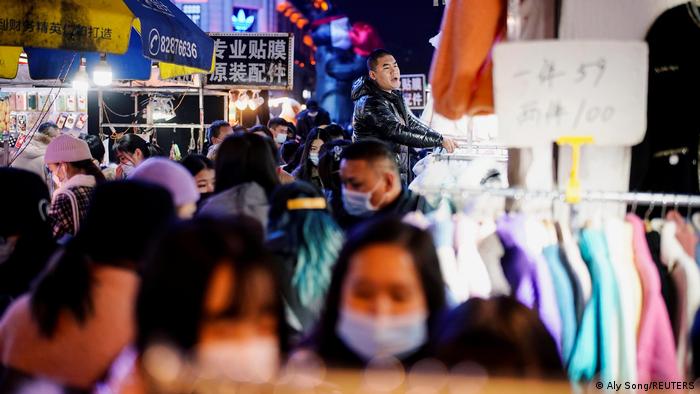 China's economy grew 2.3% in 2020, as the world's second-largest economy showed recovery in the fourth quarter, according to data released by the National Bureau of Statistics on Monday.

It was China's slowest economic expansion in more than four decades since the communist country embarked on major economic reforms in the 1970s.

The National Bureau of Statistics warned of a "grave and complex environment both at home and abroad," with the coronavirus pandemic having a "huge impact."

The coronavirus pandemic has had a negative impact on the world economy, with most developed economies recording negative growth in 2020.

Germany's economy, for instance, shrank by 5% in 2020, with the eurozone average worse still at negative 7.3%.

China has thus avoided a contraction last year, while many nations continue to struggle to contain the COVID-19 pandemic.

A resilient export sector is one of the key factors behind the country's strong comeback last year from the coronavirus-triggered paralysis.

The International Monetary Fund expects China's economic growth to rise further this year to above 8%.

'Victory' over the virus

China's economic activity contracted by 6.8% in the 2020 first quarter as it was forced to shut down factories and shops to contain the virus, which is thought to haveoriginated in the city of Wuhan in December 2019.

The following quarter, after the country's authorities declared a victory over the virus in March and reopened the economy, China became the first major world economy to grow again with a 3.2% expansion.

Growth was aided by global demand for Chinese-made masks and other medical supplies. The country's exports rose 3.6% last year despite a tariff war with the US.

Will China overtake the US as the largest world economy?

China vs. USA: Who will be the largest world economy?