German tech entrepreneur Kim Dotcom has lost his battle to be extradited from New Zealand to the US. The decision comes almost four years after NZ police famously raided his mansion and shut down his popular website. 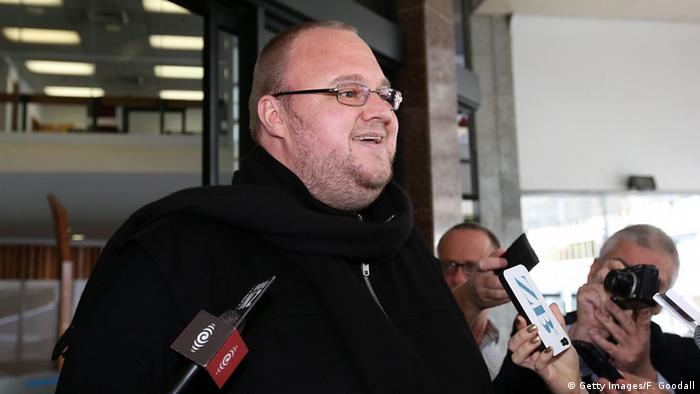 A New Zealand judge found "overwhelming" evidence to extradite tech entrepreneur Kim Dotcom to the United States. Dotcom, who was born in Germany as Kim Schmitz, is expected to face charges of conspiracy to commit copyright infringement, racketeering and money laundering, and has said he is "disappointed" in the ruling.

Judge Nevin Davidson, who made the ruling on the extradition case after 9 weeks, has given Dotcom and three other defendants - Mathias Ortmann, Bram va der Kolk and Finn Batato - 15 days to appeal the ruling. Dotcom's lawyers said they would do exactly that.

The New Zealand prosecution, which has been battling the case for the US Department of Justice for almost 4 years, said Dotcom and his ex-coworkers encouraged users on megaupload.com to share pirated films and music to generate a profit.

US authorities say the profits generated from those shares exceeded more than $175 million (169 milllion euros) and cost film studios and record companies more than $500 million.

Dotcom's lawyers argued that evidence was thin and that the once popular website megaupload.com, which was the 13th most popular site on the Internet before its takedown almost 4 years ago, was protected by copyright law.

However, Judge Davidson said that the prosecution had established a case against all four defendants.

"The overwhelming preponderance of evidence...establishes a prima facie case to answer for all respondents on each of the counts," he wrote in his ruling.

New Zealand's Justice Minister Amy Adams will make a final decision on the case, and will decide whether he will be handed over to the US.

Dotcom could face up to 20 years in prison if extradited to the US and found guilty.

Google's Larry Page has been granted New Zealand residency, boosting the country’s image as a refuge for tech billionaires. Is it all because the Pacific island nation is the best place to shelter from societal collapse?