UNICEF presented a shocking new report on Thursday, detailing the situation of some 12,000 Romany people, including many children, living in Germany under threat of deportation to Kosovo. 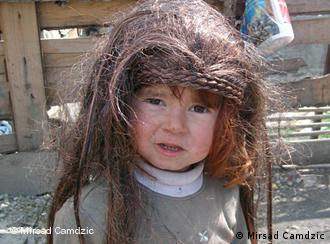 The police often come unannounced at 4 a.m., to reduce the chance that their targets will find a place to hide.

After being rushed into a van, the terrified Romany families are taken to the airport - often with a detour to the local police station, where they are asked to sign a statement saying that their deportation is voluntary. In exchange, they are often promised better housing when they arrive in Kosovo. These promises are rarely held.

Because of this harried departure, vital documents like birth certificates are often left behind. Families living in Germany since the early 1990s suddenly find themselves back in Kosovo - virtually destitute in the poorest country in Europe.

The children, arriving in a country where they have never been, and whose languages - Serbian and Albanian - they do not speak, suffer particularly.

"Of the 66 children that we personally interviewed that were of school age, only 17 still attended school once they were back in Kosovo," said Verena Knaus, who co-authored a new report by UNICEF, the United Nations children's organization, on the situation.

"This means that three out of four drop out of school. The main reason for that is the poverty of the family - that they just simply cannot afford the materials, the clothes, the transport costs," she told Deutsche Welle. 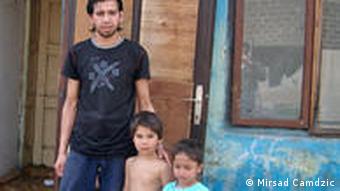 Alberto, one of the boys interviewed in the short film that UNICEF produced to go with the report, talks about how the other children at his new school call him the Germano - a pejorative reference to the country of his birth.

But lacking birth certificates, it is difficult to prove what country the children belong to. The children then often become stateless, and families cannot claim social welfare for them. The result is that those deported from Germany are often significantly poorer than average Kosovars. The average income for Romany families in Kosovo is 120 euros ($152) a month, but for families arriving from Germany it's just 88 euros a month.

The Kosovar government, he said, is simply not equipped to deal with these people. "The capacities are simply not there," he said. "All the studies are clear on that. We see also a study from the Ministry of Interior in Kosovo that policies are not being implemented, funding is not allocated, so what exists on paper doesn't exist in reality." 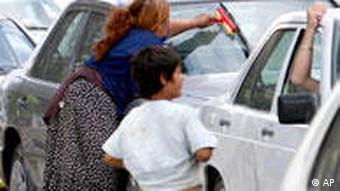 But the root of the problem is back in Germany. Romany families were given asylum in Germany in the aftermath of the war in Kosovo in the late 1990s, but only with so-called "toleration" status. This means that once the German authorities decide that Kosovo is safe - that Romany people are not in danger of persecution and torture - they must return.

This leads to a state of immigrant limbo, where families are only guaranteed three-month stays at a time. According to the UNICEF report, this constant threat of deportation was a major reason for the social exclusion that those people felt in Germany.

"You have to value what Germany and German society has done; they have accepted very significant numbers," Wedenig said. "The downside is obviously now that the German government has decided that it's possible to return the Roma. That's the reason why we focus on Germany. It's not a problem only for Germany, but there are some particularities that make it especially difficult."

Another problem is the rules governing nationality in Germany. While anyone born in Great Britain and the US, for instance, is automatically granted citizenship, in Germany the nationality of the parents has a major influence - clearly a root cause of Germany's troubled immigration policy.

The international community has plenty of laws intended to protect human rights across the globe. But not everyone is practicing what they preach, according to Amnesty International's 2010 report on human rights. (26.05.2010)

Growing poverty, violence and prejudice against Hungary's Roma have exposed the fissures in Hungarian society and have left the Roma facing a bleak and uncertain future. (18.05.2010)