New study concludes the world is actually getting safer | World | Breaking news and perspectives from around the globe | DW | 19.12.2010

New study concludes the world is actually getting safer

The news may be full of violence and strife, but a just-published statistical analysis, the Human Security Report, says conflicts are becoming less deadly. DW looks at the reasons why. 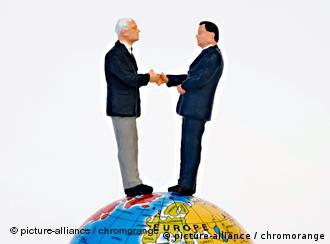 The study says that today more wars end than start

Good news is no news. That would be a way of putting one of the conclusions of the Human Security Report published in early December.

The report, the product of a research group at Simon Fraser University in Vancouver, Canada, compiles statistics of conflicts (more than 25 deaths annually) and wars (more than 1,000) around the world. It also analyzes why violent conflicts start and how they end.

The upshot is that, over the course of the past five decades, conflicts have become less frequent, less lethal and more likely to be resolved. In the 1950s, for example, the average international conflict killed 21,000 people annually. In the new millennium, that figure is less than 3,000.

The idea that world is getting more peaceful seems counter-intuitive, but that may reflect an inherent bias of what makes the news.

"Media reporting tends to be driven by what might be called the 'If it bleeds, it leads' imperative," Human Security Report Project Director Andrew Mack told Deutsche Welle. "This means in practice that wars that start almost always get reported, while those that quietly peter out tend to be ignored."

Astonishingly, the report finds that mortality rates sometimes even decline in times of warfare, due to the continuation of pre-conflict improvements in health infrastructure.

But counting the dead is one thing. And analyzing the reasons why people try to kill each other, and the best means for persuading them not to, is another. 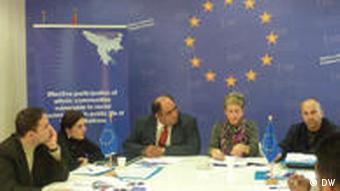 Negative factors, the end of colonialism and the Cold War, have influenced the declining death tolls, belying the idea that the deterrent force of military power is the best guarantor of peace.

But the report also identifies positive factors such as the spread of democracy, increases in average national prosperity, globalization and intensified international peace initiatives as major motors for ending and preventing armed conflict.

"As the level of what might be called 'international activism' has gone up the number of wars have come down," Mack said. "Indeed in 2008 there were 78 percent fewer high-intensity wars - those that kill 1,000 or more people per year - than in 1988."

Moreover, there are less tangible elements such as people's attitudes toward violence itself. The change is particularly marked in Europe.

"Most OECD countries feel secure from attack, not because of the mutually deterring effect of their military forces, but because they do not believe that other states wish to attack them," the report concludes. "Among the countries of Western Europe, the idea that disputes might be settled by war has become simply unthinkable."

"Disputes," in this context, refers to conflicts between nations that share a common set of values. But what about conflicts between the world's leading countries and subcultures bent on destroying the status quo? 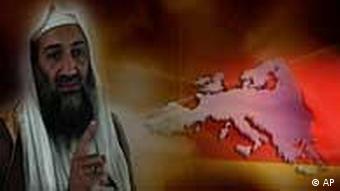 Bin Laden still makes the news, but support for him is declining

According the report, Islamist radicalism represents the greatest threat in the world today, fueling four of the five deadliest conflicts on the planet - in Iraq, Afghanistan, Pakistan and Somalia.

But on this front, too, the news is partially good. Although the US-led "War on Terror" is sometimes perceived as a war on Muslims in general, support for al-Qaeda and similar organizations is declining.

That's because of the brutal nature of Islamist radicals, most of whose violence is perpetrated against fellow Muslims, and a general sense that all Osama bin Laden has to offer is a dead-end street.

"The decline in public support means that the radicals have little change of winning popular revolutions," Mack said. "On the other hand no radical Islamist group has sufficiently powerful conventional military forces to defeat the armed forces of the states that they oppose."

Jihad remains a threat, but if the report is correct, it stands little chance of going global. 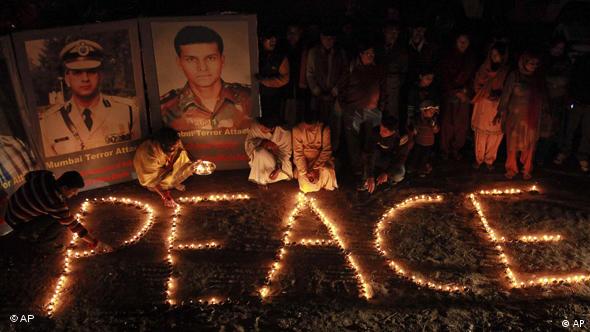 The report predicts the world will continue to grow more peaceful

As is always the case with statistics, there is argument about how these sorts of numbers should be tallied and what they truly mean.

The United Nations' Human Development Report puts the number of deaths in some conflicts far higher than the Human Security Report. And there has been some criticism that the concept of "human security" is itself biased to promote a neoliberal agenda of capitalism and globalization.

The Human Security Report's director says the aim is not to promote a given ideology but to provide proof of what does and doesn't work.

"Governments are increasingly demanding that their foreign and security policies be 'evidence-based,'" Mack told Deutsche Welle. "Providing hard data each year on the number and deadliness of armed conflicts at the global regional and national levels helps governments - and international agencies like the UN - determine whether their policies are having an impact or not."

Even if the picture of world presented by the Human Security Report turns out to be too rosy, it does support the efforts of organizations like the UN, which critics often accuse of being completely ineffectual.

And in any case it's an intriguing thought that perhaps, despite the carnage regularly dominating the news, humanity might be on the right track after all.

Andrew Mack is the director of a group whose new publication, the Human Security Report, finds the world getting increasingly safe. Deutsche Welle talked with him about the reasons for this surprising conclusion. (17.12.2010)

The Nobel Peace Prize has been awarded this year to Chinese dissident Liu Xiaobo. But guests gathered around an empty chair to congratulate the laureate, who was not represented at the ceremony. (10.12.2010)

Direct peace talks between Israelis and Palestinians have been on hold since September. While the US still hopes to bring both sides back to the table, analysts fear that another peace effort has failed. (22.11.2010)