The Democratic Republic of Congo is making small but meaningful steps toward better access for people living with disabilities. 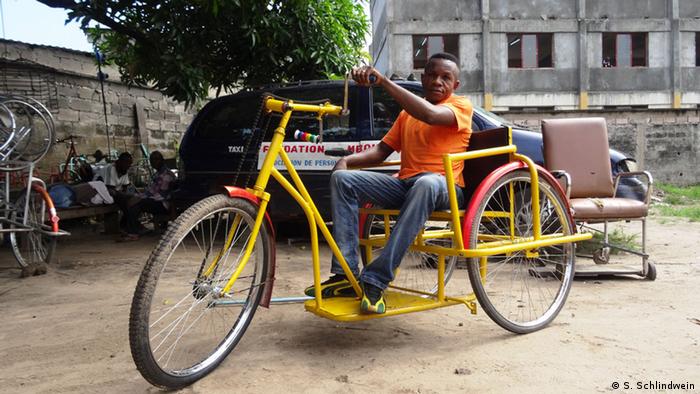 Robert Mboyo is limping through the campus of a hospital in Kinshasa, the capital of the Democratic Republic of Congo. On the far side of a parking lot lies a small workshop. Mechanics are busy screwing parts onto a bright yellow, three-wheeled wheelchair, one that allows hands to pedal the chair forwards and backwards. Mboyo is examining the final product.

The 36-year-old Congolese is usually dependent on a crutch to get around. Like many of his fellow countrymen and women, he contracted polio at a young age and lost the use of his left leg from the hip down.

As a result of continuous civil wars and other armed insurgencies in the 1980s and 1990s, the health system in the DRC collapsed. A whole generation of young Congolese never received necessary vaccines. Now these children are grown up and the number of people who still suffer as the result of childhood polio infections is enormous.

"My father did not have any money for me so I never went to school. I have never 'learned' anything," said Mbuka. The one thing that he was able to focus on and learn from was his bicycle. "I always enjoyed repairing my bike and that is why I ended up building wheelchairs."

Robert Mboyo is the founder of the Mboyo Foundation that offers free wheelchairs and other walkers for those in need. Most disabled people cannot afford such equipment. A single crutch can cost around 15 euros ($17) and a wheelchair up to 300 euros ($340).

"Many people living with a disability cannot find a job and many are not educated," said Mboyo. 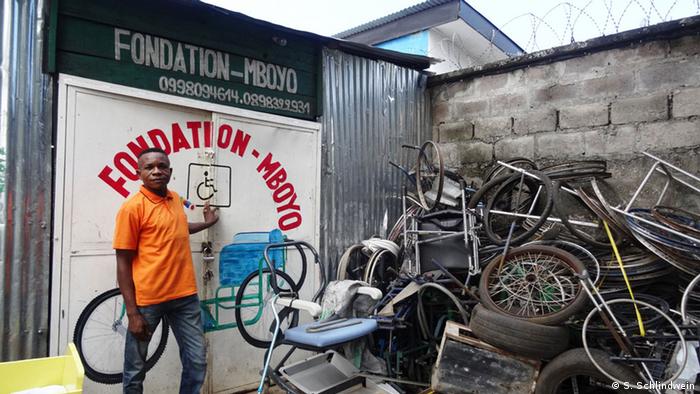 Most of the parts for retrofitting the wheelchairs are donated

This was the motivation that drove him to form this foundation in 1997. At the time he employed up to 38 mechanics but today he can only afford around 19 because donations have fallen.

He explained that most of his employees are living with a disability. "It is important to support them but we do not get any assistance from the government," he said.

Most of the organization's support comes from donation from Europe, especially the Netherlands, France and Germany. Private people or other organizations either send money or spare parts like wheels, tires, screws and chains for the wheelchairs and walkers.

There are no reliable estimates as to how many disabled people live in the DRC. Non-governmental organizations like Handicap International estimate the number to be around 15 percent of the population. Last year the DRC government ratified the UN Convention on the Rights of Persons with Disabilities. This was a brave move said Hubert Chauvet, the DRC director of Christian Blind Mission, which supports people with handicaps worldwide.

The challenge is to implement the measures that are laid out in the convention. Unlike in Europe, there are few wheelchair-accessible buildings or toilets. This makes the daily life of the people we represent quite difficult said Chauvet. 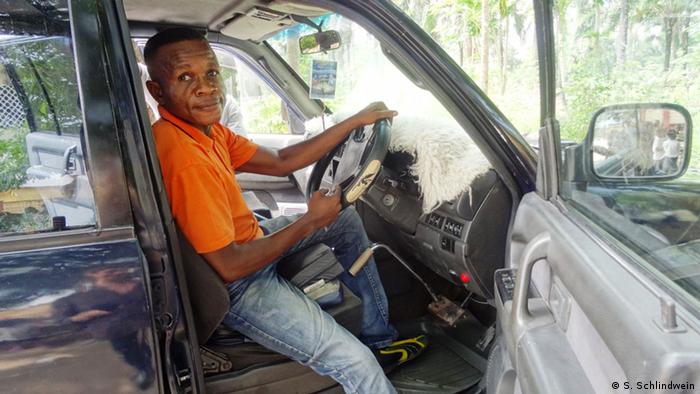 But the first step is done. A wheelchair-accessible flyover has been built over the highway to the airport and six more are being planned. However, Chauvet stresses that such steps are just happening in Kinshasa and that such measures are not planned for cities and towns outside of the capital.

"15 percent of the population who live with a disability have a hard life. There is still a lot that the health sector could do for them," said Chauvet.

Some headway is being made as starting in April 2015, every child born in the DRC has been vaccinated against polio and no outbreak of polio has been reported in the country since 2011.

Imagine you can help relieve disasters as they happen - by using your smartphone. NGOs have used crowdsourced information to locate vulnerable people for years. But can a mapping app really save lives in times of crisis? (12.08.2016)