Two-thousand years of biblical history lay buried 14 meters beneath the Lutheran Church of the Redeemer in Jerusalem. German archeologist Dieter Vieweger led the excavation of the site. 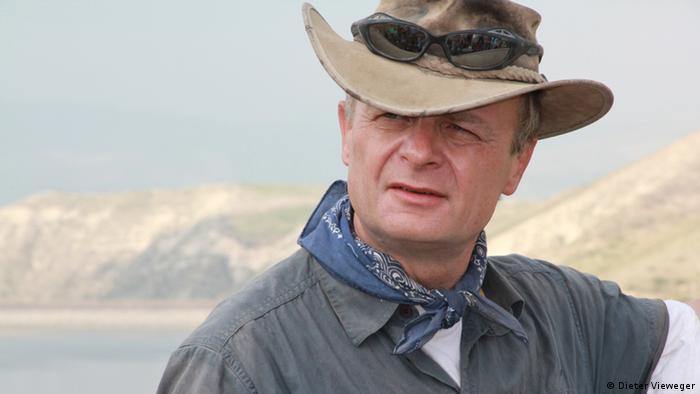 A Herodian quarry, the remains of Golgotha, buildings from the period of the Roman Emperor Hadrian, mosaics from the Church of Saint Maria Latina: At the end of 2012, the Archeological Park was opened under the Lutheran Church of the Redeemer in Jerusalem, giving visitors the chance to take a tour of these locations and understand the city's colorful past. German archeologist Dieter Vieweger spent three years building the park together with a team of students and experts.

DW: Mr Vieweger, as a professor of biblical archeology at the Ecclesiastical University Wuppertal you were unable to spend Christmas vacation in Jerusalem. Did you miss it?

Dieter Vieweger: Yes, because it's very nice to celebrate Christmas Mass in Jerusalem and then walk into the night and arrive in Bethlehem, Jesus' birthplace, in the early morning and then to take part in a prayer service. I always imagine that that was the hour of Jesus' birth. I've done that a number of times over the past few years and it was always a very meaningful Christmas celebration for me. 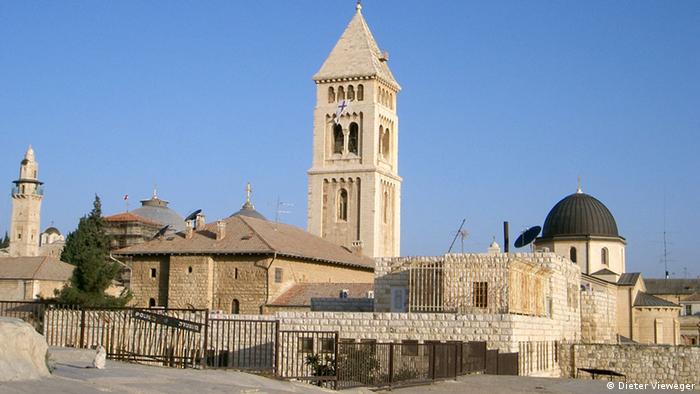 The archaeological park makes 2,000 years of history in Jerusalem visible - from Herod to the Crusaders to today. As a biblical archeologist, which chapter in history do you find most interesting?

For me, of course, the oldest layers are the most interesting - those buried 14 meters (46 feet) under the Church of the Redeemer. That's where we found a stone quarry built by Herod the Great. You can actually walk around it and see how thick the stones were carved out, sawn and broken. The quarry was used to expand the city to the east of the site at Herod's instruction. But not all of the stone was taken from the ground where the Church of the Redeemer now stands. This area was later called Golgotha, the location where Jesus was crucified. In this section of the archeological park, visitors come very close to Christian and Jewish history.

Herod also played a central role as a child murderer in biblical history. Shortly before the birth of Jesus, he is said to have ordered the murder of all male babies. Does the biblical figure correlate with the historical facts?

Herod was actually a security fanatic and persecuted people relentlessly. He murdered his wife and his son. Anyone who became too dangerous to him personally or could pose a threat to his status as "Herod the Great," was eliminated. Whether or not the murder of babies, as it is described in the Bible, is historically accurate, we don't know, but it fits his personality. 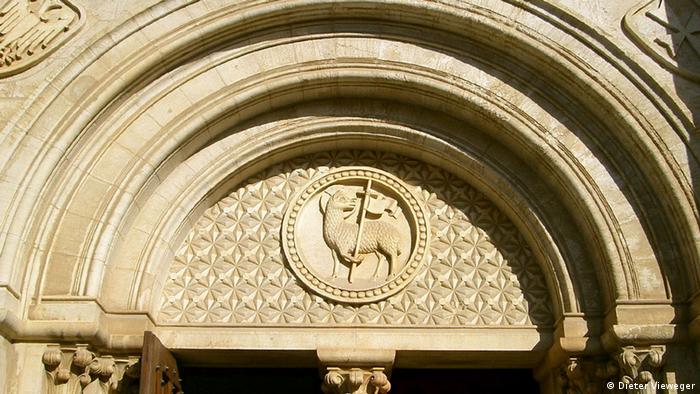 The portal to the Lutheran Chruch of the Redeemer in Jerusalem

The era of Herod is just a part of the Archeological Park. What fascinates visitors most about the project?

When they come to the Church of the Redeemer and go 14 meters underground, then they see that the over-ground city of Jerusalem with its city walls from the 16th century isn't really that old. Also, that the most substantial part of the history of the 4,000-year-old city is buried under layers beneath the earth. To be able to walk through history is really fun for visitors because it's something entirely new. There's never been anything like this in Jerusalem before.

Was it difficult to realize the project in light of the rapid pace of political developments and the conflict between the Israelis and the Palestinians? 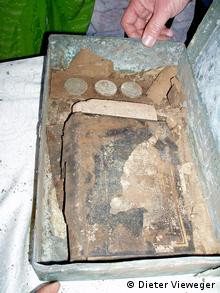 Dieter Vieweger is enthusiastic about every new find

Alongside the archeological concern of how the excavations under the Church of the Redeemer should be carried out without damaging the structure and the question of how to finance the archeological park, was the primary problem that all archeologists in Jerusalem have. We are not allowed to carry out research excavations because a part of the city is occupied territory.

We can continue with existing excavations, so that they are accessible or carry out rescue excavations when houses collapse. Then we can investigate. And that's exactly what we did with this project. Unfortunately, however, there were a few questions we weren't able to pursue. We would like to have known how the second north city wall, built by Herod just a few meters from the Church of the Redeemer, actually looked. We could have dug up some very interesting things that, unfortunately, we had to leave buried in the soil.

To what extent is your work affected by the conflict?

Actually, the security situation is a lot better than is often communicated in the German media. But naturally I witness the tension in both Palestinian and Israeli society. There are always demonstrations in Jerusalem. There are clashes.

But as a foreigner I have to stand back. Of course I can try to mediate between the two sides, but the conflicts have to be resolved by local people. The place where I live, wonderfully situated on the Mount of Olives, provides a welcome retreat for me. The students who assist the excavations, and also live with me for a short time, are often astounded by how calm it is at our institute on the Mount of Olives. 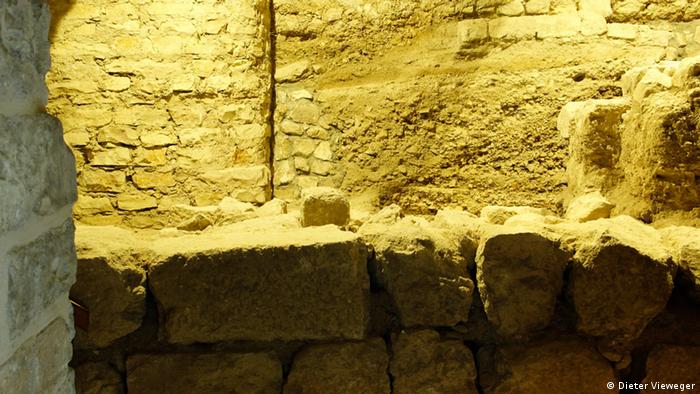 Old stone walls found during excavations beneath the church

A few years ago you published a book titled "Streit ums heilige Land" ("Battle for the Holy Land"), something you continually witness first-hand. What in your opinion has to happen in order for peace to be restored in the region?

I think that Israelis, like Palestinians, need to pull back their demands to about 20 percent. If both sides don't stop demanding everything then at some point they'll be a big crack and it'll be World War Three. For me, the two-state solution is a chance for peace. It would mean that both parties would really have to take care of their own problems, and that each party has to come to grips with what it demands and what it may demand under UN law. Two separate, sovereign states could bring peace to the region.