The Dutch government plans to halt extraction at the Groningen gas field by 2030 to limit the danger posed by earthquakes. But shuttering a field that supplies gas to 90 percent of the Dutch homes will not be easy. 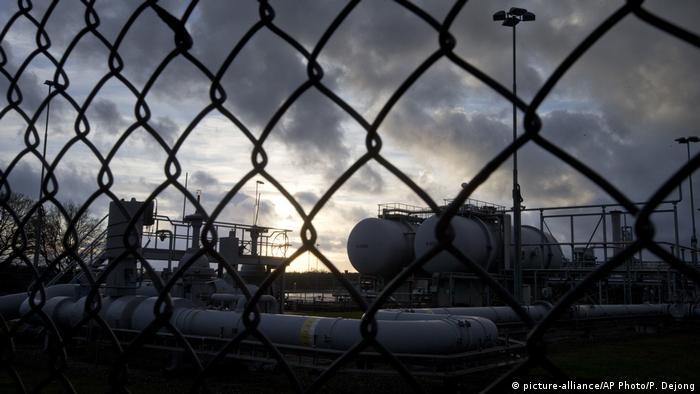 The Dutch government on Thursday decided to end natural gas extraction at the Groningen gas field, which is one of the world's largest natural gas reserves.

Extraction at the lucrative field supplies gas to millions of homes and businesses in the Netherlands, France, Belgium and Germany but has also led to small earthquakes in the region that have damaged thousands of homes.

The low-magnitude quakes are said to be caused by huge air pockets left underground when the gas is removed.

The Dutch Cabinet said the output from the Groningen field will be roughly halved in the next four to five years and eventually it will be brought down to zero by 2030.

"Our end station is zero," said Prime Minister Mark Rutte. "We choose security first and foremost," he said after a Cabinet meeting.

The decision to shut down production comes after earlier efforts such as capping extraction from the field failed to rein in tremors, which have been blamed for causing stress-related health problems among Groningen's residents.

"Until now we've been fighting the symptoms and not the cause," Economy Minister Eric Wiebes said, calling the announcement a "turning point."

Read more: Are electric vessels the wave of the future in shipping?

Shutting down the Groningen gas field is expected to be complicated for the Netherlands.

Gas from the field is used by almost 90 percent of the Dutch households. It's also a major contributor to government coffers thanks to buyers in neighboring countries.

Wiebes said he has had "serious discussions" with colleagues in Belgium, France and Germany to find solutions to deal with the shortage of gas as a result of the phaseout.

The Dutch government plans to build a new €500 million ($616.6 million) nitrogen plant to convert imported gas into fuel. The plant is expected to cut demand from Groningen by 7 billion cubic meters a year.

Shell scraps oil exploration in Arctic off Alaska over costs

The oil giant is to halt drilling at the Burger J well in the US Arctic, saying it can't justify the expense due to low oil prices. Shell only won the controversial permission to explore the icy waters last month. (28.09.2015)

The French government says it is going to stop granting new licenses for oil and gas exploration in France and its overseas territories, in a bid to fulfill one of President Emmanuel Macron's campaign pledges. (23.06.2017)

The Netherlands: Shaken Up