Netherlands: Explosions in Amsterdam and Kerkrade

The first incident occurred at an ABN Amro mail-sorting office in the Dutch capital and police presumed it was a letter bomb. A second explosion occurred in Kerkrade, which lies on the German border with the Netherlands. 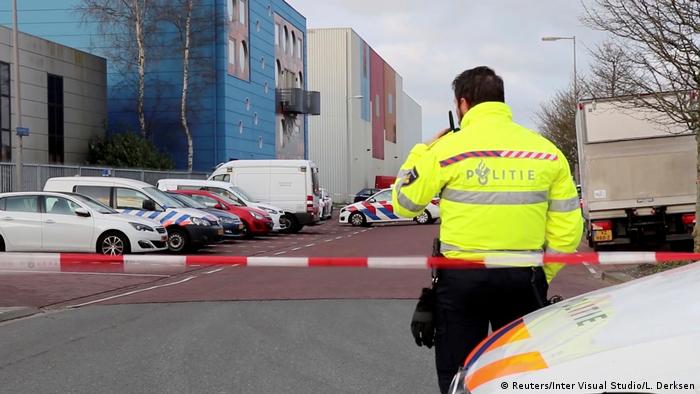 An explosion at an office building in the Dutch capital of Amsterdam on Wednesday morning resulted in no injuries, according to police.

The incident occurred at at an ABN Amro bank mail-sorting office and police said they believed it was from a device that had been posted.

The Amsterdam police tweeted: "On Wednesday morning, an explosion took place in a mail room of a business building just before 8 a.m., presumably caused by a bomb letter. No injured."

A police spokesman said an office worker "heard a hissing sound" coming from a package and threw it away, "after which a slight bang occurred."

A second explosion occurred in the southern Dutch town of Kerkrade, again with no injuries. The blast occurred in a mail room of Japanese electronics group Ricoh.

Copier firm Ricoh released a statement saying that "fortunately there were no injuries, but the people involved were of course very shocked."

According to reports from the Dutch news agency ANP, the sender had demanded money in the form of the cryptocurrency bitcoins, threatening to send more explosive packages if no payment was received.

A third suspected letter bomb found at an ABN AMRO branch in Maastricht later turned out to be a computer mouse, police said.

Authorities have been investigating a spate of letter bombs in the Netherlands over the last month. Authorities believe those packets to have all been sent by the same person. Previous targets have included a hotel, a gas station and a real estate agency.