Four Dutch parties have agreed to the terms of a governing coalition, ending the longest political deadlock in the history of the Netherlands. Prime Minister Rutte has been leading a caretaker government since March. 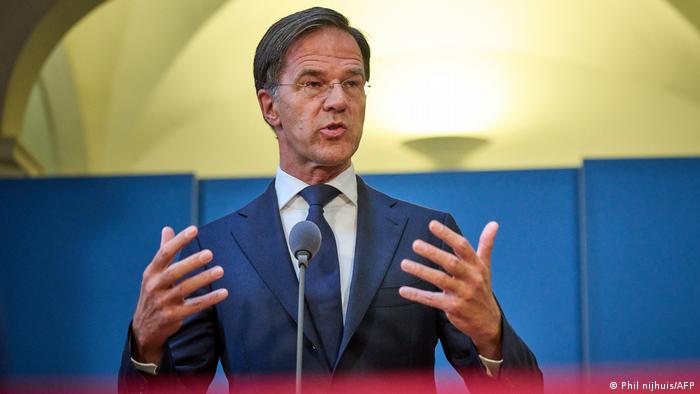 The Netherlands went to the polls in March 2021. The nine months without a government is the longest time in the country's history it has gone without one.

The record was last set in 2017, when it took a little over seven months to form Rutte's last Cabinet.

The four parties are now due to present the deal to their lawmakers on Tuesday before it goes to parliament for a debate on Wednesday.

"It's a good agreement," Rutte said as he left the talks.

Sigrid Kaag, the leader of coalition partner D66 that came second in the elections, said it was a "nice and balanced accord."

What held up negotiations?

Negotiations between the many parties in Dutch parliament have dragged on, partly because it was not even agreed until October which parties would form the coalition.

Now, the VVD, the progressive D66, the center-right CDA and the conservative Christen Unie have agreed to a deal that is likely to include extending free child care, more funding to tackle climate change, and addressing a housing shortage.

Rutte and his third cabinet have stayed on in a caretaker capacity after they resigned en masse in mid-January before the election.

The government wanted to take political responsibility for a scandal in which thousands of parents were wrongly accused, in some cases after racial profiling, of fraudulently claiming child allowance.

But the "Teflon prime minister," as he's been called, is known for his ability to survive scandal. And the four parties working on the coalition are the same four that made up Rutte's last Dutch coalition.

After his fourth cabinet comes into office, Rutte will become Europe's longest-serving head of government after Hungary's Viktor Orban.

The Netherlands is under lockdown, but the voters were still allowed to hit the polls and start a special three-day election.