The Netherlands is under lockdown, but the voters were still allowed to hit the polls and start a special three-day election. 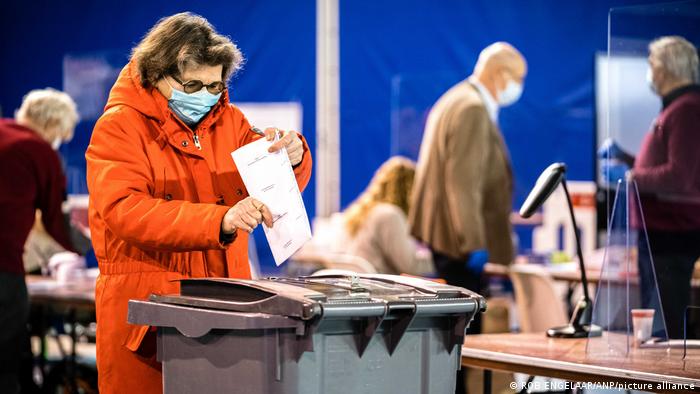 With social distancing measures in place, Dutch voters took to the polls on Monday for a special three-day general election. The authorities hope that the prolonged voting period would mitigate health risks amid the pandemic, with people casting their ballots in venues such as churches and conference centers. Business remained closed across the country due to the ongoing lockdown.

The first two days of voting are intended for at-risk groups from the virus, with voters over 70 allowed to cast their ballot by mail. On Wednesday, the official day of the election, more polling stations will be set up across the country for voters to cast their ballot. 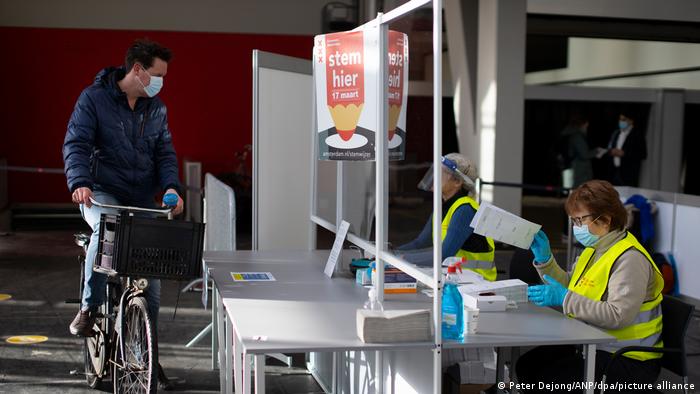 In Amsterdam, a drive-thru polling station set up in a conference center allows drivers to submit their ballots without leaving their seats. There are also bike-friendly options for cyclists to cast their votes.

Rutte likely to seize fourth term due to pandemic response

Despite the massive child benefits scandal that brought down the government of Mark Rutte two months ago, Rutte is expected to clinch another term. Many voters are impressed by his handling of the coronavirus pandemic.

Rutte's party, the conservative People's Party of Freedom and Democracy, or VVD, is forecast to win the most seats in the 150-member lower house of parliament. This would give Rutte momentum to form a governing coalition and secure his fourth term, making him possibly the longest-serving Dutch leader.

Populist leader Geert Wilders and his anti-Islam Freedom Party, PvdV, are expected to lead the opposition. Wilders has been a staunch critic of the government's coronavirus restrictions, saying "we are losing our freedom en masse" due to a nightly curfew intended to curb infections.

Since January, residents are obliged to stay inside between the local hours of 9 pm and 4:30 am.

"We are being imprisoned at home on the orders of Mark Rutte," Wilders said after the curfew was imposed.

Over 16,000 people have died in the Netherlands from the coronavirus, out of a total Dutch population of over 17 million.

Wilders is unlikely to be invited to form a government with Rutte, due to his hard right-wing stances against immigration.

"A vote for the VVD these days means that even more Dutch people, Mr. Rutte, will feel like a stranger on their own street," Wilders told Rutte during a recent televised debate, accusing the prime minister of being soft on immigration.

However, Rutte shot back at Wilders by saying the populist leader was misleading his own supporters with unrealistic ideas.

"You are structurally letting them down because you propose sham solutions," Rutte said.

More parties than ever

Two new parties, the pro-European Volt and right-wing populist JA 21, are also on the ballot.