Netherlands sees another night of violence

The Netherlands experienced another night of unrest heading into Tuesday after protesters opposing a coronavirus curfew confronted police and threw fireworks.

Riot police clashed with groups of protesters in Amsterdam as well as the port city of Rotterdam, Amersfoort in the east, and the small southern city of Geleen near Maastricht, police and Dutch news reports said.

Nationwide, police made just over 150 arrests.

In Rotterdam, police used a water cannon after clashing with rioters, the national broadcaster NOS reported. The city's mayor Ahmed Aboutaleb has issued an emergency decree which gives police broader powers of arrest. "The riot police have carried out charges and arrests have been made," Rotterdam's city council said in a tweet. "There is an urgent request to all to leave the area," the council added. 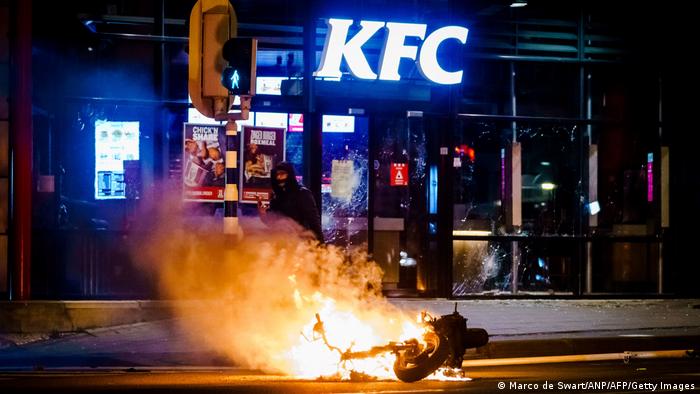 The motivation behind Monday's incidents was not immediately clear, but rioters were overwhelmingly in their teens and twenties.

It was the second night of unrest in towns and cities across the Netherlands that initially grew out of calls to protest against the country's tough lockdown, but degenerated into vandalism by crowds whipped up by messages swirling on social media.

The Netherlands has seen more than 950,000 COVID infections and over 13,600 confirmed virus deaths so far. 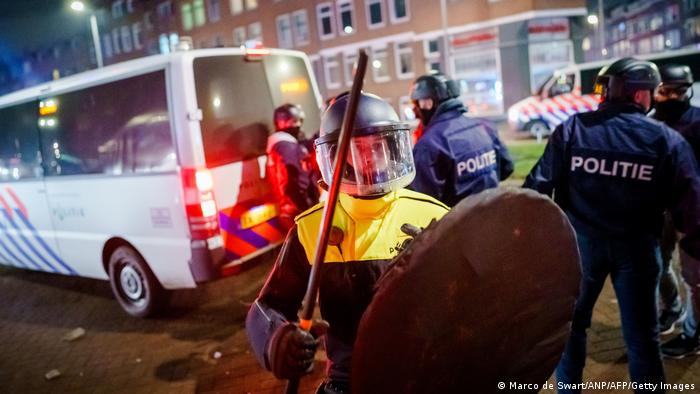 "It's unacceptable. All normal people will regard this with horror," Rutte told reporters. "What motivated these people has nothing to do with protesting, it's criminal violence and we will treat it as such."

Netherlands sees another night of violence