More than 4,000 schools in the Netherlands shut down on Wednesday owing to a teacher strike, according to organizers. The strike is the latest in a series of mass protests across the country. 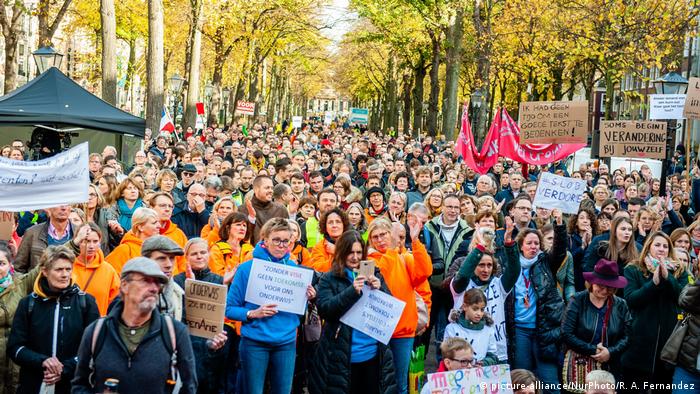 Thousands of Dutch teachers went on strike on Wednesday leading to mass disruption in schools across the Netherlands.

Teachers are protesting a perceived lack of funding, a rise in the amount of "burnout" rates and a teacher shortage, according to the European Trade Union Committee for Education (ETUCE).

The long-planned strike went ahead even though Dutch Prime Minister Mark Rutte reached an agreement with trade unions and schools last week, according to the Associated Press.

This would see an additional €460 million ($510 million) investment into education. Rutte pledged this money would tackle the teacher shortage, improve working conditions and raise salaries. 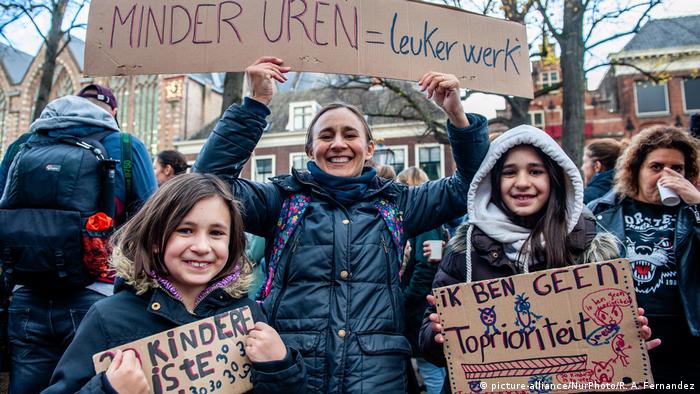 Students joined the teacher strike in the Hague

'Autumn of discontent' in the Netherlands

The action is a continuation in a large number of strikes across the Netherlands this fall amid growing dissatisfaction with various government policies.

Farmers and construction workers organized mass strikes in the past month in protest of the government's policy on emissions.

Teachers will not follow their example and congregrate in the Hague, but will instead organize smaller protests across the country.

The strike will last one day.