Police have questioned Benjamin Netanyahu in one of several graft cases that could topple his government. This is the ninth time that the prime minister has been questioned in cases directly or indirectly linked to him. 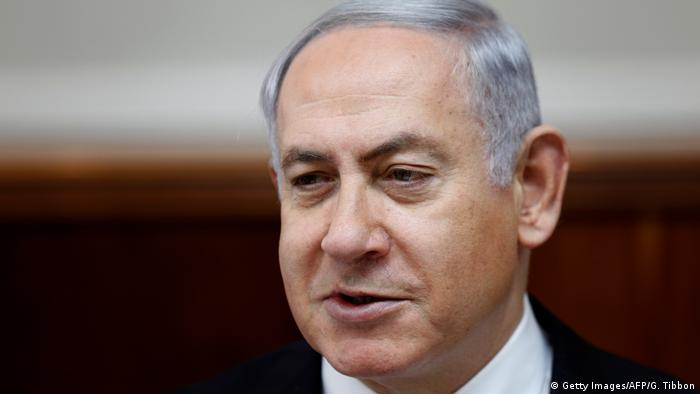 On Monday, police questioned Benjamin Netanyahu and his wife, Sara, for an investigation into whether his government improperly awarded benefits to Israel's largest telecom company, Bezeq, an official source told media on condition of anonymity after inspectors arrived at the prime minister's residence in Jerusalem on Monday. Officers also sought a statement from the Netanyahu's oldest son, Yair.

In what authorities call Case 4,000, investigators believe that Netanyahu may have sought favorable coverage from Walla, a news site owned by Shaul Elovitch, Bezeq's largest shareholder, in exchange for regulatory kickbacks to benefit the telecom.

Netanyahu, who served as his own communications minister from November 2014 to February 2017 — a period in which Walla's coverage of the prime minister became noticeably favorable — says he didn't influence regulatory decisions regarding Bezeq. Officials from the telecom, too, deny wrongdoing.

Nir Hefetz, Netanyahu's former media adviser, has turned state's witness in the case. Shlomo Filber, the former director general of Israel's Communications Ministry, has also signed an agreement to cooperate with prosecutors in exchange for lenience.

Monday's interrogation came at an inopportune time for Netanyahu, with German Foreign Minister Heiko Maas in Israel for high-level talks. 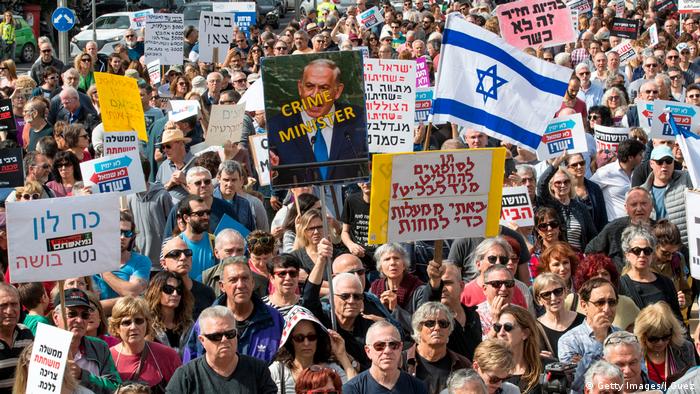 Netanyahu has fallen from public favor as corruption investigations mount

In February, police recommended that prosecutors indict Netanyahu on charges of bribery, fraud and breach of trust in two separate cases. The attorney general has not decided whether to follow through. Partners in Netanyahu's coalition say they will await the attorney general's next moves.

In Case 1,000, police suspect Netanyahu of receiving gifts from wealthy businessmen totaling nearly $300,000. The other, Case 2,000, involves a suspected plot to win positive coverage in Yedioth Ahronoth, Israel's best-selling newspaper, by offering to take measures to curtail the circulation of a rival daily.

Though Netanyahu is not a suspect in Case 3,000, police have investigated whether he attempted to facilitate a deal in which close allies lobbied officials to purchase submarines from the German company ThyssenKrupp in a deal that would have personally benefited them financially. The prime minister, who has held power since 2009, maintains his innocence and has denounced the numerous reports of corruption as a case of an overzealous police force and media.

Mass protests were held against corruption in Netanyahu's governmentin 2017. By the end of the year, the prime minister was backtracking on a bill that would have blocked Israeli police from publishing findings and limited their ability to issue recommendations for indicting public officials to the prosecutor's office.

Surveys show that about half of Israelis believe the police and think Netanyahu should step down. One-third think he should remain in office.